Send in the Swords

fourth episode of Enemies of Society 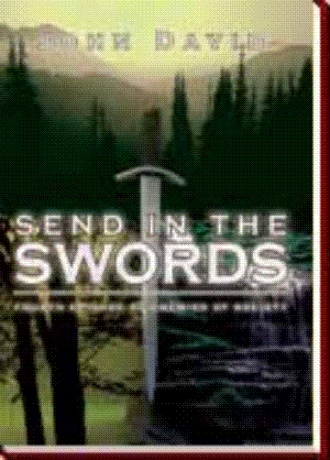 In the Beginning was the Universe - the Ultimate Entity and Meaning and Life Force - Entire unto Itself.

And Nature breathed unto Itself and evolved the Great Entity of Civilised Society out of Itself.

And with that wisdom and that knowledge the Great Collective Consciousness of Civilised Society came to fully comprehend its Supremacy as the Ultimate Guardian of the Universe and of Nature.

And with that Supremacy the Great Collective Consciousness of Civilised Society acquired the duties concomitant with its great function as the Ultimate Guardian of the Universe.

"Death!" entreated the latest vox-popper on the wallscreen. "That is the only punishment that can fit the crime!Bethine Rhodisi has to face the Death Penalty."

A splatter of consensus whirled around the crowd gathered behind the pretty young face of the speaker, and another young face pushed herself even closer to the camera.

"They've got to allow the Death Penalty," it supplicated angrily. "She is a War Criminal.Anything else will be a disgrace on the name of Greenwich!"

Bethine Rhodisi tried to bury her face deeper in the unyielding surface of her mattress, and wrapped her single pillow round both ears to shut out the litanies of hate erupting from the wallscreen of her solitary cell.

But it did not work. The wallscreen was on way too loud, and Bethine could no more turn it down than turn it off.

Nothing had prepared her for such a torture. She had been horrified to discover that it was not permitted to adjust or turn off a cell wallscreen in a Greenwich prison. If she had known about that rule, she might have been much less ready to turn herself in.

Bethine had assumed she was surrendering herself to a Justice system. The Planet of Greenwich was the capital planet of the Federation of Independent Planets. The Federation of Independent Planets had united most systems in the Third Sector to create the largest new power bloc in the Human Galaxy. There were now almost as many planets in the FIP as there were planets still officially subject to Imperial Dominion.

But there were very significant political differences - at least according to their respective media images.

The FIP were supposed to symbolise modernity, social cohesiveness, and responsive democracy. The Imperial Earth Dominion system was almost invariably portrayed in the modern Galactic Media as archaic, socially divisive, and unresponsively autocratic.

Needless to say, that was not how Bethine, Imperial military child of an Imperial military family, saw the Empire. The Imperial Freedom Conventions may have been old, but Bethine had been brought up to see them as the touchstone of freedom, in the severity of their restrictions on the powers of governments in the Dominion Systems.

Greenwich was also the headquarters of all major Galactic Media Networks. Earth, once the home of both entertainment and broadcasting, was in decline economically under pressure of spreading ice-sheets and comparative isolation from other inhabitable systems. Greenwich, once only the main advance base for all the broadcasting industries during the Galactic Wars, was now firmly wagging the media dog. Earth was nothing, Greenwich was everything, so it made a certain sort of sense for the newbies to be rejecting the ways of the oldbies.

Bethine had understood, much though she regretted it, that FIP rhetoric was vehemently anti-Imperial, but she had also known the FIP government was dominated by the Human Rights Alliance - and was actively promulgating something called a Universal Standard of Sentient Rights.

Bethine had assumed the words Human Rights, or even Sentient Rights, must mean something. She had assumed that when she voluntarily surrendered to a warrant citing an unnamed Imperial soldier as alleged murderer of Pierre Charpentier that she - the unnamed Imperial soldier concerned - would be as entitled to Human, or Sentient, Rights under their system as any other Sentient being.

"Death is too good for War Criminals!" an angry male voice shouted out of the wallscreen, as if in intentional denial of Bethine's assumption. "She should be given solitary confinement for the rest of her natural life."

Bethine tried to pull the pillow tighter about her ears. This was pure torture, but it was inflicted on her in strictest accordance with the Human Rights legislation of the FIP.

More than in accordance - it was actively decreed by the legislation. It was decreed that all prisoners had an absolute right to be kept fully informed of all events in the world outside, in deference to the theory that isolation from society created a psychologically damaging sense of social exclusion. The Human Rights Bill incorporating this legislation had been part of Greenwich law for five years, and had since been imposed Federation-wide.

Four years ago, the Greenwich-based Federal Supreme Court of Human Rights had accepted expert advice that a prison suicide was caused by a prisoner deliberately isolating himself from the outside world, and so getting in a deeply depressive state. 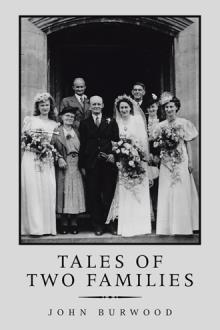 If the price of Peace is slavery, but the only alternative is extinction?
What choice must the good guy make?
To be the good guy, would you make Peace?
Or would you Send in the Swords?

Read SEND IN THE SWORDS, fourth episode of the ENEMIES OF SOCIETY series by John David, and decide.