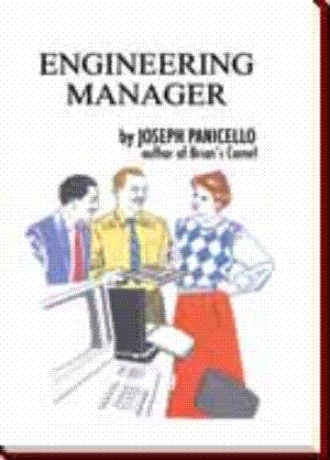 In the world of black box designs for military programs, there are three key staff members used by most suppliers to produce and deliver their products. These staff members are the Program Manager (PM), Engineering Project Manager (EPM), and the Electronic Design Manager (EDM). Many companies follow this approach. Upper management are, of course, involved but usually they do not deal directly with the development of a product. They are more concerned with costs and schedules.

The Program Manager is the Administrative force of a program. He is in charge of the contract and has control of many departments. The PM deals directly with such departments as Finance, Administrations, Master Scheduling, and even Production. He is the only person that communicates directly with the customer to avoid legal disputes. On technical discussions with the customer, the PM may depend on the EPM or even the EDM. However, not all programs require a PM such as an in-house design. The PM deals only with contracts associated with outside customers (Military) or from suppliers. He should not communicate directly with the EDM or his engineers.

The Engineering Project Manager is the Overall Technical force of a program and he deals directly with all of the technical departments such as reliability, maintenance, testability, etc. The EPM may only communicate with the customer if the subject matter is on a technical level but he should report any technical changes or requirements to the PM. These two managers must communicate together on all subject matters. The EPM also deals directly with the EDM but not with his Design Engineers.

The Electronic Design Manager and his organization Designs the Black Box and develops the equipment for production. The EDM doesn't work directly for the PM or the EPM but he has to interface with them because they are in control of the budget and are basically in charge of a program. The PM, especially, is the man that allocates the budget to all organizations and to the EPM. The EPM then distributes his budget to all of the support organizations including the EDM's. So, the 'indirect' chain of command is led by the PM, then the EPM and finally the EDM. However, neither the PM nor the EPM have any direct responsibility over the actual design. They must correspond with the EDM on any information about the design.

The EDM rarely communicates with the customer. He may be asked to present the design concept to a customer but only when the PM and EPM are present. It must also be understood that the EDM may have other contracts going at the same time with several unrelated programs and he could be dealing with different EPMs or PMs. As an EDM, the author has dealt with four different PMs at the same time on four different aircraft.

An Electronic Design Manager is a special kind of a person in the electronic business. His position can be very complicated at times because it is his organization that is responsible for the design of the electronic equipment. The personality of the EDM is also very important. He has to be the father, mother, brother, sister, and uncle to all departments including his own engineers. He has to be able to coordinate with the Engineering Project Manager, with the Program Manager, with Upper Management, with all of the other support organizations, and sometimes with the customer.

When there is a problem in the field, the EDM seems to be the only one on the firing line because his organization is the last one to come down the equipment pike. The whole design is on his shoulders and he is the buffer between upper management and his design engineers. A good EDM is a person with a lot of design experience who also has management talent. Before the author became an EDM, he had always felt that he was a pretty good electronic designer, but he really found my niche when he became an EDM. He actually enjoyed this position because it had so many different challenges to it rather than just designing equipment.

A good EDM has to be involved in all aspects of a program. He even has to get involved in the packaging. The author enjoyed this new challenge and, as they say, enjoyment is the key to any successful profession. As far as the firing line goes, he was so used to being reprimanded for minor schedule slippage and being over budget, he learned to shrug it off because he felt "it came with the territory." The main thing is, he had control of the program and he knew that his department would produce a good design within a reasonable time frame and budget.

Prototype
The normal and best approach in the development of an electronic box, is to use four (4) phases of fabrication. The first phase is the Breadboard stage, the second is to build a Brassboard, the third is to build Prototypes, and the fourth is build the First Production Unit.

Breadboard Phase
The author recommends that the EE should breadboard only those circuits that appear to be complicated. Analog circuits, especially Power Supplies and RF circuits, should always be breadboarded. High speed digital circuits should also be breadboarded but must be laid out on a simulated PWB to cut down pick up, radiation and crosstalk. High speed or RF haywired breadboards will not play the same as they do on PWBs.

Low speed combinational logic circuits may not have to be breadboarded. Breadboarding is a very important phase in the program because electronic circuits don't always work the way the paper design says it should. There are so many unknowns that cannot be foreseen until the design is breadboarded and tried out. Crosstalk, pick-up, EMI, and race problems cannot be calculated on a paper design especially with high speed chips. An example of a race problem is when one chip is enabled before its turn.

If one has the capability of CAD simulations, many of the low speed logic circuits can be checked out with this system and may not have to be breadboarded. This is th 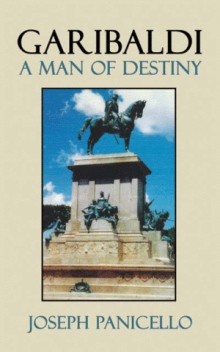 Although the book emphasizes Electronic Management the text may be valuable to all engineering managers. Before I prepared this book I discovered there was no formal training or written material to create new Engineering Managers in industry. Generally, when an engineer is promoted from within a company, he's given no prior instructions on how to manage his new organization. This happened to me when I was promoted to manager a very sophisticated Electronic Design Department with no prior training. I was told, "You're now the Manager of the Avionics Design Department responsible for designing electronic black boxes for Lockheed's aircraft."

Designing electronics is one thing, but managing a large group of engineers who have as much experience as I have was not an easy task. It was no longer just technical ability and experience that allowed me to be the design leader but now I had to deal with personalities. Not only did I have to monitor the designs but I also had to be concerned with budgets, schedules, deliveries, purchasing, meetings, etc.

This book provides a different approach on a subject that has not been fully documented or thoroughly explained before. The method used here covers all aspects of Engineering Management mainly from an experienced point of view. Over the forty years in the electronic design business I have learned many management techniques, and by combining these experiences with my own ideas I believe I have created the ideal text that can be used to teach any engineer to become an Engineering Manager.

The book may be used by companies to assist upper-management to monitor their programs and to train potential supervisors in the basic art of managing a department. It can be used as a guide by the graduating student or for the entrepreneur who is interested in starting up a new company. As I mentioned, this comprehensive book can be used by all types of engineers and not exclusively in the field of electronics. The principles are basically the same. The military will find the information in this book an ideal text to train their personnel on how to monitor military programs and will help them in the process of selecting vendors and evaluating quotations.

Chapter I covers what I consider to be the proper structure of a design team. It consists of the Electronic Design Manager (EDM), Electronic Engineers, System Engineers, Mechanical Engineers, Software Engineers, Printed Circuit Engineers, and Technicians. I thoroughly explain the responsibilities of each of these positions. To illustrate the management design structure I walk the reader through the design procedure of an example black box step by step. I discuss the complete electronic design approach and its mechanical enclosure. I then introduce a unique budget tracking system showing man-hours spread charts that will assist the EDM to monitor all of his programs.

Chapter III covers the classical company structures of upper-management. It explains the different types of organizations such as Matrix and Projectize. It provides a complete Organizational Interface Chart and explains their relationship with upper-management. This chapter goes into explaining the duties of a Program Manager (PM) and the Engineering Project Manager and how they interface with the Design Manager. It covers the non-technical responsibilities of such organizations as Finance, Administrations, Contracts, Legal, and Purchasing. This book is essential for all managers to have in their possession.

Chapter IV provides examples of actual design practices. In my design approach, I do not use the classical approach because there are many text books available at Universities and Libraries that provide technical formulas in designs. The method used here is to provide several design examples using my own experiences I gathered over 40 years. This approach may help the prospective engineer when he comes across similar design problems.

Joseph Francis Panicello was born in Queens, New York, on October 31, 1927. He was married for 30 years to his late wife, Rose, and is now married to his lovely wife Barbara who has eight children. Joe has three daughters, Jo Ann, Marie, Teresa and eight grandchildren.

Joe Panicello is a World War II veteran serving in the Navy on LST 533 for two of his three years of his enlistment. He has a brother, Carl, who was in the Army during the war and is now living in Long Island. Another brother, Thomas, who was also in the Army, was wounded in the Battle of the Bulge. Both Tommy and Joe's step sister, Marie, passed away in the nineties.

Prior to pursuing his writing career, the author maintained a successful 40-year career as an Electronic Engineer for Lockheed Aerospace in Burbank, California and Bell Telephone Laboratories in Whippany, New Jersey. He received his college education under the GI bill at Newark College of Engineering in New Jersey in 1959 and at RCA Institute of Advance Technology in New York in 1952.

Brian's Comet, The Wheeler Dealer, A Slow Moving Target, and the Engineering Manager book may be purchased through the Internet via, www.1stBooks.com, through Amazon.com, and at Barnes & Noble or other book stores. His other books Vindicated and The Great Sicilian Norseman may only be purchased from North Hills Publishers by calling (818) 894-6729.