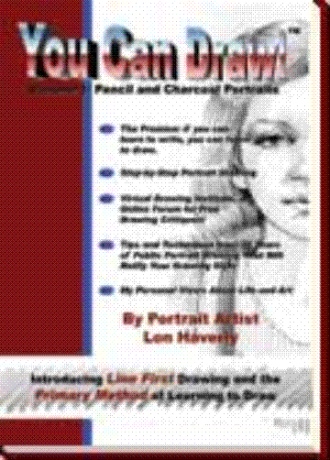 Pablo Picasso said that every child is an artist; we just prevent them. He knew something. He knew that in every child there is an innate desire and instinct to be an artist at some level. He also knew that society was inadvertently standing in the way.

I learned of this quote only recently, after having come to the same conclusion myself. So many children start out in life with zeal to draw and paint but become stifled and discouraged because their parents or teachers did not know how to foster and nurture their ability.

Is it possible that we are neglecting a natural ability to such a great extent that our species might at some point lose that ability altogether? Will artwork be like the hieroglyphics on the caves of a forgotten era? Will it be all clip art in some digital storage system and no one will ever have to create anything by hand? Perhaps in the future even handwriting will no longer be a necessity with the onset of the word processor, and we will consider those who can do handwriting talented or gifted. If you are old enough, you can remember the Palmer method and recall the days when teachers took handwriting seriously in the daily classroom. You will readily agree that there is very little left of the art of handwriting in the schools today, and in the society in which we live. It was not that long ago when society required good handwriting and it considered even the artistic flourishes worthy of study. Spenserian writing was commonplace among the founding fathers, and in Europe when the quill was in use. Who would have believed then that it was to vanish, and that handwriting would become what it is today, a barely readable scrawl? Drawing never had the place that handwriting once did. Most people believe that drawing is surely a gift for only the fortunate few.

It is true that all people cannot excel in math. All cannot sing. All cannot excel in athletics. We all have different special abilities, but there are some things that all of us can do. Some common abilities require nurturing from one generation to the next. Knowledge itself was at one time passed on from one generation to the next by word of mouth, if the people survived. When writing became common, knowledge began to grow and societies developed. Drawing is one such ability. If we nurtured this ability more effectively, there would be far more advancement into the many other forms of art than what we see in our society.

If what Picasso said is true, and I think it is, we need to rethink the whole issue of art in our society. We need to evaluate how we are preventing art from thriving in our children and ourselves, and what we can do to turn that around.

I am not a writer. I am an artist. It is not even that I am such a great artist that I write. I would not have been an artist at all without the early exposure to some awesome fundamentals. Because I received the training as a child, I received the power and freedom of choice. I want to tell a big secret; this is something that everybody can learn, as surely as we all can learn to read and write!

"Drawing is an instinctive ability which society must nurture in every human being, just as writing."

"We train children to fail in art!"

Lon Haverly is one of the few full time "public" portrait artists in the world. His commissions number in the tens of thousands and can be found on every continent. For thirty years he has publicly worked in pencil, charcoal, pastel. Almost every major television news network has called upon him to draw as a courtroom artist. He was classically trained as a child in a private art school owned by his grandfather. One of the world’s foremost masters of the ten-minute sketch, his work has been described as having great economy of line and depth of expression. Few can achieve in ten minutes what he does; yet it is his passion to show you that "You Can Draw!"