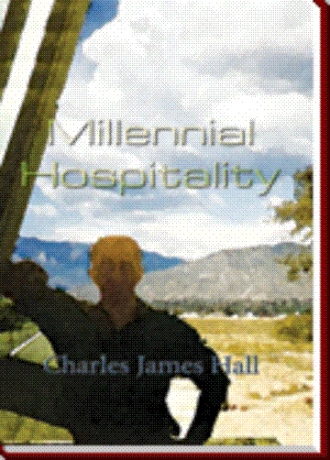 "Who, Sullivan?" I interrupted in surprise. "Who'll come? Who is it that comes in the darkness?"

"NO!" Sullivan continued, now screaming in terror. "NO! GET BACK FROM ME! GET BACK! YOU CUT ME DOWN ON RANGE ONE! I WASN"T DOING ANYTHING TO YOU! YOU'RE NOT HUMAN! YOU CAN'T BE SORRY!" Then he apparently began reliving some of the awful nights of terror that he'd spent alone, out in the empty darkness of the desert ranges so many months ago. He could be heard dropping the phone and screaming hysterically, "No! There's no such thing! NO ! There can't be! -- Chapter #4

I opened the door and went in. Sitting there in a soft chair, in a darkened room, was a pleasant man, probably in his early forties. He was neatly dressed, wearing a nice three piece business suit with a narrow necktie. The bulge under his left arm pit betrayed the gun he was carrying in a shoulder holster. From the size of the bulge, I concluded that the gun must be an unusually large caliber. The bulges in the pockets of his suit jacket looked suspiciously like extra ammunition clips. "Unusual tools for a neurosurgeon", I thought to myself. -- Chapter #16

Coming out of the pass, I could see the Mojave Wells base in the distance. It looked so beautiful and peaceful as it lay exposed in the afternoon sunshine. --

-- You know you got to be in a lot of trouble now that Base Commanding General has gone and learned your name." Then Smokey bent over laughing gently, spit on the ground, and laughed some more. -- Chapter #7

While I watched, she remained standing there, completely at ease in the hot, bright sunshine. She stood looking at me through the windows. I sat on the chair inside the lounge, watching her in return. She obviously wanted me to see that she was out there. The chalk white aluminized canvas jumpsuit that she wore, matched the chalk white color of her skin. It did not glint in the bright sunshine. With her large bright blue intelligent looking eyes and her short blonde-white hair, she appeared to be the very personification of a hot, bright, summertime desert afternoon. She appeared to be a creature created entirely out of sunshine. -- Chapter #19

... Believing now that I understood how men felt, men who were forced to fight desperate battles and face the unknown alone. I grimly assessed my desperate situation. I decided that I had to get back to my weather shack . . . at any price. -- Chapter #8

"You'll never know how bad it was." responded the stewardess quietly. "Our pilot had panicked. . . . The pilot came on the intercom and told us that the hail and the turbulence had damaged the plane. He said that it was impossible to go on, and that he was still going to have to crash out there in the cold nighttime, rain soaked desert. All of the old people were praying and all of the little kids were crying. The pilot had already started to turn back.

Then, I could hear the tower operator shouting at our pilot. He was shouting, ' -- Now what are you going to do, ruin this man's Christmas just because you don't have the guts to follow his instructions --? Keep heading northeast, man! Do like the weather man says! -- And if he's wrong, what do you care where you die? -- Now get back on that northeast beacon!'" -- Chapter #14

The road was sunken, a little, and concealed by sagebrush on both sides. Keeping in the shadows on my side of the road, it was a simple matter to see where I was going. I had fallen in love with the beauty of the desert that evening. It seemed like I would destroy that beauty if I were to turn on my headlights. Since I didn't need the headlights, I decided to leave them off for the entire drive. So it happened that, had anyone been watching, they would have had no way of knowing that I was coming. They couldn't have known that I was coming from so far, so quiet, so unseen, and, speeding up to 35 miles per hour, coming up on them so fast. -- Chapter #11 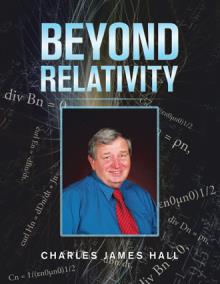 Millennial Hospitality is not like any other book you may have read about aliens. You will find out many new things such as, the answer to the question, "where do the children of aliens play?" This book is about friendship, romance, terror and is based on the true life experiences of the author, who claims he is not an alien.

Charles Hall served in the USAF in the mid ’60s, here in the states, as well as in Vietnam. His real life experiences while serving as a weather observer provided the background material for this book.