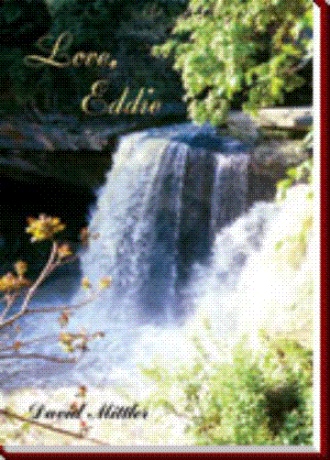 Cascade Park officially closed at sunset; the only light came from the security lighting around the pool. A cloudless night sky revealed only a sliver of moon surrounded by a flurry of white, twinkling stars. Unsure of our footing, we slowly stumbled down the hill to the valley floor, but once our course leveled out, we bore a line straight across the ball field towards the reassuring glow of the pool lights. Around us, the park brooded in a wakeful vigilance, aware of the two nightly trespassers and each move we made.

Outside the fence, we looked in at the eerily-silent, ghostly-blue water. Witnessing a floating corpse, face downward, would not have surprised me. The setting was perfect.

"Spooky, huh?" Tom asked, his voice less confident than before.

"Why don’t we turn around and go home."

He hesitated, then with feigned exuberance replied, "Naw. We’re halfway there. We’ll just have a quick look around and then beat it on outta there."

I took a last glance at the spectral swimming pool and realized that our destination would make the pool look as bright and cheerful as the Emerald City. Casting all hope to the wind, I set off after Tom along the exterior of the fence to the tree-covered grade overlooking the pool.

No path led to the horrors above. Although the lower rise of the hill was blanketed with high growths of weeds and bramble, the trees were younger, thinner, and sparser than those above. Here, even in the darkness, we found the climb easy. But as we drew nearer to the summit of the hill, a net of pines, maples, and oaks closed tightly about us. The woods were unnaturally quiet. A single, mournful hoot of an owl and the baying of a far-off hound were the only sounds upsetting the dead stillness. No breeze stirred the leafy roof over our heads. The trees continued their watchful silence as we groped our way through the forest’s maze, and I expected at any moment to be attacked by murderous phantoms that lurked behind the thick trunks. Finally I stopped.

"Tom," I called, my voice deadened by the tunnel of trees around us. "I can’t see where I’m going."

"Well, use the flashlight."

"Just use it till we get up this hill. Here, give it to me."

He flicked on the light, and the brilliant beam cut a narrow path through the blackness that lay before us. Onward we crept until the slope became less steep, and at last we stepped over the top edge. Tom switched off the light. Here the woods continued on, even more dense and threatening than below, but as we stared ahead, we noticed a faint pinpoint of light.

"There’s the house, Chris. There must be a light in one of the windows. Come on. It’s only another thirty yards to the back. And whatever you do, be quiet."

"But what if she’s waiting out there someplace with a gun or an ax or something!"

Almost numb with fright, I again followed after my cousin. Noiselessly we wove a path through the gnarled old trees. Their drooping branches swiped at us as we ducked beneath their skeletal fingers. They seemed to be warning us back from the dangers ahead, but no heed did Tom pay them, and I trailed shakily behind. As we slipped through a gap between two huge pines, we suddenly stopped. In front of us, not ten feet away, was the Ravenwood house.

Featureless in the night’s darkness, the house nevertheless possessed an air of immense evil. The light we had glimpsed from deep in the woods was now plainly visible, emanating from the far right window on the second floor. No other light did we see.

"That must be her bedroom," Tom surmised. "I wonder what she’s doing up at this hour of the night."

"I don’t know and I don’t care. Let’s just get outta here. It’s too dark to see anything in the house anyway."

"Well, before we go, let’s have a look around."

"Not me. You go ahead. I’m staying right here."

The year is 1961. Chris and Tom Sabo, cousins and best friends, are eagerly looking forward to a carefree summer vacation in their hometown of Elkville, Ohio. Swimming, camping out in the backyard, and exploring the woods and rocks of nearby Cascade Park are only part of their plans for the best summer ever. Eleven-year-old Chris, shy and nervous around girls, anxiously awaits the return of the girl he secretly adores; and Chris knows that with Tom’s wild imagination, excitement and adventure are never far away.

But the carefree summer vacation soon turns into a nightmare, as Cascade Park becomes the scene of a number of unusual accidents. But are they accidents? Could the "witch" who lives in an old mansion next to Marymount Cemetery somehow be responsible, or do the curious happenings in the park involve a distant relative of theirs named Eddie, a strange man who believes himself to be a famous detective?

As the boys learn more and more about the terrifying events, they are propelled into a mystery that reaches its ultimate climax during a violent snowstorm in the wilds of Cascade Park. Only then do they learn the astonishing truth.

David Mittler has been a lifelong resident of northern Ohio, growing up in the shadows of Cascade Park and still making his home in Elyria. Since his graduation from Otterbein College, he has been continuously involved in education, serving as a junior high language arts teacher, a college English and writing instructor, and presently as the assistant principal of St. Richard School in North Olmsted.

Throughout his years as an educator, he has shared with students many of his humorous experiences about growing up in the 1950s and 60s, and the popularity of his storytelling inspired him to write his first novel, Love, Eddie.