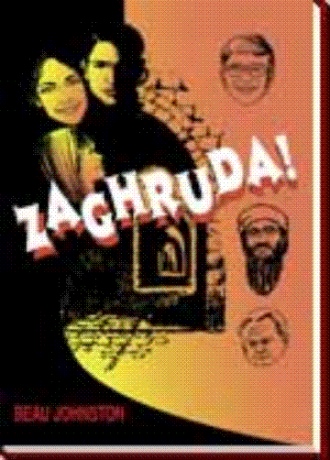 Mohammed nodded his head. He took it black.

"Well, now it is time to get down to business. I want to give you a few facts to dwell on. Then we will take you back to your room and you’ll be given an hour to think about things. If you continue to refuse to cooperate then you will leave us no choice but to introduce you to Matilda in the flesh. Fact one, Matilda is 27 feet long and weighs 330 pounds. Fact two, the double bombings at Nairobi and Dar es Salaam killed 257 people and injured another 5500. Many of the injured are handicapped for the rest of their life. Fact three, my people at Langley tell me that many Muslims believe that you go to the afterlife in the form you are in when you die. If you happen to be encased inside an animal you will stay there forever with no chance for redemption from hell." Anderson smiled, "Do you believe that?"

Mohammed did not answer, but he had been told this in his youth. Later in his room, he thought about what Anderson said. They had to be bluffing. He must see this charade through. Hopefully the snake had found itself a big iguana or calf or something else to eat recently. An hour later they came for him. The restraints they put on his wrists and ankles were now made from leather instead of steel.

"We don’t want to give Matilda indigestion," Anderson remarked. "Have you changed your mind?" He did not answer.

They attached a thick leather collar about his neck and secured it with Velcro. Then he was taken to the porch where there were four boats waiting. Three of the boats had Venezuelan men in them. Mohammed went in the fourth boat with an attendant who did the poling and Anderson. A person on the porch rang a bell. In the movie it seemed to take forever to get to the center of the lake. Today they were there in no time at all. Periodically the porch bell rang out. At the center of the lake the boats stopped.

Two men from another boat waded over and lifted Mohammed out of the boat and stood him up in the water that came to his mid-thigh. They returned to their boats and then all four boats backed away 20 feet. Mohammed stood there, the thick uncomfortable collar forcing his head upwards.

The bell continued to ring occasionally. Fifteen or twenty minutes had passed when Mohammed saw one of the men point to a place about 40 feet away. Mohammed looked where he was pointing and noticed the hyacinth rolling in his direction!

What happened next happened so fast! The snake sprung from the lake and grabbed him by the neck! All he could see was rows of small teeth in the back of the open mouth and a fierce eye fixed on his own. Then he felt the first coil encircle his arms and shoulders. The second coil came around and with it he felt his breath go out.

"Anderson! Anderson!" he screamed, as the pressure became unbearable. "I’ll tell everything! Get it off me!"

Anderson motioned to the others and the men jumped into the lake. By the time they reached Matilda she had a third coil around Mohammed and he was struggling to breathe. It took the men about ten minutes to disengage the snake. They just ripped the collar loose and left it in Matilda’s mouth. Mohammed lay on the floor of the boat gasping for air.

"Mohammed," Anderson said, "we have your accomplice, Haji Ibrahim. After we get your answers to the questions we’re going to call where Ibrahim is. If he has told us one bit of information that is important and you neglect to tell it to us, you’re going back to the center of the lake and we leave you there. Is that understood?"

When they got back in the main building Mohammed’s shaking slowed down enough so he could smoke a cigarette.

They had a camcorder set up and Anderson turned it on. "Mohammed, who masterminded the bombings?"

"Where did you train for the operation?"

"Who was your moneyman in Dar and how did he get funds to you?"

"The jeweler on Arbat Street. His name is Ahmad Yassin. We would come to the backdoor of his jewelry shop every Friday and take out the week’s trash. He would slip us what we needed then."

"Were there co-conspirators in Dar?" Anderson continued.

"I only know of me, Yassim and Haji Ibrahim."

About an hour later Lee Anderson called the counterterrorism center at Langley. 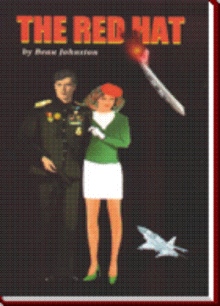 ZAGHRUDA is an Arabic word for a shrill, vocal outburst. One hears this distinct and unrestrained sound when women of the Arabic world are expressing great happiness.

Neither terrorist bombs in Tanzania or assassin bullets in Belfast can deter Reuters journalist, Smiley Sebastinelli, as he travels the globe to collect information for a TV documentary. Smiley, together with his best friend and former Harvard classmate, Bill Yates, independently determine to try and improve the world they live in. The documentary depicts recent atrocities perpetrated by man on his fellow man. Bill, a multibillionaire software entrepreneur, plans to host a religious conference at Versailles to advocate a single world religion.

Smiley travels to Africa, Northern Ireland, Algeria and Yugoslavia to gather information for the television documentary. In Tanzania, he falls in love with a beautiful Muslim widow, Nursel. She has a precocious nine-year-old daughter named Yasemin. Nursel and Yasemin move into Smiley’s London flat and become a family in the very dangerous world in which Smiley moves.

Smiley’s travels put him in touch with Osama bin Laden and Slobodan Milosevic with predictably hazardous consequences. He also encounters a letter purportedly written by Jesus!

Smiley and Bill wonder, in this time of the Internet with near instant worldwide communication, how atrocities can continue to occur. Will either of them be able to achieve their goal and make this a safer and saner world?

BEAU JOHNSTON attended high school in Ellwood City, Pennsylvania and then went to the Phillips Exeter Academy for a year. He graduated from the University of Pennsylvania, receiving a BS degree in Economics. Beau was an industrialist in the Pittsburgh, Pennsylvania area until 1991 when he moved to the Innisbrook Resort in Palm Harbor, Florida to pursue a writing career. His first adventure and romance novel, THE RED HAT, is also listed with 1stBooks Library.