Then I Came Home 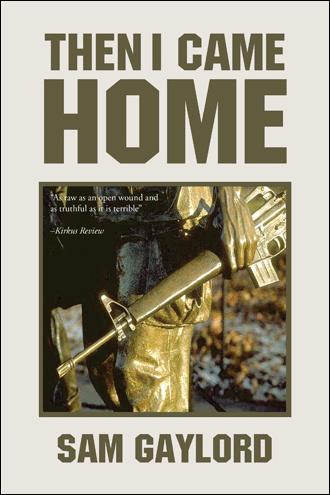 When we went anywhere, we either walked or took the old row boat. We walked to the school bus stop, which was about two miles each way, straight up and over the hill. Since we didn’t have coats or boots to wear, I hated walking to the bus stop in the winter. My hands and feet got so cold. We placed cardboard in our shoes to cover the holes. When there was snow on the ground, we tied rags around our shoes to help keep our feet warm. We tied rags around our ankles to keep snow from getting inside our shoes.

On my first day of school, I hid under my desk. I was afraid of the other little people. The only little people I was ever around were my sister and brothers. My teacher, Miss Giltner really scared me.

I was always getting a lot of whippings at school. One day, I was peeing in the school basement and Mr. Butler, the school principal, caught me. Outside was cold. I didn’t want to go to the outhouse. He grabbed the back of my neck and pulled me up the steps. He got my brother, Bill, and told him to give me a whipping. Mr. Butler bent me over his desk and gave my brother his belt. My brother hit me a couple of times real lightly. Then, he started crying. Mr. Butler grabbed the belt and really let me have it. The whippings at school were bad enough, but that only meant I also got a whipping at home. When I got a whipping at school, I was given a note to give to my parents. I was scared all the way home.

I always hated getting my report card. If I got a "F" for one of my grades at school, I got a whipping when I got home. I usually had at least one "F". Sometimes, I would change the "F" to an "A". But, mom always knew and whipped me anyway. Not only did I get a whipping, but I also hated getting a "F" because I just felt plain dumb. I started getting used to the whippings; it grew to be just a part of life. The times that I didn’t get a "F", I still felt bad because I knew my sister or one of my brothers would have a "F" and would be getting a whipping. I hated to see my mom and dad hit my sister or brothers.

I kept falling asleep and Donnie kept slapping me awake. I saw the medi-vac choppers overhead as they were coming into the Lz. They put me and the other wounded Marines on the choppers and we were soon on our way.

Most of us were in serious condition. I could feel the vibrations of the engine. There was blood everywhere. Donnie cradled my head in his arms. He kept telling me that I would be okay. Since he couldn’t give me water, he poured water all over my face. They took us to the nearest Navy Field Hospital.

As we came off the choppers, we were quickly examined by the doctor. The doctor decided which Marines could be saved. The doctor sent them inside immediately. He did not want to waste valuable time on the ones he felt would probably die regardless. The Marines with serious wounds waited outside on a stretcher. I was left outside. I was hoping they would hurry and help me. I was so scared; I didn’t want to die.

As I was lying there looking up at the sky, I saw Donnie’s face appear above me. He was bandaged from the waist up. I did not know until that moment that he had been wounded. I felt myself being carried inside the hospital.

When I woke, I heard country music. I couldn’t remember how long I had been asleep. In fact, I was not sure if I was even awake. I didn’t know if it was a dream or if it was reality. I thought I had lost both my feet. I could still hear country music. I was told the doctors and nurses hated country music. Donnie or someone said I had requested that they play country music. So, they kept playing it. That was not a good sign.

I didn’t know how long that I had been at the hospital. Had it been four days or four hours? I could never wake enough to know what was happening. I remember some of the guys telling me good-bye as they reached under the sheet to squeeze my hand.

I thought someone told me I was going to the 106th Army Hospital in Yokohama, Japan. I could never tell if I was dreaming or if something was real. One day, I did wake enough to realize that I was on a plane. I was on some sort of military transport plane. I was laying on a stretcher and there were several other wounded on the plane. The guy on the stretcher above me started bleeding. The blood was dripping down on my chest. He needed help. I couldn’t speak. I couldn’t even move. I went back to sleep.

I received word from Uncle Sam through the Veteran’s Administration that I would receive $500 a month in compensation benefits. Was that great news or what? I could not imagine the government paying me all that money. I was so fucking happy. If I had feet, I would had jumped up and started dancing. I wondered where they were going to get all that money. I lost both of my feet serving my country for $500 a month? What a crock of shit! Before, I THOUGHT I was depressed.

Life was not fair. All my plans and hopes for the future had been destroyed. Employment and career opportunities had been ruined. I guess I should not had been surprised. After all, that was the same government that sent me to that shit hole called Vietnam.

America, your disabled combat veterans deserve better. America should have been ashamed. I was only nineteen years old and I would be disabled for the rest of my life.

Days were dragging. It was almost Christmas. Merry fucking Christmas to me. My tree had lost it’s last leaf. It was standing all alone now against the snow and blustery wind. I was walking a little more, but not much. I didn’t give that much of a shit anymore anyway. I kept asking God why he let me live, but I never got an answer. I thought he had given up on me. I can’t say that I blamed him. I would had given up on me too.

After I went home, I never took any pain pills. I never wanted to take the chance of getting hooked on drugs. However, I discovered a neat little secret. If I drank alcohol, it helped the pain go away. It made my world a whole lot better. Before the military, I only drank a beer or two that I stole from my relatives when they visited. I never drank in Vietnam. I always traded my beer for cokes or food.

Mom went to Madison on Friday evenings to do the grocery shopping. I always gave her money to buy me beer and whiskey. Mr. Beam and his Uncle Bud became good friends of mine. Drinking made my world a whole lot better. It made me happy and I laughed a lot. Beer and whiskey made my legs feel better. Drinking also made it okay for me to feel sorry for myself. After all, look at the shitty shape I was in. I had a right to feel sorry for myself.

I kept thinking about how I made the wrong decision for my future. I kept going over and over my past. I thought I was making a decision to better my future. Instead, I destroyed my future. I remembered when I was a little boy and how I hated walking in the snow to the bus stop. I hated it because my feet would get frozen from the holes in my shoes. I would had given everything I owned to feel that cold snow on my feet one more time.

I didn’t know what was happening with me anymore. I prayed for God’s help. I didn’t think he cared. Maybe I just didn’t care anymore. I was so angry. I wanted to be proud that I served my country, but I wasn’t. I should not had been in Vietnam. That was not my fucking war. I lost too much for n 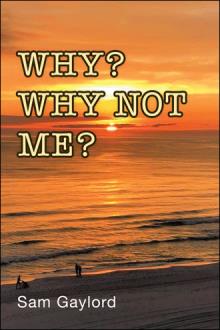 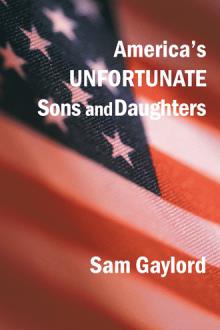 At some time in our lives, some of us face hardships and heartache. Some of us are forced to face devastating tragedies that completely change the person that we would become. The decisions we make at that time have a profound effect on the rest of our lives. I will take you from the foothills of Southern Indiana to the steamy jungles of Vietnam; from the rice paddies near the South China Sea to the Jungle near the DMZ. However, do not make the mistake of thinking that this is just another book about Vietnam. I grew up in the heartland of America. I believed in the American flag, apple pie and "God Bless the USA". As a young man, I believed and trusted my government. I joined the United States Marines and served in Vietnam. I wanted to fight for my country like my dad and uncles had in WWII. Soon after arriving in Vietnam, I realized my country had betrayed me. This is my story.

Sam Gaylord has a college degree in Business Administration. For several years, he worked as a representative for America’s veterans. Currently, he is a self-employed businessman. He is a businessman that has dedicated his life to helping disabled veterans. Sam knows that America’s combat veterans have no voice in Washington. He knows what it is like to face job discrimination due to his service-connected disabilities. As a disabled combat veteran, Sam knows firsthand the difficulties of supporting a family. He wants America to know that disabled combat veterans are receiving compensation under an archaic system, a system that ignores today’s economics. Seriously wounded combat veterans are sent home and forgotten. America needs to renew its obligation to these veterans and pay them the compensation they have earned. A portion of the proceeds from this book will be used to provide education funds for the dependents of disabled veterans.