Seven Tales from the Black Experience 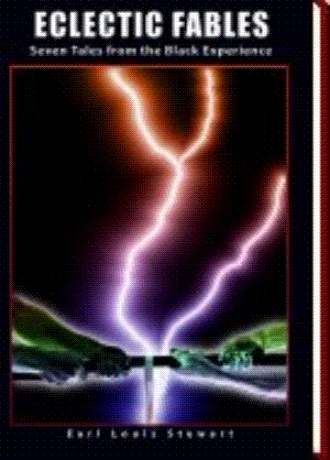 "I'm a police officer," Ruben Francois retorted, after skipping awkwardly over a puddle of blood he initially didn't see when he approached the savagely hacked body of Roger Latteff, a BRPD detective--and the latest victim of a serial killer.

Erica Gottschalk, special agent with the FBI, interceded quickly. "Is there a problem Mr. Mouton?"

Francois extended his hand for Mouton to shake. But shaking the hand of Franscois was more than the balding, slightly obese Cajun could accept. He turned away, and walked briskly towards his co-workers on the other side of the blood-splattered living room.

Gottschalk noticed a well-dressed gentleman threading his way through the crowd and sectioned-off parts of the room, enroute to her.

She turned to Francois and said, "See the man approaching us?" We snatched him recently from New Orleans. He's good."

No sooner did Gottschalk complete her remarks than the gentleman arrived.

Cannon looked at Francois and nodded, then turned back towards Gottschalk.

"I have some ideas about this case," Cannon said deliberately ignoring Francois.

"Fine. I'm sure Agent Francois is interested in hearing them. He's heading this case, Cannon. I'm sure you'll be happy to assist him--right?"

Cannon stared at Gottschalk indignantly, then replied in an ego-saving manner, "Of course."

He then turned and walked towards the same group recently augmented by Mouton.

"Don't worry about them. If you're ready to leave I'll give you a lift."

'It is getting late. Sure it's not an inconvenience?"

They left the crime scene together, trailed by hostile stares that followed them to Gottschalk's car.

The conversation on the other side of the room was quite different.

"The perpetrator used one of Latteff's own knives. You know, first I thought dis murder might be connected wid dat domestic dispute Latteff was involved in coupla weeks ago?"

"Think one of that boy "s relatives murdered Latteff?"

"Nah. Same person did dis did da othas. They was done by a ------, accord'n to forensics. Not a ordinary one though. Dis one crazy, and evil. Real evil!"

Mouton looked over at Latteff's body and shivered.

is a set of short stories derived essentially from the complex experiences of the author. They still remain potent to this day – even if they are not as frequently or explicitly addressed. These themes include racism, interracial dating, gang violence, racial identity, and metaphysics.

The author has not limited himself to one genre but has on occasion interwoven different genres in an attempt to make these provocative tales more entertaining.

Earl L. Stewart is an associate professor in the Department of Black Studies at the University of California at Santa Barbara. He has written numerous articles dealing with the stylistic and theoretical development of black music. He is the author of the textbook African American Music: An Introduction.

He is also a highly active composer and conductor. He has composed more than two hundred compositions. Well-known artists as Cannonball Adderly, Alvin Batiste, and Kent Jordan have performed his compositions.

Stewart is currently completing his first novel titled Stamp of Approval and his second book of short stories.