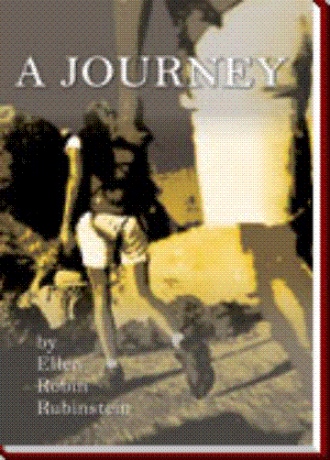 The snow-covered crown of Europe was like a fairyland to me – the air so pure, the grass so green. We encountered brown mountain goats, soft and friendly, and the language was spoken with a lilt which I knew the Germans found offensive but which I found charming.

Aside from minor squabbles, Theo and I shared a few wonderful weeks in the Swiss cities and Alps. We walked together, until we were weary, through Zurich, Luzern, and Geneva, thrilled by the gorgeous lakes, the intricate architecture.

Our five-day stay at an Alpine hostel, reached only by cable-car or a half-hour walk from the nearest road, was truly an escape from the rest of the world. From there, misty mountains afforded us several spectacular hikes, including a pink sunset behind white clouds, superimposed on white snow-covered mountainsides. Standing ankle-deep in snow in my wet boots, I felt I was floating. Mesmerized by that view, we were willing to end the moment only because the sun would soon be gone.

In this cloud-enshrouded retreat, we met an American from Alabama, named Wade. He was traveling as we were, on a similar budget, and had bought a small old German auto in which to drive around Europe. Wade told us of the beauty of the French countryside but was more excited about the Swiss Alps. As we sat in the dining hall, Theo and I shared stories with him of our experiences in Israel and Austria. We enjoyed each others’ company so much that we decided to travel together for a while. Leaving the hostel, we three took the cable car down the side of the mountain to the valley below, where Wade’s car was parked.

We then headed to another Alpine town with a youth hostel, once stopping to explore one of the many glaciers in that region. Parking at the side of the road, we carefully climbed out. The rocky edge dropped precipitously, and through the mist we saw a mass of ice, not far from the road. We could barely make out the far edge of the frozen flow. Dark birds flew overhead, swooping close to the glacier then swooping away, under a cold gray sky. The scene was impressive and intimidating, we tiny humans facing this huge, creeping power. Our new-found friend was thrilled.

"Those birds sure know about glaciers," said Wade. "What a place this must be to live in!" We stared for a few more minutes, shivering, then glanced at each other to acknowledge the cold. With a long, last, awestruck look at the icy expanse, we returned to the small car and drove on, the highway hugging the steep mountain’s edge.

At one point, we stopped to pick up two young Swiss men who were hitch-hiking. They crowded into the back seat with me, smiling and appreciative and chattering in Swiss-German. Due to their accents, Theo was barely able to converse with them. It seemed they were from Zurich, on a week’s vacation in the mountains, and were headed for a town along our planned route. I could not understand a word of theirs; neither could Wade. But their light-hearted mood was apparent, and we were happy to be with them for a while. As we drove through the mist, catching glimpses of masses of snow-covered rock, they pulled small wooden recorders from their pockets and played a duet of "You Are My Sunshine". We laughed as we tried to sing along, all of us recognizing the tune, none being sure of the words. 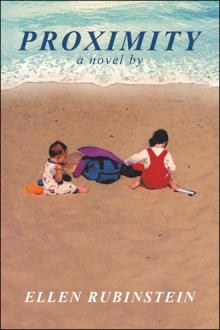 A JOURNEY is the first-person account of a young woman’s stay on an Israeli kibbutz, as well as her subsequent travels in Europe. These experiences form a story of eye-opening exposure to new people and cultures, and are paralleled by the development of her relationship with a young European.

Readers who have hitch-hiked or traveled with little funds themselves years ago, packs on backs, should find it appealing. Young adult readers will also identify with the eagerness for new experiences and the difficulty in making major life decisions.

Ellen Robin Rubinstein has a wide range of interests, which she attempts to pursue. Following her passion for reading and writing, she graduated from Cornell University with a degree in English Literature. Science drew her strongly as well, and she went on to obtain a degree in Chemistry from the University of California at Santa Cruz, then a doctorate in Materials Engineering from Rensselaer Polytechnic Institute. She has participated in a variety of research projects, working in both academic and industrial settings.

Music has also afforded her great enjoyment, always; she sings in a chorus and plays the flute. She also delights in taking long walks in the wooded area of New Jersey where she now resides with her family.