Man is not disturbed by events, but by the view he takes of them" 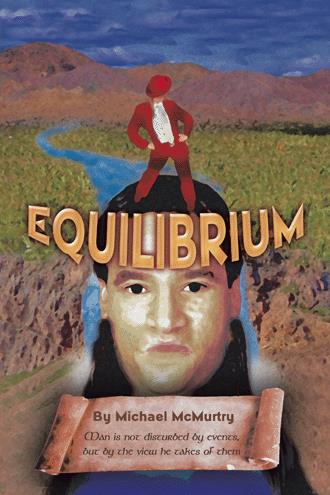 He watched from his car, knowing that what he was about to do would excite him more then anything he could imagine. At that point he was a machine, running off pure rage and adrenaline. He was no idiot! He felt his thoughts flow with clarity. There will be no mistakes, this his mind demanded, and I will tolerate absolutely no mistakes.

He pulled out a cigarette and smoked it calmly as he adjusted the volume of the radio to his liking." I really hate to see a person live there life to fuel up on others, they never look at the fact that sooner or later that they are going to run into someone who will do what is needed to destroy their life. I really think people realize what a waste it is to kill someone. Why do that, but the enjoyment of giving them horrifying nightmares for the rest of there lives, along with a hell of a lot of pain, now that’s a gift that keeps on giving.

When he was in high school he was considered a geek, he was a church boy whose parents held a tight leash. He didn’t go to school functions or parties because church was more important. Though Donald was strange he had poise, was still one of the few virgins that existed in this time and age.

Donald was an exceptional student, it all came natural to him, and for this his teachers loved him. All together Donald thought that life is was good. It was senior year! Life was good and he really couldn’t ask for much more.

One day while in English, Donald was sitting at his desk while one of the schools known bullies picked on him. Donald didn’t say anything, because he never wanted any trouble. This seemed to go on day after day, but it was starting to burn in his memory as things he wanted to do to the known school idiot.

The day finally came when the bully pushed him to his limit. Donald was sitting in English class doing his work from his previous class, to avoid homework when as usual the idiot started up his daily hell raising. Donald for some reason starts to get upset. The bully walks over to his desk and slaps him in the back of his head.

Donald sat there while he listened to the entire class laugh. "That’s it," Donald heard this strange voice say. And he knew it was telling the truth, it was as if all the built up control that he had prided himself on was shifted. All that ran through his mind was evil, the adrenaline was pumping.

Donald stares at the desk, listening, but not at the laughing classmates but at this voice that’s grinding in his head. He looks up at the clock and then he looks back at the bully and all his sidekicks, and through dark red eyes stated "You have five minutes left to enjoy yourself because after this class is over I’m going to rip your ass out!"

The entire class is shocked, Donald goes back to his work calmly, glancing at the clock each minute. His blood was boiling, boiling as if he was going to explode. The only thought that is going through his mind is destruction.

Classmates are looking at Donald in amazement, they never imagined ever hearing him say anything to this extent. Someone said, "I don’t think he’s joking". Donald isn’t the person he was before, he can feel in him the taste for blood and pain, and how he had finally someone worthy of receiving it. He clenched his teeth and closes his books, he turns around and stares at the bully, who was easily seventy-five pounds heavier then him. The bully tried to take on the stare but he couldn't shake off the sheer fieriness. Donald was on a mission, and that mission was his ass, and this he knew.

There is a war out there, right now as you read this. A battle between destiny and insanity. The synchronicity of life's inconsistency laying waste to all reason and logic--

Launch yourself into the twisted madness, which entered this world when Donald was born. Is it an inner voice, or an inner demon which has chosen to guide him through life's' trials and conquests.

Journey through a time and place where trusting

Yourself may mean abandoning all of the doubts and fears of your past. A chaotic past brings memories of a war that forever changed and shaped the dynamic personalities portrayed in this epic saga.

Good and evil makes way for a far greater nemesis, the real vs. the surreal. We find that some of the darkest, most forbidden and haunting evil exists in the minds and souls of everyday human. Though of flesh and blood, and the path and calling of this warrior is far from this earth in origin and it's justice takes on many shapes, some of which you will 'beg to never experience.

Insanity tears away and corrodes perception, but don't we all just perceive to know what is real? Enter the world of a man driven to limits so beyond his own understanding that the path he has begun may very well be the beginning of the end for all of humanity. Welcome to Equilibrium--

Michael McMurtry was born in a small town called Cruger, Mississippi. He was moved to Peoria, Illinois when he was at the age of three. At the age of eighteen he decided that he would go into the military so that he could see the world. He would become a veteran at the age of twenty and come to see many things before he would decide for an early retirement in 2001.

Michael comes from a large family that range from the age of eight to thirty-four, consisting of seven younger brothers and sisters and one older sister. Michael was married in 1995, he brought to this world two children who currently resides in the state of Iowa with his now ex-wife. Michael considers himself to be a man of vision, he sees the good in everything and places great emphasis on his family. He currently resides in Peoria for the information that he needs for a book he is now writing and plans on making Miami his final destination.