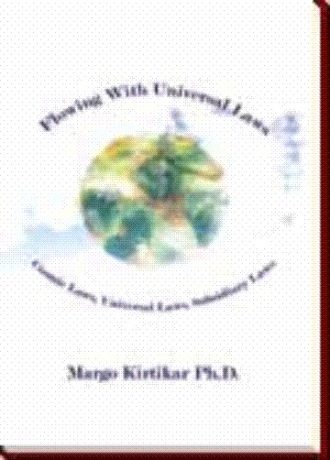 Hermes Trismegistus said: ‘That which is below is like to that which is above.’ Or the more popular version ‘As above so below,’ and what he actually meant with this statement was that ‘Cosmic Laws’ are valid in our physical world as they are in the higher spheres.

Modern science is well versed in physics and chemistry no doubt. However, modern science does not as yet fully accept the existence of spiritual physics or spiritual chemistry, or the psychic world governed by moral laws. It is not always easy to identify these laws but that is no reason to claim that they do not exist. There is an invisible world out there and our whole life, if we really stop to think about it, is based on things we cannot see. More and more we are becoming aware of the fact that our inner world is governed by a non-physical world. Even if you do not believe in God you cannot fail to recognize that there is an order in nature and consequently there must be an Intelligence which created that order.

According to Initiatic Science there are three worlds: the divine world which is the level of ideas, the psychic world which is the level of thoughts and feelings, and finally the physical world, the world of forms and materialism. Just as we have to obey nature’s laws, nature obeys the laws of the Spirit for Spirit commands nature. The material world is linked to the ‘moral’ world, which in turn is linked to the far higher world of ideas. Ignorance is no defense before the law. Because these moral laws are not written down people think they have the right to do whatever they want. Even if we do not know these unwritten moral laws, those who fail to abide by these laws are considered by society as self centered, egoists or selfish and they will have to suffer the consequences of their actions. Whatever the offence is they will have to pay the price, be it remorse, suffering, bitterness, disappointment, regrets, or money. Everything is connected and related to everything else. So one can never act alone and think it does not concern anyone else. What each one of us does, concerns everyone else.

For us to have a happy and meaningful life we must recognize and accept three major laws: Universal Laws, Moral Laws and Human laws. Just as we have to obey Nature’s laws, nature in turn obeys the laws of the Spirit, because Spirit commands nature. The same laws are at work on all levels of existence. For the Universe is one and on every level and at every stage the same phenomena can be found, although always in different more subtle forms. It is said that nature has a memory and nothing can ever erase what it has once recorded. Whatever you find on earth can be found also in water, and whatever is in water exists in air and so forth. All four elements obey the same laws with some differences in the way they apply the laws. Some react violently and others rapidly. For instance man’s mind is analogous to air, expressed in ideas and thoughts.

Over and above the physical body, man has subtle bodies: etheric, astral, mental, causal, buddhic and atmic. Reality is that most of us are ignorant of our own structure and composition and of the constant interaction that goes on between human beings and the invisible beings in the other regions of the universe. It is this ignorance which is the cause of all our misfortunes. It is easy to create the future but it is very difficult to erase the past. Good always produces good and evil always produces evil. Some people might think that if one is too kind one can get hurt or if one is too generous one gets taken advantage of. This is selfish thinking. Truth is we can never be too kind, too generous, too loving, too considerate towards others. The universe created by God is an immense world bursting with treasures. How can we go wrong if we followed the guidance of the Intelligence that has so marvelously ordered and arranged such an abundant beautiful world.

Universal Laws are the basic principles of life, which transcend the diversity of individual beliefs and philosophies. These Laws apply to whatever one's individual belief system or philosophy is. When applied correctly the Universal Laws allow anyone to reach their maximum spiritual potential and greatly enhance the experience of our manifestation in the physical. Understanding Universal Laws enables one to see why one’s life is the way it is. Universal Laws apply to all and no one is exempt. When one is fully persuaded of this fact, then one can truly create a better life for oneself and become an example to all. Like the pebble dropped in the water the ripple will spread far and wide in all directions affecting positively all it contacts.

To truly know who we are we need to understand our complete human identity, our origin, our direction, our purpose and our duty as humans. Through self-knowledge we can create a state of health in which our spiritual and physical resources are equally active and in balance, and working in harmony toward the same goal.

We are created as multi dimensional beings to experience life and to manifest our true nature and essence, the spirit, through a physical form. Our original home is in the spiritual dimension. Our purpose here on earth as we complete our human journey back to the spiritual dimension, is to develop and strengthen and refine our human qualities which are non existent on the spiritual realm. In other words the earth is our school and training ground and the challenge is to evolve, while becoming completely involved in the physical world without losing awareness of our spiritual identity. 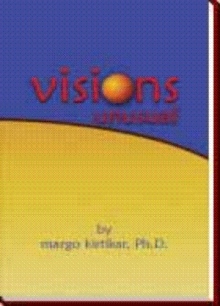 Cosmic and Universal Laws are described in Holy Scriptures of all religions, in mythology, in fairy tales, in business success literature and allegories that describe the essence and nature of man. We may know them as simple truths, eternal principles, philosophies for living but when we examine them more closely and experience them we will recognize them as divine laws. Universal laws act as guidelines to define the order and structure of creation. Universal laws govern every form of life and every action that occurs in the universe. Universal laws do not discriminate. The same principles work for all alike. The existing power of energy can be asserted in the whole of Cosmos. Matter is not applicable as an independent force, because active energies are needed for manifestation. Energies that propel life are called movers of the essence. In all space there is one pulse known as the Cosmos rhythm and all life depends on the cycles of rhythm of the Cosmos. In all cosmic manifestation we perceive psycho life and the highest perception is accessible only to the one who knows the spiritual world. Psychic energy opens all gates.

The physical mind cannot manifest the knowledge of infinity. It is through the psycho dynamic power of spirit that we are able to contact the higher spheres. Understanding universal laws enables us to review and see why our life is the way it is, where we might have gone wrong and how we can amend things. What we need to understand is that no law activates itself, it is we who activate a law of the universe through our thoughts and our actions, individually and collectively. The law does not operate itself. As we have been given the freedom of choice, we can make right or wrong choices. But we have also been given the freedom to correct our mistakes namely, when we break one law and we repent, we can take an alternative action to put things right by activating another law. Universal Laws act as guidelines to define the order and structure of creation. The human being is the highest manifestation of the Cosmos and is a co-Creator predestined as the builder and collector of all treasures of the universe. The power of creativeness responds to the call of the Spirit and the human determines his own destination in the Cosmos. This book is meant to inspire you, to arouse your curiosity and to prompt your own inner personal dialogue.

Margo, a global citizen, has lived, studied and worked in the Middle East, Europe and the United States. She has three daughters and one grandson. She is an avid believer in continued adult education, self-transformation and the refinement of the Self. Margo has a B.A. in Business and Economics, degrees in Leadership, Management, Banking, Psychology and Eastern healing techniques, and a B.A., M.Sc. and Ph.D. in Metaphysics. She is also an accomplished artist. As an entrepreneur for over twenty-five years she pursued a career in international business and for the past ten years she has helped many through counseling in transpersonal psychology and spiritual healing.

It is not surprising that the metaphysical world and spirituality is a very real, natural and integrated part of her life as her origin is both Syrian and Indian. Margo grew up in Iraq, Syria and India with traditional but liberal parents and was since her childhood exposed to many religions and cultures. Today she is both a Swiss and a US citizen. Margo currently lives in Zurich, lectures, gives workshops and coaches individuals in consciousness expansion. She is an author of articles and books on self-development and spirituality. Her first book on ‘Change’ was published in 1995. Visions Unusual her second book, is on humanity as a family, developing the intangible sixth and the seventh senses, the mind and intuition. Flowing with Universal Laws is her third book and focuses on soul qualities as one flows with universal energies.