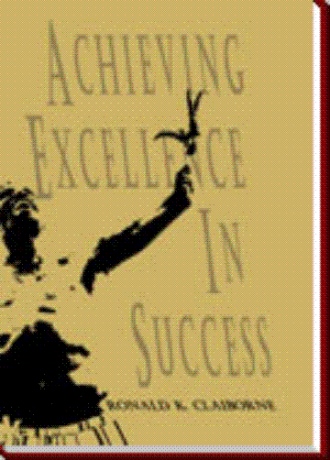 As I stood on the edge of the track preparing to run the 880-yard run, the brisk air of spring chilled my body and seemed to encourage me to win this race. I hoped to run in the first group, which included my brother and cousin. This was the fast group. When the coach returned from making the assignments I discovered he had placed my brother and my cousin in the fast group and put me in the second group, which was the slower guys.

"This was ridiculous," I said "I am the fastest 880 man on our team I should be in the fast group." I wondered why the coach had done this as I watched the first group run around the track. My cousin and brother finished the race in first and second place while running their personal best times in the event. Needless to say I had now become grossly discouraged. How can I compete against my cousin and my brother who had already run the race and posted the best times of the day in the fast group, there would be no competition in the slow group to cause my times to be better.

The gun sounded and I began to run leaving the other guys behind. All alone on the backstretch of the first lap the thought came to me to strive to post my personal best time. So I ran as fast as I could panting harder and harder with each step I took. I lost consciousness of the other runners who were sharing the track with me and ran as if I had the feet of Jim Thorpe and finished with my personal best time and won the race with my cousin and brother’s times being second and third place finishers. That day in the spring of 1973 I entered into a state of excellence while achieving success.

Success is the achievement of goals you have set for yourself. In the spring of 1973 on the track at Liberty High School in Bedford, Virginia my goal was to win the 880-yard run and beat my cousin and my brother. I succeeded because I knew what I wanted to do and took consistent action to achieve my goal. I simply thought hard about winning and I won and I was a success.

You too can be successful in everything you do. You simply cannot fail. Sounds to good to be true don’t it? Well I thought it was too but I did not know these principles in 1973, I have learned them over the course of the last 28 years and they do work. Anyone can be successful if they will learn that success is setting up and reaching goals. All success is the direct result of some action you have taken. So what holds most of us back from being successful is procrastination. We set the goal then we put it off until the last minute and rush trying to get the job done and fail to get the desired result of reaching the goal all because we did not give ourselves enough time to get the job done. I used to do that all the time in high school with term papers. What then is this elusive power, which causes us to be successful? It is the power to make a decision and then take right action while monitoring the results you are getting. You can be a success.

One of the areas we would like to be successful in our lives is in problem solving. Oh by the way I am a preacher and being a preacher I love to preach so if you would indulge me.

Through out this book each chapter will be followed by a sermon, which further illustrates my point about achieving excellence in success. The following sermon is one approach to problem solving that has worked for some.

A storm is the disturbance of the normal conditions in the atmosphere. And for the sake of our discussion we will look at the atmosphere as our environment, which surrounds us.

Sometimes our atmosphere become disturbed when the elements are in an uproar, sin is possessing, disease is overpowering and death invading. We become victims of these disturbances, become fearful and uncertain as to their outcome.

We have had terrorist’s attacks on our nation, which drove us to pray. We become disturbed when a loved one will die unless a life saving operation is performed, this motivates us to give. When a neighbor’s home burns to the ground leaving them with only the clothes on their backs, it moves us to have compassion.

It has been said, "Life is a series of storms-you are either in the storm, coming out of the storm or entering the storm." Therefore, it becomes necessary to develop skills to cope with the disturbances or storms of life.

In this passage of scripture a storm arose on the sea. A problem of great magnitude presented itself to Jesus disciples, what should they do? Notice that they are on a ship in the midst of the sea. They have no little skill to sail the ship and they know the Lord personally. But still the storm rose to the level of a tempest. It became so violent until water began to fill the ship and the disciples were afraid they would perish or be destroyed in the storm. What should they do?

Have you ever thought you would be harmed by a storm? Have you ever sought safety when the violent storms of nature began to howl or the thunder claps while lightening flashes all around you? Have you ever been afraid when it seemed all you have worked for all your life is in the throes of destruction? I have and the disciples have but we found a solution in the Lord.

If you want to overcome the storms of life then you must recognize:

1.There is a problem-gather information about it so you can begin making informed decisions.

2. Label the problem-find out what it is all about

3. Check it out, pick it apart-find out what started it in the first place

4. Brainstorm possible solutions to the problem

5. Decide what you are going to do about it

6. Write out what steps you are going to take to solve it and do it

Success then is comparing you to others. It is always striving to do better than someone else, but I learned we should strive for excellence in success, which will be our topic in the next chapter, see you the next. 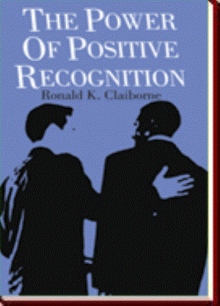 This book is a guide to those who are seeking success. Success that sometimes seems elusive can be yours by practicing the techniques as outlined in this book. There is no magic formula to achievement but there is a process that has been duplicated by many who have found success.

You can also find hints for success in this book, but it will not happen if you don’t practice and give yourself time to excel. I use these principles daily in my life and have succeeded in many of my lifetime goals.

Ronald K. Claiborne is a pastor and a dietary manager who writes poetry and stories for his employees’ newsletter. He also has written for his state church, The Church, The Law, and You.

This young man spends a lot of time teaching workshops to various church groups on diverse topics and has started a radio broadcast entitled, Coping With The Stresses of Life. He also is a self-taught musician, and artist, and mechanic.

Mr. Claiborne is a graduate of St. Paul’s College with a BS degree.