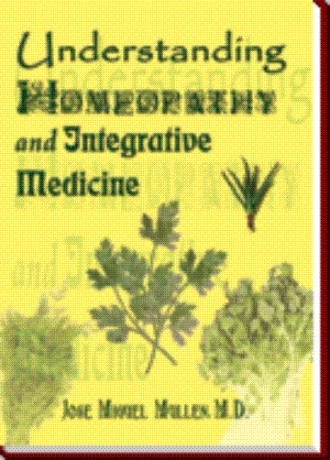 "There are more things in Heaven and Earth,

Horatio, than are dreamt of in your philosophy"

They often complement each other nicely when it comes to decide how to treat someone who is ill.

How it works is still a mystery.

Many remedies are prepared starting from natural products that, in their original state, have no usefulness whatsoever, or else may be poisonous. How these substances develop a curative capacity, once sufficiently diluted and triturated or shaken, is an enigma.

Yet, Homeopathy works; and its existence, mode of action and therapeutic capacity have become a thorn on the side of Allopathy ever since its inception.

Homeopathy has been pilloried and called Voodoo Medicine and all kinds of other uncomplimentary names...some very imaginative...by the Allopathic establishment. It has been roundly despised and laid to rest a number of times. Its practitioners have been called quacks or worse.

Its patients have been labeled as gullible fools, despite of the fact that people like Mark Twain, Disraeli, the Mahatma Ghandi, Goethe, Manet, Dickens, Marie Curie, Rockerfeller, generations of the British royal family and a host of others have chosen Homeopathy as their preferred form of treatment.

The responsible for all this commotion is Dr. Samuel Hahnemann, a German Physician who rebelled against the Medicine en vogue some 200 years ago.

Homeopathy is his brainchild.

Dr. Hahnemann was born in 1755 in Meissen, Saxony, at a time when the practice of Medicine was limited to bleeding, purging, blistering and creating accumulations of pus to then drain it. The purpose behind these therapeutic abominations was "to purify the organism" in order to make it healthy.

Dr. Hahnemann’s given names were Christian Friedrich Samuel. He was called Samuel to avoid confusion, because his father’s first name was also Christian.

Young Samuel was a frail child. He loved to study. He graduated as a Medical Doctor in 1779, at age 24. By that time, Dr. Hahnemann was also an accomplished chemist and fluent in several languages.

He quitted the practice of Medicine shortly after graduating. He couldn’t bring himself to needlessly mortify his patients. Ever since, and until he created Homeopathy, Dr. Hahnemann earned his keep as a translator.

Dr. Hahnemann was endowed with incorruptible moral and professional principles and many other talents and virtues. Unfortunately, professional tact was not his forte. With his colleagues, he was as diplomatic as a grizzly bear recently roused from hibernation. His acerbic and biting criticisms of the atrocious Medicine practiced in his time...and of its practitioners and followers...never failed to stir up the wrath of his peers, who expelled him from town after town.

In one of those many towns he was allowed to stay long enough to meet and fall in love with Henriette Küchler, the 17 year old daughter of a local pharmacist. Henriette became Dr. Hahnemann’s wife and staunch companion in the very difficult years ahead, and bore him several children.

Dr. Hahnemann’s family life was sad, difficult and trying. He was haunted by poverty as he constantly roamed from town to town. He had to work all hours to make ends meet. His eldest son lost his mind, his second daughter died in a coach accident as a baby, and 2 other daughters were killed. His wife Henriette died when Dr. Hahnemann was 75 years old.

Dr. Hahnemann was a prolific writer, as well as a keen self-made Medical Researcher. Above all, he was a compassionate Physician. Since his graduation until 1835, the year when he semi-retired, Dr. Hahnemann’s literary production can only be described as colossal. After repudiating Allopathic Medicine, Dr. Hahnemann created and started the practice of Homeopathy and also wrote many books and essays, among them his Organon, his Materia Medica, and his Treatise of Chronic Diseases.

Dr. Hahnemann had planned to spend the rest of his life with his two spinster daughters after the death of his wife and his semi-retirement, seeing a small number of patients and writing to friends and disciples. Fate, however, had other plans. Mélanie D’Havilly, a Parisian noblewoman, went to see him as a patient. Instead of creating a Doctor-patient relationship, they both fell head over heels in love with each other. He was 80 years old at the time, she 30. Dr. Hahnemann’s two spinster daughters were shocked and horrified at this unusual relationship. Mélanie and Dr. Hahnemann nevertheless married in 1835.

Mélanie took her husband to Paris after the wedding. Her dynamism and connections opened every door. Soon Dr. Hahnemann’s practice was famous. Mélanie also became her husband’s assistant and, in time quite an accomplished Homeopath. After Dr. Hahnemann’s death, Mélanie continued practicing Homeopathy, mostly as a hobby since she was quite rich. Her fortune, however, vanished after she financed some harebrained inventor’s idea. Mélanie then started to do Homeopathy in earnest, but the French Government accused her of practicing without a license, and ordered her to cease and desist. Mélanie fell into hard times. Many years later the French Government finally yielded and granted her a license as a Homeopathic Physician.

Even after his death was Dr. Hahnemann to remain a wanderer. He was originally buried in the Parisian Graveyard of Montmartre. In 1898, however, his remains were exhumed and re-interred, with great pomp and circumstance, in Père Lachaise, the most chic of Parisian cemeteries

Homeopathy is in the cutting edge of medicine.

It is as effective as scientific medicine in many diseases and even more so in some. To boot, it has virtually no side effects and no toxicity.

Created 200 years ago by Dr. Samuel Hahnemann, Homeopathy has been constantly in use all over the world by people of all walks of life, including generations of the British Royal family.

The interest for Homeopathy is currently increasing by leaps and bounds.

People are very comfortable with the caring and personal doctor-patient relationship characteristic of Homeopathy, so unlike the impersonal and distant relationship between a trained medical mind and a disease often found in scientific medicine.

People are also realizing that conventional medicine, useful as it is, is reaching the plateau of its usefulness in part because of its lack of innovative approaches, and also in part because of the increasing costs and limited usefulness of its treatments and their side effects and toxicity.

This book will help you understand Homeopathy, its possibilities and its limitations, the logic behind the principle of like cures like, the reasons why Homeopathy is at the same time so useful and so safe, and also how nicely Homeopathy and Scientific Medicine blend together and complement each other.

This knowledge, in turn, will allow you to seek the treatment, or combination of treatments, that will proffer you and your family the maximum benefit and the minimum risk when you are ill.

José Miguel Mullen graduated as a Medical Doctor from the Medical School of the University of Buenos Aires, Argentina.

He spent the next four years in America.

The first two at St. Vincent's Hospital, Erie, Pennsylvania; doing his Rotating Internship and one year of Surgical Residence.

The following year was spent at the Chester Beatty Research Institute and the Royal Cancer Hospital, in London, England, training in Clinical Cancer Chemotherapy and Cancer Research in cell cultures.

At that time he designed, and started, his first Research Project that involved Human hormones and cells from Human feminine breast adenocarcinoma in vitro.

Dr. Mullen then returned to Argentina and started his private Oncology and General Medical practice that he continued until 1982, when he became a Homeopathic Physician.

As an Oncologist, he also worked at the Hospital de Clínicas, University of Buenos Aires, Argentina, until 1972, doing Clinical Cancer Research. At that time, he felt that his Research work would be more useful at a Laboratory level.

From 1972 onwards, in the Institute of Pharmacology, National Department of Health, Buenos Aires, Argentina, Dr. Mullen developed several of his own Research ideas, using for that purpose inbred BALB/c mice and Sarcoma 180.

The first from Unio International Contra Cancro, Geneva, Switzerland, to assist to the IX International Cancer Congress in Tokyo, Japan. At that time, Dr. Mullen visited Cancer Research Laboratories and Centers in the University of Tokyo.

By the late 1970's, Dr. Mullen became aware of the fact that cancer, as well as every other disease, has more to do with the Whole Human Being than with only ill organs and systems; and also that the Allopathic Medicine he was familiar with had no way of dealing with such a perspective.

This awareness made Dr. Mullen begin a quest that would ultimately conduct him to Homeopathy.

He also took a course on Acupuncture, in the Asociación Argentina de Acupuntura, Buenos Aires, Argentina; and two seminars on Anthroposophic Medicine in the Sociedad Antroposófica Argentina, conducted by Profs. Drs. Otto Wolff, M.D. and Michaela Glockler, M.D., Pediatrician, both of the Herdecke Krankenhouse, Schlichten, Germany.

In 1982, Dr. Mullen was accepted as a student into the accredited Post-Graduate School of the Asociación Médica Homeopática Argentina, Buenos Aires, Argentina, where he formally studied for 3 years, and where he also took two Post-Graduate courses on Materia Medica Homeopathica.

He was granted the title of Homeopathic Physician in Argentina after successfully passing two exams.

Dr. Mullen has been doing Homeopathy ever since.

He is currently devoted full-time to the practice of Homeopathy in Colchester, Connecticut.

He resides in Colchester, Connecticut, with his family.

He is an associate member of the Faculty of Homeopathy, Royal Homeopathic Hospital London, England, since 1994.

And, since 2000, he is also Adjunct Faculty of the Desert School of Classical Homeopathy, Phoenix, Arizona.

He is a professional free-lance writer; and has published articles about Political Philosophy in the Correo de la Semana, Buenos Aires, Argentina.