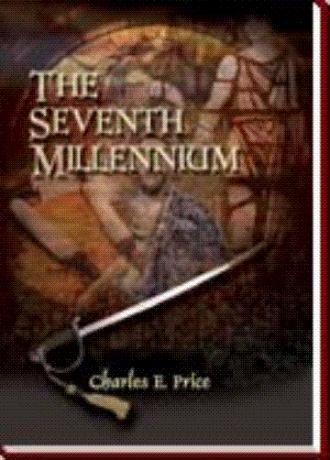 The following are the instructions Moses received for the constructing of the gate to the courtyard. "And for the gate of the court shall be an hanging of twenty cubits, of blue, and purple, and scarlet, and fine twined linen, wrought with needle work: and their pillars shall be four, and their sockets four" (Ex. 27:16). The important facts’ concerning the gate are the width and the number of post. The width of the gate is obtained from the hanging or the curtain that was used as a covering for the gate.

The four pillars for the gate represent Levi and his three sons, Geshon, Kohath, and Merari (1 Ch. 6:1). These are the seeds of Abraham that posses the gate of the enemy. The tribe of Levi was appointed over the Priesthood and the priest and the ministers are referred to as pillars. The apostle Paul refereed to James, Cephas, and John, as the pillars of the church when he went up to meet with them at Jerusalem (Ga. 2:9).

Four pillars equally space will produce three spaces. Twenty cubits divided by three will produce three spaces of 6.66 cubits (20/3 = 6.66) for the gate. The number six hundred three score and six identify the beast as the enemy described in the promise given to Abraham. Six hundred three score and six (666) is the number of his name, and his name is the enemy. The decimal in the number is insignificant, only the three sixes are important. No dimensions were given for the post therefore the dimensions for the pillars were not considered in the spacing. What’s more, the congregation under the Levitical priesthood never obtained righteousness under the law and they were also included among the enemy.

The Door of the Tabernacle

The door to the Tabernacle will further support the principles surrounding the Gate to the courtyard. The following are the specifications Moses received for the construction of the door. "And thou shalt make an hanging for the door of the tent of Blue, and purple, and scarlet, and fine twined linen, wrought in needlework.

And thou shalt make for the hanging five pillars of shittim wood, and overlay them with Gold, and their hooks shall be of gold: and thou shalt cast five sockets of brass for them" (Ex. 26:36-37).

The five pillars’ represent Aaron and his four sons Nadab, Abihue, Eleazar, and Ithamar (Ex. 28:1). Aaron was appointed the first high priest and his son were divided into four courses (1 Co.23:6) by king David, and each course was subdivided into groups to perform specific services to the tabernacle. They could be considered the founders of the priesthood under the direction of God and Moses. Five pillar equally spaced would produce four spaces. Twenty divided by four would equal five (20/4=5). The two in the twenty represents the second covenant, five represent the law and four represent purification or the fulfillment of the law. The dimensions of the pillars were not given, therefore, they were not considered in the spacing.

Two of Aaron’s son’s; Nadab and Abihu offered strange fire before the Lord, which God commanded them not to do. And the Lord devoured them with fire, and they died before the lord (Le. 10:1-2). Nadab and Abihu were not replaced, because they had no children (1 Ch. 24:2), symbolically only three posts were left. Three post equally spaced would produce two spaces, ten cubits each. Twenty divided by two equal ten (20/2=10). The ten represent the Ten Commandments and the two represent the law under the second covenant. God destroyed Nadab and Abahue because of disobedience and this have an allegorical parallel. Israel of the flesh never obtained righteousness because of disobedience, and Christ came to fulfill the law through remission of sin. There was no physical changes made in the number of post, but the change is symbolic and spiritually discerned.

The Four Pillars In The Most Holy

The vail of the tabernacle separated the holy place from the Holy of Holiest. In the Most Holy were the Ark of the Covenant with its contents, the Mercy seat, and the two Cherubim’s. The following are the instructions Moses received for the construction of the vail: "And thou shall make a vail of blue, and purple, and scarlet, and fine twined linen of cunning work: with Cheribims shall it be made:

And thou shalt hang it upon four pillars of shittim wood overlaid with gold: their hooks shall be of gold, upon the four sockets of silver" (Ex. 26:31-32).

At this point we are only concerned with the four pillars that was used to erect the vail. They covered the twenty cubit width of the tabernacle. Four pillars would produce three spaces. Twenty cubits divided by three equal six point sixty six (20/3=6.66). This is the same number we received for the spacing of the pillars at the gate and the number that identifies the enemy.

The four pillars in the Holy of Holiest represent the everlasting priesthood. Christ identified the pillars himself by saying: "Him that overcometh will I make a pillar in the temple of my God, and he shall go no more out: and I will write upon him the name of my God, and the name of the city of my God, which is new Jerusalem, which comet down out of heaven from my God: and I will write upon him my new name" (Re. 3:12). Remember Christ said, "For the son of man is come to save that which was lost (Ma. 18:11). The four post that separated the Tabernacle of congregation from the Most Holy represent those who where lost and were saved.

The ark of the covenant and the Mercy seat was in the Most holy. When Christ died the Vail was torn from top to bottom, implying that the Mercy of God had been manifested. The four post that represent the enemy was allowed to exist in the Most holy because of Gods Mercy. The three sixes found in the gate of the courtyard and in the four post in the Most Holy reveal that God is able to save the enemy or the beast. Remember Christ said, "To him that overcometh will I grant to sit with me in my throne, even as I also overcame, and am set down with my Father in his throne" (Re. 3:21). The four pillars represent the everlasting priesthood, and the number Six hundred and sixty-six (666) represent the way to salvation for the enemy who was reconciled to God.

The tabernacle was twenty cubits wide and forty cubits long. It had two rooms and each room was twenty cubits square (1 Ki. 6:15-20). The dimensions used by Solomon to construct the temple were taken from the specifications given to Moses. Solomon altered some of the specification given to Moses but the dimension of the two rooms called the tabernacle of congregation and the most Holy was unchanged.

The two in the twenty cubic dimensions given for the gate, the door of the tabernacle and the Vail and post that separated the tabernacle of congregation from the Most Holy represent the second covenant. Twenty by twenty was the dimensions of each room of the Tabernacle. Twenty squared will give us the area of each room in square cubits, twenty times twenty equal four

I was born in Memphis, Tennessee February 24, 1935. I am the fourth child of five and the second son. I was educated in the Memphis school system and graduated from high school in Cleveland Ohio. I entered the army during the Korean War, May 1953. I served seven years in Europe and Two tours in Vietnam. I retired from the Military July 1, 1979. I started college after I retired from the military.

I have two associate degrees one in building and another in Industrial Engineering. I also have some training in computer information systems.

Christ is the most controversial figure in history, and he professed to know two things. The first is, the scripture state he needed not that any should testify of man: for he knew all men (Jo. 2:24-25). The other statement he made to the Jews about God saying, Yet ye haven not known him: but I know him: and if I should say, I know him not, I shall be a liar like unto you: but I know him, and keep his saying (Jo 8:55). These are profound statements, and I desired to know as much as possible about both.

I began to study the scripture seriously in 1970. I have studied the scripture diligently for thirty years. I deliberately avoided all influences from all established denominations. I wanted to see what the scripture would reveal to me without outside influences from other quarters. Most Christians and ministers carry too much excess baggage. Some will corrupt the scripture for personal motives, some for money, some out of misplaced patriotism others are committed to their church or domination etc. I wanted to avoid being influenced by these ulterior motives and those who harbor them. I have been exposed to many churches; ministers and doctrines but I refuse to let them influence my perception of the scripture.

I started out with no other motive other than to read the complete scripture from Genesis to Revelation. The scripture state that the seed if the word of God. My first objective was to plant the seed and see what it would produce. I wanted to establish a background in scripture so that I could compare what ministers and others was conveying to me about the word in hope that I would better understand people and the will of God. As I studied I began to see things that are never discussed. I began to obtain some insight into the scripture that is contrary to established teachings. I was drawn to some parts of the scripture that is traditional ignored. I continued to study the scripture for over thirty years and I finally came to a conclusion about the complete theme of the scripture.

I am not promoting any domination or trying to establish a new type of church. My objective is to present the material as objectively as Possible and let the readers evaluate the contents for them selves. I have used the scripture extensively, because I believe the scripture proves itself. I also included scripture to prevent the reader from having to research the scripture while reading the book. It is difficult enough for some people to read one book why burden them with the added responsibility of truing to read two at the same time.