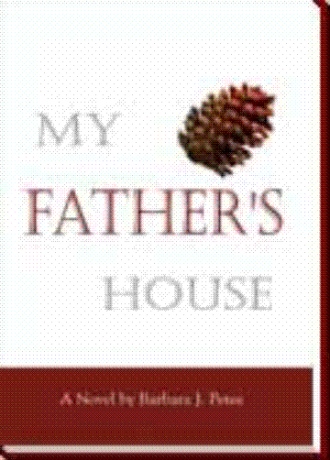 Jeff’s eyes returned to straight-ahead so he would avoid looking at his mother. He wanted to be strong and one wrong glance at the right person would put him over the edge. He thought of his sister Grace, at home with Grandpa Tom, who wouldn’t join her family until the luncheon, at the church hall, after the interment at the cemetery. He wished he were five again. He remembered it well: dad could walk, Grandpa was alive and no one he had ever known had died or been hurt. He blinked a few tears away, but one escaped and dropped off his cheek. And then, instead of wishing he was the age of his sister, he began to mourn for her loss at such an early age. She learned too young about life’s surprise endings – especially for one of her favorite characters.

The funeral was a full Mass and it followed in the most graceful tradition: a Latin chant here, a poetic prayer for departed souls there. But the moments and passages that were the most beautiful were also the most haunting. No one worried so much that the Angels wouldn’t be waiting to welcome Ed into paradise, and they were all certain that Lazarus was quite a rich man by now. But the sorrow they had for each other, and themselves, circled around them like the incense.

In the pew David and Cal sat on either side of their mother; their wives were next to them, followed by their sons. That put Jeff on the aisle, inches from the casket draped in the brilliant white cloth and his eyes couldn’t help but glance sideways every few minutes and he wondered if his Grandfather, from his Heavenly perch, could see them now, looking so sad, wondering what to do next. Did he care anymore? If the move to Heaven was so wonderful did Ed worry about the fears and sadness of the mortals in the other world? Perhaps he was too busy checking out all the rooms in his Father’s mansion – picking one that would hold all the other Durlings as they tumbled in.

Then Jeff thought about his parent’s new home in Manistee. It would be breathtaking when complete. The brown-brick colonial in Toledo with its winding stairs and classic columns was being exchanged for a red-cedar home, nestled in a bank of pine trees that had floor to ceiling windows and balconies that overlooked the Manistee River. And with thirty-five-hundred square feet of living space, and not a stairway in sight, there were few vantage points within the home that didn’t have a breathtaking view of what Ed had called the closest thing to Heaven.

The Homily began and David pressed his lips together as he held his mother’s hand. Her shoulder rubbed against his and with her other hand she fingered around the crystal beads of her rosary. He had watched her rub those beads his whole life and, although he felt guilty for the thought, couldn’t help but wonder if the effort was in vain. His father had fallen to his death for no apparent reason; the autopsy had offered nothing – except more questions for which there would never be answers. Could she really believe so unfailingly in the will of God?

But that thought brought guilt knocking. He knew how blessed he was; and his entire family. And he knew that no family ever left this world without their share of heartache and tragedy. Worse still, some people never knew the joys he had. He started at the beginning; two parents whose love had been boundless; a brother who had been an accomplice, companion and unfailing friend. He had a wife whom he believed had come to this earth just for him and from their love had come two perfect children. He glanced toward Jeff and grew stronger just looking at him sitting so poised and dignified. How proud he was to be this young man’s father. Edward Durling’s legacies would wind through the ages.

Then he thought of his sweet, saving Grace. The twinkle. The soft yellow curls dancing on his shoulder. One smile in the morning from his cherub gave him the incentive to continue until night when his other Angel would take him to her. Did one man deserve so much? Had he given back enough? And his thoughts went to Cal and his mother then. Could he just leave them now? Did he want to? He had promised Karen years ago he would take her to the land of their dreams. He wanted to build the business his father had dreamt of in Manistee. But this was no dream and he finally allowed the thoughts that had crowded his mind the last few days to move forward. Perhaps he could help settle things here and then, maybe next year, when Grace was ready for the first grade, they could go. Just one year.

He weighed the days against the question: What would be harder: living with himself if they didn’t go, or if they did?

Then Jeff began to wonder about his next move; it was never far from his mind, although he believed the answer was becoming clearer with each passing day. The business was in his blood. And maybe his Grandfather’s death was the sign he needed to help him make up his mind. With one Durling gone, now wasn’t the time to announce the departure of the heir apparent to the business that had been tended to so lovingly over the years by three generations before him. It was his for the asking, and there had been so much energy spent not only to maintain it, but to grow it to the point it was today.

And so, as the priest cleared his throat and asked those assembled to join him in a final prayer for the resurrection of their brother, Edward James, Jeff bowed his head, made the sign of the cross, and decided that it really was as he told Karen on Saturday night, before all of this: What we do is who we are. It was their life. And at that moment, Jeff convinced himself it would be his. 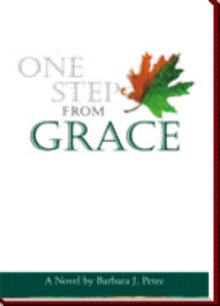 Five years after a work-related fall that left David Durling permanently paralyzed, he and his wife Karen have learned to celebrate their lives instead of mourning their losses, gracefully moving forward, finalizing plans to establish their home in Manistee, Michigan where David will open the newest branch of the family business, Durling & Sons Landscape and Tree Service. It is there where David privately hopes their 17-year-old son Jeff will join him as his partner in four years, after completing college. But the present and the future hold different plans. And after a devastating accident that claims the life of David’s father, David feels compelled to put his own dreams on hold to help his brother, Cal guide their mother through the painful and lonely first stages of widowhood. After all, it was through the unbridled devotion of Cal and his parents that David and his family were able to cope so well after his accident. But with the move to Manistee on hold, the private as well as known hopes and dreams of other family members – both living and those who have passed on ... begin to unravel. And it takes the arrival of an unexpected visitor into the Durling’s home to help each member reestablish the lesson of how fragile and fleeting life can be; and how perseverance, despite any obstacle can light the path from defeat to a dream fulfilled.

A painful and beautiful tale at the same time, My Father’s House draws on one family’s struggle with loss, grief, anger, jealously, and unconditional love that triumphs over all. This second installment of the Durling Story will leave you breathless, yet full of hope and clarity on how life’s most devastating moments can be made beautiful through perseverance, respect and courage.

is the second novel by author Barbara Petee. It is the sequel to One Step From Grace, also published by 1st Books Library.

Barbara Petee earned her bachelor’s degree in Journalism from Michigan State University and has spent most of her career in Toledo, Ohio where she is Director of Advocacy for ProMedica Health System. My Father’s House is her second book, a sequel to her 2000 release, One Step From Grace. Through her characters, drawn with clarity, honesty and breathtaking imagery, Barbara has earned a loyal following who will be pleased to know that the story of the Durling family will continue in her third and fourth novels.

Barbara and her husband, Tim, have two children and reside in Toledo, Ohio.