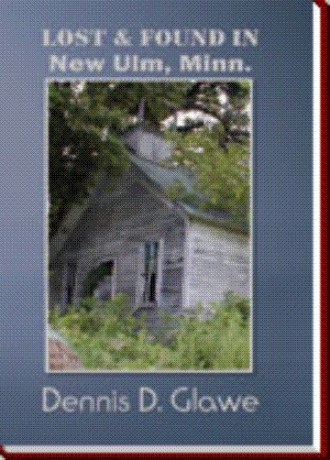 I focused on the big bearded bartender now standing in front of me waiting to take my order. He was about six-foot four and easily weighed three hundred pounds. His red hair and beard made him look like a grizzly bear. "What’ll it be?" he asked, giving me one of those friendly midwestern smiles.

"Sounds good." He returned in no time and set the glass of cold brew in front of me. "You wouldn’t happen to know a guy named Jeremy Cander, would you?" I asked hurriedly, just as he was about to walk away.

I almost fell off my chair at the solid simplicity of his statement. "Do you know where I might find him?" I was mentally ready for his negative answer.

"He’s sitting over in that booth," he said, pointing over my shoulder.

I spun around in disbelief and focused my eyes on the man whom I’d previously spied reading the newspaper in the booth along the wall. Closer inspection now burned visual facts into my mind as my pulse suddenly raced with excitement, like a hunter taking aim at his prize trophy. Was this really Jeremy Cander? He was young, twenty-five, thirty tops. His brown hair was cut short, military style; and he wore wire-rimmed glasses. His face was smooth and his nose short. His jaw was square and clean. He looked more like a college kid than an architect. He was dressed in khaki shorts and a green plaid sports shirt. An open bottle of Guinness sat on the table. I now noticed that the paper he was reading was the Wall Street Journal. Could this really be the Bigfoot, Lock Ness Monster, UFO-riding architect I was seeking? This seemed just too good to be true. For some reason I ‘d expected him to be much older. It seemed only logical that such a brilliant design should evolve from the mind of a man with many years of experience. This guy had, at most, five years of architectural experience under his belt. It didn’t seem possible that he could be the one.

I took a deep breath and let it out slowly. I knew my moment had arrived. Maybe he’d tell me to go to hell; maybe he’d simply say "thanks but no thanks". I picked up my beer and my courage and walked over to his booth.

"Excuse me, Mr. Cander," I said calmly and with as much confidence as I could fake. "I don’t mean to interrupt, but I’m doing an article on your home design for House and Home, a Canadian magazine, and I’d like to get your ideas on it. Our readers are especially interested in why it seems to help depressed people. I’d like to set up an appointment, at your convenience, to ask a few questions, two hours tops, I promise. The magazine will gladly compensate you for your time. What do you think?"

He had patiently waited while I zipped through this canned speech. I’d gotten it out before he’d had a chance to interrupt. He still held the newspaper in his hands. No expression crossed his face, and as I stood there waiting for a reply, I wondered if he’d even heard me. He folded up his newspaper and laid it on the table. He simply motioned for me to sit down. I took the seat opposite and waited. It was his move.

"What’s your name?" he asked, taking off his glasses and rubbing his eyes.

I took out my wallet and showed him my press identification card. With glasses replaced he looked at it closely and handed it back to me. Up close, under the bright light of the lamp hanging low over the table, I could see his deep blue eyes through those small wire rims and thought to myself how sad and tired they looked. He had the eyes of a sixty-year-old man, eyes that bore the signs of having seen much in life. It didn’t fit with the rest of his youthful body.

"What did you say the name of your magazine was?"

"House and home. It’s a Canadian magazine about residential architecture."

I grinned, recognizing his surprise at my discovery of his hiding place. "It wasn’t easy," I said. "It’s taken me almost four full days of intense hunting to find you. I’ve turned this town upside down. You hide yourself very well."

He looked back at me with narrowed suspicious eyes and closed lips. I could see that he was deep in thought. Finally, his penetrating eyes opened to their natural relaxed size and it made his whole face look softer. He’d finally come to the realization that I’d won this game of hide and seek. He gently shook his head and let surface the hint of a grin. "I’ve been waiting for you," he said at last, watching my eyes for a reaction.

For a second I was unprepared for this surprise answer. Usually, I was ready for almost any reply, but this one threw me. My standard plan in any first encounter is to talk the target into the interview even if he says no, but this curveball response forced me to wade into unfamiliar territory. "How so?" I said. It was all I could think of at the moment.

He took a sip of his Guinness, which he’d poured into a glass that I’d not noticed before, and returned it to the table carefully. "I knew that eventually I’d have to tell my side of the story. I didn’t want to give it out in bits and pieces so I was waiting for the right medium. Your magazine sounds like it might be the way to go. Before I say yes, I want you to answer two questions for me."

"Ask away," I said, still wanting the interview.

"Who is your role model, your hero?"

Again I was caught off guard. What kind of a question was this? He didn’t ask me where I went to college or whom I’d worked for in the past. He didn’t want to see my résumé or even my previous work. He wanted to know who my hero was. Did I have one? My brain raced. "I’d have to say my father," I answered.

"Because." he said, rolling his hand expecting me to finish.

"Because he worked hard." I remembered how I hated essay questions in college. "He was a dairy farmer in Nova Scotia, and he was an honest man. He taught me honor and respect and how to work hard and still enjoy life. He was always there to help me. He led a decent and simple life. I guess he’s always been my hero."

Mr. Cander took this all in without emotion. Was I passing the test or not? I didn’t have a clue. He stared at me with such a focused look, I felt like he was examining me under a microscope, and it made me unusually self-conscious.

"Second question- what would you like to do with your life?"

The questions were getting harder. What was I, a Miss America contestant? "I don’t know," I said with some irritation, "have a good job, get married, raise a family someday. How do I know? I take life the way it is. What kind of questions are these? Do I get the interview, yes or no?" 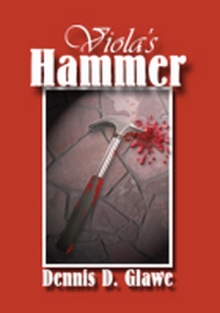 The only question Jack Nesteby really had to answer was-- can a house, simply by the way it’s designed, cure depression? Jack was a young hotshot reporter for a Canadian magazine that specialized in residential architecture. No problem, right? All he had to do was find and interview Mr. Jeremy Cander (the architect) and then visit one of these houses to draw his own conclusions. Jack had his doubts, but he was up to the challenge. The task seemed simple enough, but something happened to Jack after he arrived in New Ulm, Minnesota, and ‘simple’ was no longer a word in his vocabulary. The truth was that Jeremy Cander had built his home design on a mountain of personal tragedy, and the town of New Ulm was about to change Jack’s life forever. Her name was Susan Morgan. It only took three weeks for Jack to lose his way in New Ulm, Minnesota. What he found was enough joy and sadness to last a lifetime.

Dennis Glawe DO, FAAFP, is a Board-Certified Family Practice physician with 24 years of medical experience. The idea for this book was planted when the Iowa Legislature began discussing a proposal requiring parental notification prior to a minor (under age 18) obtaining an abortion. Now it’s a law. Although this story is not a platform for or against abortion, it does center on the emotional consequences of abortion and how it creates and destroys relationships.

Dennis was born and raised in Northeast Iowa growing up on a farm near St. Olaf. He attended Elkader High School, Upper Iowa University in Fayette, Iowa, and graduated from the College of Osteopathic Medicine and Surgery, Des Moines, Iowa in 1977. He completed his residency at Eisenhower Army Medical Center, Fort Gordon, Georgia, and spent three years as a staff physician at Fort Sill, Oklahoma. He returned to private practice in Northeast Iowa in 1983 and has been with Gundersen Clinic since 1988.

Currently, Dennis lives in Decorah, Iowa with his wife Marcia. They have two children, Erin, a junior at Winona State University, and John (autistic) who lives in a residential facility in Charles City and is a senior in high school. Dennis enjoys reading, writing, and photography when time permits.