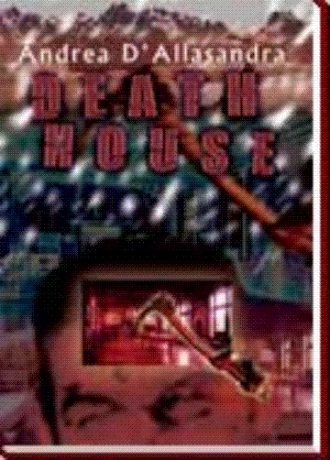 The room was so dark. She had to open the door a little more.

Curtains were drawn but the small nightstand lamp glowed dimly. The room of a young woman, cozy chairs, a dresser, posters on the wall, a small TV, rows of videos, CDs, books and magazines. Her computer sat on a corner table, a lamp glowing softly. Stacks of files, yellow stick-ems surrounding the screen of the computer. Movie posters on the walls from her favorite films: Gone With the Wind, Dark Victory, Beyond the Forest.

A shelf bulged with shampoos, conditioners, curlers, a hair-dryer, and a plastic shower cap.

Angela lay on the bed. She stared in surprise at Gretchen, even grinning at her expression. A jaunty red towel was wrapped around her head. She wore the green bikini, spattered with gold stars. One of her new ones for the Florida trip. Around her neck glistened a new necklace, the color of crimson.

Gretchen’s fear was replaced by a bracing jolt of anger. She moved toward her, her arms folded across her chest. She smelt something unpleasant in the air. Like a mangy animal, wet fur, something else that disturbed her. Did Angela have a pet of some kind?

"Angela! Are you crazy? What the hell are you doing?"

The young woman continued to stare at her, her grin still big and wide. Her expression didn’t change.

Gretchen felt fury engulfing her. This dumbbell was going to make Luke have a coronary.

Why didn’t she move? Angela’s eyes didn’t blink. Her grin didn’t waver. As Gretchen edged closer, she began to see her more clearly. Her towel was wet. "What--what--?"

Gretchen edged close and then she saw--the mouth of her friend had been sliced from one ear to the other. Her gums were visible. Her toes. They had been cut off. Only bloody stumps remained. That towel around her head--it wasn’t red. Blood had soaked through it with driblets running down around her throat and chest. That wasn’t a necklace. It was blood.

Gretchen moved backward until her hand gripped the bedroom door.

A soft, moist something fell on her hand.

She gasped and shrank away. Her mouth had fallen open. She was trying to breathe, to move. A human tongue. Small, but still red and moist. She glanced upward. A face peered down at her over the top of the door. It resembled a Halloween mask. Blood streaked its surface. Dark, ragged lips glistened with crimson wetness. They were upturned into a horrendous grin that looked as if it had split the face in two. The mouth was shaped like valentine.

The eyes were light blue and bulged beneath bushy brows.

The mask wore a strange wig. It was matted with blood and stuck on top its head like a hat. There were white, pinkish patches of flesh sticking to it.

That, thought Gretchen, is Angela’s hair. He scalped her. But he couldn’t have. She’s only been gone thirty minutes. Before Gretchen could escape, she watched a tongue slither through the jack-a-lantern grin, around the dark lips, like Cheetah the Chimp in a Tarzan movie.

The door was closing. She pushed her shoulder through the opening, just as the hellish face vanished above her and appeared just inches away from her. It played peek-a-boo with her: "Booo! Booo!"

Ramming her body through the narrow space, she lunged for the stairs but two enormous hands grabbed her hair.

Still clutching her knife, she lashed out but the monster kicked her down the steps. At the bottom, she began frantically crawling toward the front steps but she was grabbed again by her hair and dragged up the steps, screaming and kicking crazily.

In the death room, she was dropped on the floor but not for long. Those enormous, filthy hands grabbed her ankles and jerked her upside down to dangle in the air. Her heavy coat fell downward, folding around her face. She couldn’t breathe. 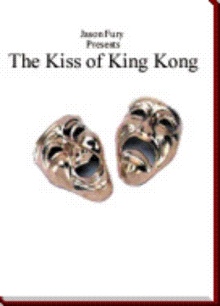 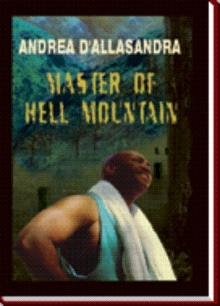 More terrifying than Hannibal or Psycho!

A remote mountain chalet, six guests trapped by a raging blizzard, and a horrifying lunatic on the prowl, whose passion is to butcher and mutilate everyone in his path. One by one, the nightmarish Benji tracks down his desperate prey, mimicking their voices, then proudly wearing their scalps.

In the end, the last victim, Liz Johnson, desperately flees into the blizzard to escape certain murder--only to realize she will die even faster out in the freezing storm.

She is forced to return to the Death House--and play a deadly game of cat and mouse with a demonic madman.

In the grand tradition of Agatha Christie's And Then There Were None, author Andrea D'Allasandra weaves a feverish study of nightmarish terror, perfect reading for a wintry night, with the wind howling down the chimney--and guaranteed to make you double-lock your door!

is the pen name of cult author Jery Tillotson. He is also known to many readers as Jason Fury, whose novels and short story collections have sold in the tens of thousands around the world. Tillotson writes under yet other pseudonyms which he enjoys keeping secret, but one of them is the international name of an author popular with gay readers. Tillotson lives in Manhattan but enjoys visiting North Carolina several times a year to do research on his mystery novels. He lives in a German hotel between the East River and Central Park, seeing very few people. He explains this thus: "Reality is a nice place to visit--but I wouldn't want to live there."