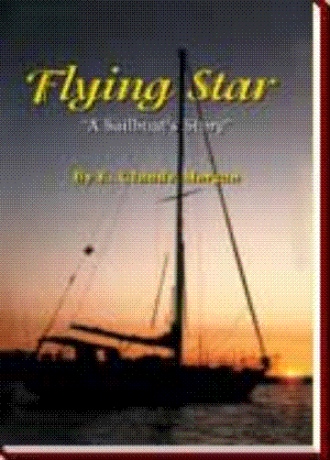 What a thrill to make that call! After all the work, planning and preparations for this trip, we were actually underway! I was about to fulfill one of the dreams I had lived with for a very long time. We were following the route of the Single-Handed Transpac Race from San Francisco’s Golden Gate Bridge to Hanalei Bay on the north coast of the island of Kauai, which is the most westward of the Hawaiian Islands group. My friend, Frank Dinsmore, was one of the racers, and my crew and I hoped to join him and the other racers at the end of the race. I took a tape recorder with me and each day during the voyage tried to document that day’s activity. In the following account I have tried to reproduce my words from the tape recorder as closely as possible without losing the sense of the moment. When the account needs clarification or some interesting event needs to be expanded, I have added comments as required. We begin the account with Day One.

I was very pleased with the three persons who made up the crew. Ray Stout is a retired engineer with several thousand hours of sailing experience. He is an exceptionally well qualified celestial navigator (fortunately, since the Satellite Navigator later became inoperative when the engine failed and the batteries ran down). Ray is also a ham radio operator and that capability came in very handy. Claudia Halpert is an ER Registered Nurse who also has accumulated a great deal of sailing experience. Dan Haines is a physicist who had no sailing experience prior to the voyage. He had completed a course in celestial navigation and wanted to take this trip to practice his navigation skills. I was able to recruit these people by running an advertisement in the sailing magazine Latitude 38 published in Sausalito, California.

After a good breakfast, the crew is in good spirits; the ship is in good, seaworthy condition and we are well under way. All systems are normal. As of this recording, we are 112 hours outside the Golden Gate passing bay marker number two. The wind is calm, the seas are flat, and we are turning to a compass heading of 204 degrees, true heading 221 degrees. We are still on the engine and making about 5 knots at 1,900 r.p.m. At 0935 Pacific Daylight Savings Time we will be passing the Farallons. We are reading 17.6 miles on the knot log. Very calm seas; very smooth water, and I am putting out the Walker Taffrail Log at this time. We are reading 225 feet on the depthometer.

That depth of 225 feet was about to change drastically. As we passed the most western Farallon Island, the depthometer went blank, which meant we had passed the Farallon Bank and the depth was more than 100 fathoms (600 feet). Ray said, "You can secure the depthometer now." He was right. I turned the power off and did not turn it back on. As we passed over the bank, we were treated to a magnificent show. Cavorting along the bank we saw dolphins, sharks, seals, bait fish, thousands of birds and even a couple of whales. Certainly a most auspicious beginning for our voyage, and we viewed it as a good omen.

Every boat has a story to tell and many have led very interesting lives. Flying Star’s life started with tragedy when members of her crew were lost in a hurricane, but she survived to experience a full and exciting life. Claude Morgan, a retired U.S.A.F. pilot and navigator, tells the story of his boat with love and humor, and along the way he introduces readers to some very interesting and exciting places to visit. Not just for sailors, this book is more than just a great story. It is also a wonderful travel guide that is delightful reading for boaters and travelers. The resource list at the end of the book is particularly helpful to travelers by boat or land. A great read and an invaluable resource!

This is the second book Claude Morgan has written about his boats and his love of sailing is very apparent. This retired U.S. Air Force pilot took up sailing in 1976 and Flying Star was his first "real" sailboat. His first book, All Goes Well, explored the inland waterways in the heartland of America aboard Tout Va Bien, a thirty-three foot motor sailer. Flying Star covers more adventures from Hawaii to the California Delta. After the excitement of flying P-38’s, B-47’s, and B-52’s, Mr. Morgan has found sailing and exploring via boat just as exciting and fulfilling. Share the experience with him!