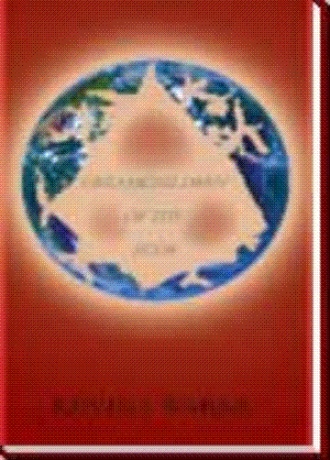 Most Cavan had trusted with knowledge of their ambitions had displayed exactly the same response: "Shouldn’t go – many have tried and never returned, or turned crazy!" He doubted any were crazy at all but admitted he had never spoken to anybody at length about their travels into this usually avoided ocean. He felt the fact that it was still mostly unexplored to be crazy in itself. The explorers were probably the only ‘sane’ ones left.

A sailor had once told him, "The East? Untamed and foreboding, wonders beyond dreams." He had never seen that man again but those words still burned within him, growing with enticement at each recollection. He had finally attained a position to prove their meaning. But he now had a vague memory of the type of cargo the mariner’s ship had been carrying . . . Hadesh rum? Had the mariner returned and suffered a fate like the one now threatening himself and his skilled associates? Had he himself been too naïve and gullible, following the dangerous tune of this crazed piper into a communal watery grave, the same one that probably claimed his father so long ago? It was a painful thought as he now struggled a losing battle with the winds of fate.

His ship, Archipelaga, was now disabled with cannon fire, and the hostiles had prepared to board. The storm was raging high and the vessels were at the mercy of the ferocious seas. Both parties now turned their attentions to saving their own vessels but the situation was rapidly becoming hopeless, the angry winds punishing the seas until control was just impossible. The ships were flooded and herded towards shallow water where the ugly heads of jagged rocks rose up, threatening to rupture the hulls. Cavan saw the pirate ship was the first victim, the wreckage and bodies scattered amongst the savage waters. He was unaware of anyone else catching a glimpse of the hostile ship finally meeting its fate. He now feared a similar one for themselves, as they were rapidly heading for the same peril.

He had to warn the others. "Watch the rocks! Clavin! Steer port!" he shouted. Clavin was probably no longer at the helm, however and his cry drowned amongst the roaring wind. There followed a terrible crash as the ship struck a rock and began to list - he feared the worst. The turmoil in his mind mirrored the conditions around him then he froze as his vision caught the silhouette of a man thrashed into the air and over the side into the savage waters. Clinging to the rigging, he crawled to the edge of the deck and horror stabbed him with the realisation that the victim, his friend, was now beyond mortal help.

He could hear and see nothing but the vicious surf and fought through the clashing forces towards the small wooden life-craft. A brightness flashed through his mind, seeming to trigger a memory of him packing some essential supplies during their excited preparation for this ‘voyage of discovery’. He managed to reach the hatch concealing his stores and salvaged a compass before drawing himself back to the life-craft. He stole an occupancy of the craft as Archipelaga finally began its fateful descent.

"Martan, Clavin, where are you . . . I’ve reached the lifeboat!" He shrieked, desperate for a response . . . but nothing. Lightning antagonised the sea and he had an urgent dilemma - whether to save himself now or risk waiting further for his companions. The storm seemed to answer his confusion, delivering an explosive discharge down the drenched sails of his mothership, the rigging crashing down as hungry seawater claimed the dangerously angled deck. The ropes that bound his fate to that of Archipelaga now smouldered, as if to focus his attention on his critical task.

His final cry was drowned by the winds as he unleashed his vessel from the mothership and was now caught in the raging torrents, at the mercy of the frantic sea. His modest craft was then dashed on the rocks and, itself, started to disintegrate. Archipelaga had completely vanished. He barely clung to the wooden remains of the craft and just hung on to the life-wood for what seemed hours until the sea finally came to rest as the storm subsided and his anguish died to despair.

He was now floating amongst a few pieces of wreckage, surrounded by boundless sea, drowning in a sense of isolation and loss. His world had all been stolen by the wicked elements. It all had seemed so sudden - one minute they were defending themselves from pirates, the next fighting an even greater enemy that had been heeded too late. Now he had lost his friends and was without a navigator or biologist, the mission brought to an abrupt and premature end. The voices that had previously warned of the dangers now haunted him and his mind seemed to be veering into the past - or was it just the past? He caught an image of music - yes music! As if he could see the sound itself, amongst images of great white wings.

What was he doing? How could he afford to allow his mind to stray at a time when he had to plan for survival - but then what the darkness! If he was going to die out here, all alone in an empty and unforgiving world nothing mattered and he may as well blot the pain with delirium and dreams. Somehow he couldn’t quite convince himself of this, however, and forced himself to soldier on until the end. He owed this to his friends, at least. They were dead but not yet gone.

There was still a residual current and, after what seemed hours, he was thankfully transported within sight of a distant island. It hung like an icon of hope on the horizon. On seeing this, his spirit was rekindled and he started to paddle in its direction, eventually arriving at the peaceful shores. It seemed to be a small tropical island rich in vegetation, rising to a central rocky peak. He crawled onto the pale shore and lay resting for a while, thankful that he had somehow cheated death.

Having regained himself, he now noticed the beauty of the island. The vegetation was somewhat unfamiliar, and he also observed items of wreckage from the ships floating near the shore, like gifts of consolation. Would the wreckage now plague him wherever he strayed? Composing his thoughts he inspected a wooden barrel, which he suspected was a relic of the pirate vessel. He managed to force open the container, hoping for food, and eagerly inspected the large cacanuts it held closely. He poured them onto the beach. It was curious that one of them had developed a large crack allowing a ray of sunlight to enter. The fissure began to spread and presently the whole fruit opened, falling into two halves. He could do nothing but stare in amazement at what was now revealed; a small female child. Perhaps his delirium had triumphed after all.

‘She was the last and first of humankind, salvaged from a fated voyage from a distant dying world long ago and given a unique purpose. Only the essence of the camflower could reawaken her . . . and ultimately humanity itself.’

Imagine you are shipwrecked in a long-forbidden area of a strange infertile world and uncover mysteries that confound your wildest of expectations. Will you ever temper the hostile forces of this very world and resurrect Androgena, your original altered ancestor, from an eternal slumber in her crystalline prison? This is the scenario challenging and intriguing our youthful explorer and hero, Cavan, in this unique adventure.

‘The wind I wonder where it blows . . . to the land where the camflower grows.’

His father was stolen by the sea long ago. He has always yearned to explore the forbidden Eastern Seas of Acambala. When his voyage is cut short by sudden disaster he discovers an unusual and captivating endemic girl with special insights and visionary abilities. Camie and some strange force of ‘arousal’ seem to drive him on an incredible journey. The wild adventure leads him through diverse cultures and landscapes, all suffering from a mysterious degeneration and sterility.

Will he and his enigmatic partner ever restore the natural balance of the Ecos, bringing forth the agent of the prima-female’s awakening? Just what nightmare had occurred so long ago? He certainly finds much more than he bargained for in this world of evil Sai regimes, fantastic creatures, and subversive, maladapted ecology. As the adventure unfolds, the intrigue deepens – just what is this strange alluring force that drives them and why is the whole ecosystem seemingly degenerating?

An evocatively ecological theme underlies the urgent quest woven with many other original characters and steeped in mysteries and legend. But the mysteries they unravel are nothing compared with the revelations that await them when then finally discover the great secret of his ancestor, the Arousal and the Ecos.

Kevin J. Warne was born in the Midlands, England. From an early age he was interested in science and ecology. He studied Biochemistry at university and worked in the forefront of research before gaining an MSC.

He now lives and works in Buckinghamshire, SE England, from where he has extensively traveled. His interests in science fiction and world ecology has continued and risen to new heights with visits to the rainforests of Borneo and oceanic islands of Thailand. These travels, the people and music have all provided the great inspiration required for a work such as Dreamchildren of the Ecos!