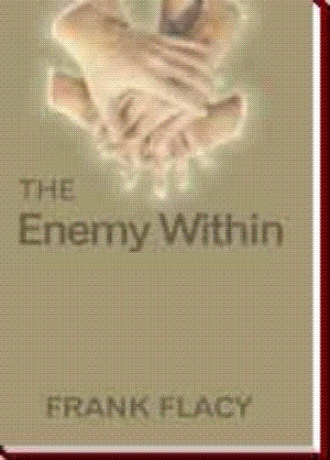 "I’m sorry, Mr. Harris. There is no nice or gentle way to tell you this. You have colon cancer. It has spread and the chances are there is nothing we can do. I estimate you have between six weeks and six months to live. I am truly sorry, but we just did not catch it in time."

I sat there in stunned silence at the words of Dr. Keen.

I had known for a couple of weeks that something was wrong. I had even guessed it might be serious, but I never dreamed it would be like this. My name is Charles Parker Harris. I am a multi-millionaire. I just recently celebrated my fifty-third birthday. I am over six feet tall, very strong, and I thought very healthy also. I had always enjoyed good health. In fact, just a month ago after my annual checkup the doctor had pronounced me in excellent health. "A-1" were the doctor’s exact words. For many years I had taken my good health for granted, but the last decade or so had seen a change in me. I had stopped taking my health for granted. I had begun walking or jogging fairly regularly. Like many people, I loved sweets and ate my share, but, unlike some people, not to excess. I do not drink alcohol or smoke, although I once did both.

As a teenager I had become an alcoholic and a pothead and I smoked cigarettes also. I thought little of this at the time since my parents were both alcoholics and smokers. I had this stupid idea that if they could do it so could I. It made me feel grownup, it let me run away from life, and it kept me from having to grow up and face life. It also put me in with the wrong crowd of kids. Fortunately, I had a good friend who cared enough about me to keep after me until I agreed to attend five AA meetings (Alcoholics Anonymous). My friend Mary was actually a recovering alcoholic herself and she agreed to attend those meetings with me for support. She was a family friend who had known my parents for years and saw the mess they had made of their lives. I guess she took me on as a personal campaign to save me from myself. Because I knew she cared, because she had been like an aunt to me, and since she had already been through all of this and promised me she would go with me, I finally relented.

I attended the first five meetings drunk. I think I secretly hoped they would kick me out so that I would not have to go back and Mary could say nothing. Fortunately for me they did not kick me out. In fact, they treated me with respect. They gave me unconditional love and acceptance, even when I was drunk. I could only ignore this so long. I stopped drinking and smoking pot by checking into a hospital for a week to detox. I attended AA meetings every day for 90 days as they asked me to do. Actually, when the time was up I continued to attend almost daily for years as I had come to realize just how messed up I was. Cigarette smoking had been the hardest thing to quit, but after a couple of short relapses, I stopped smoking for good about a year after my sobriety.

The incredible thing was that I actually managed to graduate from high school, even though I was drunk and high most of the time. I started AA three weeks after graduation and I have never relapsed. I had started alcohol when I was nine, so despite the fact that I was still a teenager, I had been addicted to alcohol and pot ten years! What a record for such a young person.

I had been sober for thirty-four years, but what Dr. Keen had just told me caused me to have the strangest sensation that I wanted a drink in the worst way. Probably it was the immensity of the shock that subconsciously triggered that old feeling. It soon passed.

Finally I had enough awareness to look over at my wife Lauren. The shock on her face seemed to match mine, and maybe even greater. We were both totally speechless with our own thoughts. Dr. Keen had wisely made his speech and then given us some space to think. I do not think either of us could do much clear thinking right now.

Lauren found her voice first. "Dr. Keen, you must be mistaken. Maybe the x-rays and CAT Scans got mixed up and belong to someone else. Look at my husband. Does he look like someone who has only a few weeks to live?" "I am sorry, Mrs. Harris," Dr. Keen answered. "No one alive would want to have to tell anyone this kind of information. I wish there was some other explanation, but there is no mistake. The Radiologist who took these films and I have conferred and there is no mistake." 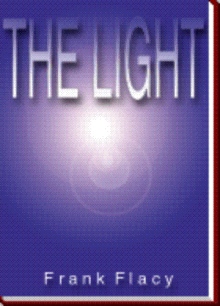 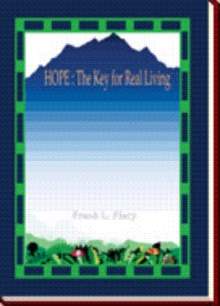 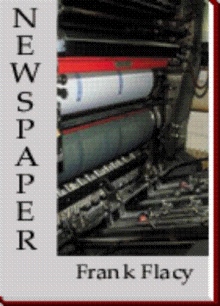 This is the new novel by Frank Flacy. This is a book about hope and courage in the face of death. It is a novel about one family’s battle with cancer and how it impacts their own lives and the lives of those around them. While the characters are fiction and are not intended to represent any single person, the struggle with life and death is not fiction. It is an up close and personal look at a deadly disease and what those affected by this disease did with this obstacle. Cancer and its treatment require courage. Courage for the cancer patient, but also courage for their family as well, as they must find some way to deal with their emotions and the upheaval to their lives as a result of something they usually did not cause and have little direct power or control over. Families and friends of loved ones with cancer are often the behind the scenes unsung heroes. This book looks at the whole picture of this situation. It is informative and interesting. While cancer is involved, this is not a sad book of hopelessness, but a journey of hope in seeking victory over a deadly enemy. Evil and suffering does not just happen to bad people.

To all those incredibly brave people who are fighting all forms of cancer, you are brave and you are warriors. Don’t just be a victim. Fight and make each day count. To the family, loved ones, and friends of those with cancer, you are a hero and you must endure so much, often with little or no credit. You must watch your loved one struggle with a deadly enemy, and you must help them do it. Your courage is awesome. Take it one day at a time. As much as possible enjoy each day and be thankful for it. May God bless you all.

Frank Flacy has six college degrees in psychology, theology, sociology, and a Ph.D. in the Integration of Psychology and Theology. He is a former minister, newspaperman, and Deputy Sheriff. He is a Family Therapist in a prison and an adjunct professor at a college. He has published hundreds of articles and has five other books available with 1stbooks. They are Take Courage, America; The Light; In The Name of God; Newspaper; and Psychology and the Human Spirit. His next book will be The Door. He lives with his wife in San Antonio, Texas.