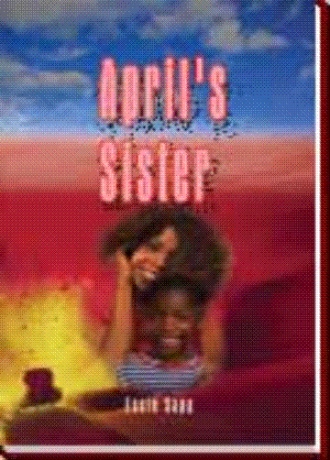 The night Joey got killed, April was awakened by the phone. In those days they only had one phone and that night it only rang once. Instinctively, April knew that Losie had answered it. She turned over and peered in her sister’s bunk bed below and sure enough, it was empty. She knew Losie was downstairs in the closet off the living room where she’d probably been on the phone for hours. The phone cord would be stretched to its limit across the living-room floor, as she talked to her boyfriend. Billie said Losie was boy-crazy.

April heard Billie’s bed creak and knew there would be hell to pay.

"Who was that Losie? You’d better not be down there on that phone this time of night with your little fast ass. What time is it anyway?" By this time Billie was half way down the stairs.

"Did you hear me girl?" Billie asked.

April couldn’t hear a response. She looked at the little radio clock on the nightstand. It was 12:35 a.m. Something wasn’t right. April got up and went down the stairs. At the bottom of the stairwell, she wrapped herself around the railing and hung on to the banister. Even though she felt uneasy, she didn’t want to get in Billie’s way. Billie could be evil this time of night.

"Who was that on the phone," asked Billie.

Losie stood with the phone dangling awkwardly in her hand, eyes wide like someone who’d just seen a ghost.

"Answer me girl, what’s wrong with you?"

"What happened?’ asked Billie. "Stop being a tomboy April, get off that banister. What are you saying, Losie?"

"What is it baby?" Billie made her voice gentle as she shook Losie.

April came off the stairway over to where Losie stood sobbing.

"What? No!" Billie looked confused. "Was that Mae on the phone, was that Mae?"

"What happened?" April wailed. Her stomach did a flip-flop when Losie said the word ‘shot’.

Billie’s legs began to tremble and April saw this and ran and dropped in front of her mother. 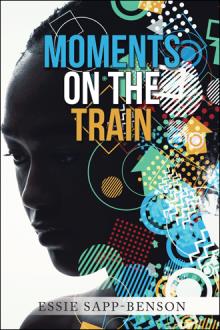 Moments on the Train
Essie Sapp-Benson
£9.95

These stories are about the lives of black women, everyday women from ‘around the way’ and their relationships with their men, children, and extended family. In spite of rape, domestic violence, drugs and racism, these women maintain an indomitable spirit. They carry on, they are survivors.

delves into the shallowness, personality weaknesses, and complexities inherit in all love relationships and family relations and attempts to reveal how the women cope and even overcome.

The author is a social worker living in Atlanta, Ga. She has two adult sons. She has poems published in the Rhymes of Greatness anthology published by Famous Poets Society and Hotlanta News Magazine.