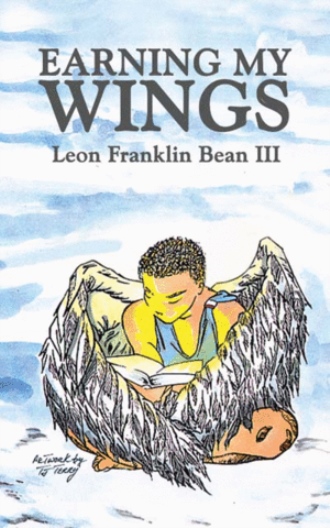 People always ask me what do I think about Michael Jackson’s song, "Man in the Mirror." Whenever I hear the question, it takes me back to Christmas time in 1983, the best time of the year for children around the world. I was nine years old and I remember being in the back of the classroom listening to all of my favorite Christmas carols, like Frosty, Rudolf the Red Nose Reindeer, and other classics. I saw a Jackson Five record laying next to some other records and since I had never heard of the group before, I thought I would take a listen to it. When I played the record, I was immediately taken back. There was such harmony in their voices that it sent shivers through me. The way they projected the range of their voices really impressed me.

It was Michael’s voice, in particular, that stood out from the rest. I continued to listen to the music in the back of the class and started to hum and sing along with the record. Their music made me want to sing, but I was too shy to sing in front of people, so I just kept my little voice to myself. Then the kids in the class said, "Leon, is that you singing?" I didn’t know if they thought my singing was good or bad and I did not want to find out. I was so shy, even if they liked it, I still would not sing for them, so I said, "NO! It’s not me it’s the record." I hurried away from the back of the class so my classmates would not start picking on me again. They would always tease me about the way I looked and dressed and especially about my glasses. "Hey everybody, four eyes is trying to sing," one of them shouted. Everyone began to laugh. When I came home from school that day, I had forgotten all about their laughter and I couldn’t wait to tell my mother about hearing this group called the Jackson Five.

Christmas Day finally arrived and I could not wait to see what Santa had left under the tree for me. Mom would not let me open all my gifts; I had to wait until we came back from visiting other family members. We went to my step-father’s mother house and after a day of being hugged, kissed, and squeezed, I was ready to go home and finish opening my gifts. Almost all of the gifts seemed to be something to wear except for a real thin package. I don’t want it, I thought to myself, but opened it anyway. I could not believe my eyes. It was the Jackson Five Christmas record! I hugged Mom for making my Christmas the happiest day of my life. I could now play the record all day, every day and sing along. Soon, it was the middle of summer and still I was singing about mommy kissing Santa Claus.

Seven years later, I finally got a chance to see Michael live in concert. I won two tickets from a radio show for the opening night in Washington, DC. My Grandfather took me down to the radio station to pick up the tickets. I then had to decide who to take with me, my Mom or my girlfriend. I wanted them both to go but that was impossible, so I took my Mom. That night, October 13, 1988, I finally got a chance to hear and see Mr. Magic for myself with the woman I love the most.

The first time I saw him left a lasting impression of energy personified. Courage, devotion, concentration, enthusiasm entrapped by perfection were all words that came to mind. He looks at himself as a pure instrument of nature, vocally and physically. He emotionally overwhelms you at the mere sight of him. His grace is uncanny, his poise as still as the summer night. Michael J. Jackson, this man has been a driving force in my life for the past 14 years. He is unlike any individual I have seen. He has helped me grow as an individual. There was a time in my life when I did not know who I was or what I wanted to be. I was ethnically lost, insecure, unaware of society's impression of me and what my impression of myself should be. Some of these impressions of what I should be as a man, I learned at home but something I did not learn growing up at home were certain things that were not a topic for conversation over the dinner table. I was unaware that masculinity and femininity could be shared in so many ways. The slightest thing you do that is not masculine, quote unquote, you are automatically labeled, stereotyped as this or that. There is no in between when you could very well be very masculine and have some slightly feminine ways. Who is the judge? Society of course, they are the ones who make things more then what they are. It is sad because what you feel inside your heart strongly should over come all the rhetoric.

I have heard people say the sky is the limit; reach for your goals, strive, dream and all the things you dream will come true. Sounds so simple and it is, but why is it that so many of us don't see our lives as a success in a stereotypical society that rates success on material wealth rather than paying more attention on how we want to live. The major needs of the world, like simple respect for our fellow man, have gone out the door along with respect for ourselves. Helping our fellow man or woman without our hand out for compensation is a rarity. It hurts me to my heart. I am so concerned about the children of the world that we live in today. There is not that much compassion shown for our brothers and sisters in the places where you would expect it to be. The concept that people get in their heads is that as long as it is not infringing on their life, they shouldn’t be bothered.

To applaud the cheat, the sham artist only adds to the problem of cheating the system. Is that anyway to show success? No, I don't think so. It is so important for you to have self worth and morals. These are the things that will haul you over in the long run. So that is why you need to show the right examples for your children because they watch you and learn the good along with the bad. Remember, no one is perfect, so for once in your life give it a shot because you only have one life to live. I have learned so much about myself since I have been performing. Self expression, the art of one's ability to transform oneself is so amazing.

I feel that God has given us the bodies he wants us to have. Of course, he has created us in a certain form and fashion. He also gives us the choice to venture out to recreate ourselves and our surroundings. We are not limited to where we choose to live as far as what town, city, state or country. God has given us a choice. Choice is the key word. He has also given us the unique ability to take advantage of plastic cosmetic enhancement; something that now is more main stream than ever before. If there is something about yourself that you want to change you have the preference to change it or not. If you don't like it change it, especially if you have to resources to take advantage of them whatever they maybe. I relate some of these characteristics to myself and Michael Jackson mainly because he displays his creative abilities through his visual appearance as well as his artistic performances. It is just riveting as if he were sliding up and down the stage with ease.

I have always wanted to have attention drawn to me, good attention that is, without a lot of negative vibes and foolish innuendoes that seem to come along with any kind of success or popular acclaim. The power and control of his facial expressions, the slightest movement can send you into shear astonishment at the grace. I had been studying Mr. Jackson for quite some time and I found out what it was that made him the mystery he was to all of us. He told us time and time again, but we thought it was just a lot of gibberish. Micahel, like me, is alarmingly shy and sensitive.

Through the 1990s society tried to run his na

is a book about life, its joys and pains. It will make you laugh and cry. This is a book where you see the tender love for people (for all people). EARNING MY WINGS shows many different emotions and tries to find the answers to life's questions, but as we all know, sometimes there are no answers. When opening this book, you're opening real life stories.

I was born March 22, 1973, in Baltimore, Maryland, at Lutheran Memorial Hospital to a single mother. My mother and stepfather raised me in a middle class neighborhood. From the very beginning, I had a flair for the creative and I always possessed great sensitivity for people. Growing up as a child and going into my later years as a young adult, I enjoyed performing for people and using all of my creativity. In doing this it has allowed me to meet creative people whose lives affect and encourage my writing, which helps me to choose the paths that I will go through as far as my writing is concerned. This book has truly been a labor of love and I do mean labor, because of the trials and tribulations of my life. This book is for not only me; it's for you the reader. I hope you find some comfort in my story.