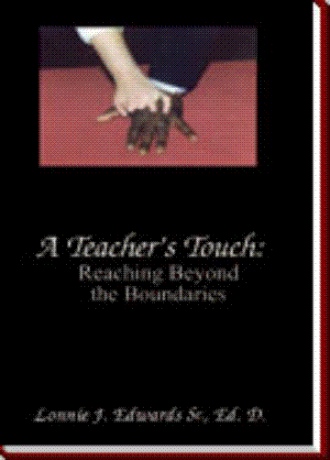 The next set of names to be called would include Nancy’s. I called hers last, and she refused to come out. I repeated her name, and still she did not come forth. Her action silenced the class because this had not happened before. Though many complained, no one refused. Suddenly she shouted, "I’m not going to do it!" and walked toward the door to leave. Losing my composure, I yelled back, "Yes you are!" Having never seen this side of me, the other students whispered, "She’s in trouble now! She’d better get in line!" They were right in assuming that this situation was heating up! I wasn’t tolerating belligerent behavior from Nancy--especially since I had skillfully planned a way to include her in the class! I walked over to her and sternly said, "Little girl, you are going to get in line just like everybody else!" We were standing face-to-face as Nancy yelled at the top of her lungs, "I’m not going to do it!" "Yes, you are!" I ordered. I think I had thrown my clipboard on the floor in my anger. I continued, "If you are going to stay in this class, you are going to participate!" I expected her to continue her volatile debate with me, but she threw me a curve. Instead of yelling back at me, she stood there shaking and crying uncontrollably. Had I pushed this child over the edge? This was not part of my ingenious plan! Things were falling apart, and I didn’t know what to do. Thank goodness the other children were scared motionless, because I couldn’t deal with Nancy and a mob of fifth-graders!

As Nancy looked at me with tear-filled eyes, I knew her fear was not square dancing. In fact, I became a little fearful of what the actual problem could be. Boy, they had not covered this situation in any textbook! For a few moments, neither of us spoke. Perhaps, we were exhausted from our outburst. Nancy cried, and I stood there searching for answers. Fearlessly, Nancy walked toward the door to leave class. Compassionately, I walked with her placing my hand on her shoulder. Before we reached the door, I walked ahead and faced her to ask, "Nancy, why are you so upset? Are you afraid of me?" In the midst of her sobbing she said, "No." I knelt on the floor, gently guiding her to do likewise. With both of us sitting on the floor, I guess I looked less threatening. My plan was not to threaten, but to understand what was wrong with my student. She sat with her head lowered, and I asked what could be so dreadfully wrong that she wouldn’t participate in class. Slowly, she unwrapped the towel from her hands and raised them in front of my face.

For Nancy, a white fifth-grade student, the limitations were physical and emotional. Nubs in the place of fingers hindered activities, lowered self-confidence, and made her the object of ridicule by classmates.

For Lonnie Edwards, a first-year Physical Education teacher, the limitations were social. Unrealistic expectations for a novice teacher and a curriculum that didn’t allow much creativity added to the challenges presented by being the first black male teacher in a predominately white school in the South.

Though differentiated by age, race, gender, and roles, Lonnie and Nancy possessed the same spirit and courage.

While Lonnie demonstrated a square dancing maneuver with Nancy, requiring their hands to touch, a life-changing interaction occurred. "Mr. Edwards" seized the opportunity to teach all of his students not to be afraid of limits imposed by physical or social stigmas. He taught them to reach beyond the boundaries.

Dr. Lonnie J. Edwards Sr. is an experienced educator, an effective workshop presenter, and a nationally known motivational speaker. As an Assistant Superintendent with the DeKalb County School System, one of the largest public educational systems in the State of Georgia, he serves as the Executive Director for Elementary Administration. In this capacity, his organization supports 83 schools. Dr. Edwards is also the President of Lonnie Edwards & Associates, Inc a professional development firm comprised of individuals who specialize in motivational speaking, organizational training, and consulting.

Born and reared on his family’s farm in rural Mississippi, Dr. Edwards attended Coahoma Junior College, a two-year, predominately Black college in Mississippi and completed his undergraduate degree at Montevallo University, a predominately White college in Alabama. At Montevallo, he was the first Black male athlete recruited and admitted to the school. Dr. Edwards graduated with honors and was inducted into the Basketball Hall of Fame at both institutions.

After his chance for a professional basketball career ended prematurely, Dr. Edwards changed his career goals and decided to become an educator. To develop his teaching skills and to enhance his chances for career advancement, he earned two Masters Degrees (from the University of Montevallo) and a Doctorate Degree (from Clark/Atlanta University). Dr. Edwards has now been with the DeKalb School System for thirty years, quickly moving up "the career ladder" to his present position.

In 1996, Dr. Edwards was featured on the Sally Jessy Raphael Show for making a significant difference in a former student’s life that was born with a physical disability. Nancy Johnson Miller was born with little vestiges of fingers, mostly little "nubs" and kept them hidden from teachers and students by carrying a towel over her hands at all times. At the time of their initial meeting, Dr. Edwards was a first-year physical education teacher at the school where Ms. Miller was a 5th grade student. According to Ms. Miller, Dr. Edwards was instrumental in enabling her to move past her disability by accepting it and by being confident in using and/or developing the talents that God did give her. For this reason, she wrote the Sally Jessy Raphael Show, stating that she wanted to thank him on national television for changing her life.

As a result of his impact on this student’s life, Dr. Edwards has written a book entitled A Teacher’s Touch--Reaching Beyond Boundaries. He was also featured in the "Heroes for Today" section of the September 1997 issue of the Reader’s Digest. And, out of the Sally Jessy Raphael Show reunion, more than twenty-five years after their initial interaction, the Edwards-Miller Foundation for Physical Disabilities, Inc. was created to provide scholarships for physically and/or mentally challenged individuals to pursue a college education.

Dr. Edwards lives in the Atlanta area with his wife, Cynthia. He has two children, Lonnie Jr., and Lynda.