My Life at AOL 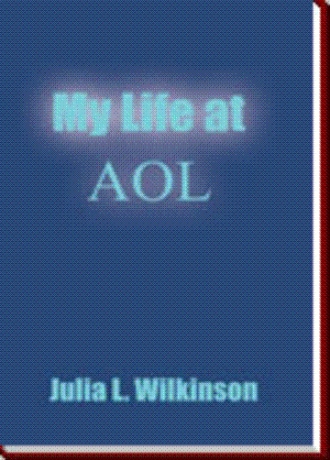 Jim Kimsey, now Chairman Emeritus of America Online, has said, “the story of AOL has been one of the most entertaining corporate stories in America because it’s so bizarre.”

Indeed, it’s a miracle that America Online exists at all, when you consider that it’s the ultimate result of three previous companies that not only failed, but spectacularly imploded.  In fact, had its founders been less tenacious, AOL would be nothing more than some papers in a cigar box, where its ancestors dwell.

So how did the company eventually become the number one Internet/online service in the world, not to mention, with its merger with Time/Warner, a giant media conglomerate?

It all started with a restless racecar driver.  He and a young maverick engineer noodled around with technologies that read like a timeline of America’s love affair with things electronic of the late 70’s and early 80’s.

The year was 1981.  Video games like those made by Atari and Activision were in their heyday.  A man named Bill von Meister had an idea: to create a product that would download video games through a modem connected to a phone line.  Instead of endlessly going to the store to buy new cartridges, a cassette would fit into your game machine onto which you would download new games.

Venture capitalist Frank Caufield was interested.  Caufield’s firm, Kleiner, Perkins, Caufield and Byers, has been cited in WIRED magazine as one of the names that comes up “when you rummage through the IPO investment prospectuses of the hottest companies in technology,” and was behind Tandem and the original Apple investment.   “We thought this was a pretty clever idea,” he said.

Caufield described the man behind this brainchild, von Meister, as a “mad inventor/genius/marketer/promoter.”

We see stories everywhere these days about the “instant millionaires” the Internet industry created. But nowhere is there a first-person true-life account of what it was like to be an employee of the company at the epicenter of the world of interactive communications from the very early days.

Through the eyes of an industry insider, who programmed AOL’s hugely popular “People Connection” chat area, the reader learns how the lives of many people changed dramatically in a few short years.

As we follow the author’s “I was there” account of being hired at Quantum Computer Services (which became AOL) in 1988, and navigating this strange new world, the reader gets the “true inside story” of AOL’s eccentric founding father, Bill von Meister, and how Steve Case was really hired.  Through interviews with numerous AOL employees, industry pundits, and users themselves, we explore the world of online community and how it has affected people’s lives.

My Life at AOL strives to give a balanced account of the world online. Although the book touches on some of the most egregious online cases of cyber crime and intrigue, it sheds light on the many benefits of this new medium as well. The reader will come away with a sense of the history and impact of the Internet revolution as seen from a personal perspective. (And hopefully chuckle at a few crazy anecdotes).

Julia Wilkinson is uniquely qualified to write about the Internet and online services.  She combines a nine-year career at AOL with her strong writing skills and record as a prolific columnist.  She has been quoted on National Public Radio and in USA Today, published many articles in industry publications, and been a columnist three times for various magazines and online services.

Ms. Wilkinson was most recently a contributor for Bisnow.com, a web site about high-tech CEOs and their lifestyles; and recently wrote weekly columns on business, technology, and home office issues for the women’s business web site womenCONNECT.com.

At AOL, she worked as production manager, responsible for all design and production for four major AOL channels: Life, Styles & Interests, The Newsstand, Hobby Central, and Religion & Beliefs.

In her career as producer, Julia created online areas in conjunction with major media partners such as The New York Times, Scientific American, Hachette Filipacchi magazines, Business Week, Wired, the Army Times, and Windows Magazine; as well as for the News, Personal Finance and Media departments.  She designed the Life, Styles & Interests web site and wrote original content for it; and developed original programming, including seasonal features, games, and interactive entertainment for the People Connection area of AOL's former services Q-Link and PC-Link, as well as for the America Online service.

Her early experience with the interactive channel of AOL, “People Connection,” gave her a unique perspective on the stories of people in cyberspace and how dramatically it could affect their lives.

Julia is married to J. Nicholas Gallagher, an attorney.  They have a daughter, Lindsay; and a son, Kyle; and live in Alexandria, Virginia.