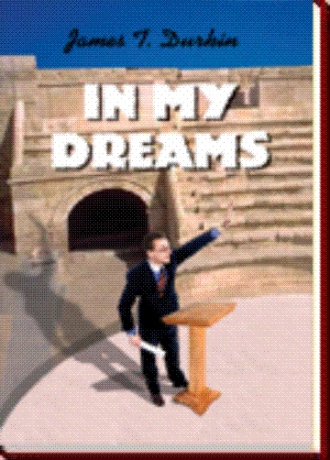 If it looks that I have difficulty speaking or if my voice suddenly goes, please bear with me. I didn’t want to say anything that would offend the Howard family today. Therefore, I submitted my notes to Mrs. Howard for review . . . because of the respect I have for the family.

"On behalf of Mrs. Lillian Howard, I want to thank you all for coming to pay your last respects to a great American. We all may have known Senator Howard for different lengths of time, but anyone who knew him was to love him. Regardless of our political views on the issues that confront us, we all shared a common thread: Senator Howard was a great human being and we are all better for the contributions he has made. For twenty-four years, he diligently represented the people of Louisiana in Washington D.C. He would have been a great president, perhaps the best our nation has ever known," Congressman Hamlin declares with a firm voice as those in attendance begin to applaud. One by one they slowly rise in respect and admiration for Senator Howard's family. For two minutes, the crowd continues in sustained applause.

Bob pauses for about ten seconds. He continues his speech to address a question everyone wants to know. Why am I speaking today? . . . You may be asking. Why is HAMLIN at the podium? An objective we should all have is to pick up the torch that Senator Howard carried during his entire life. I will run as the Democratic presidential nominee in November. You may say that I should wait. When Senator Howard asked me to run, my wife and I wanted to wait.

However, Senator Howard’s death has taught me a valuable lesson. He had been asked, some would say begged, to run in this and the previous two presidential elections . . . He waited too long and our nation has suffered for it. The proper time for someone my age to run for president would be . . . thirty years from now. We’ve learned a valuable lesson the past week . . . Life is short. We only live once. His death reminds us all that things come to an end. The bottom line is that if I do the proper thing and wait, the issues Senator Howard and I would fight for to be addressed could wait 30 years as well.

"Senator Howard was the epitome of honesty, motivation, and integrity. If I can do one-third in life in those three areas as Senator Howard did, then I would have done an admirable job. I fully intend to honor my word on all that I do throughout my life. Senator Howard's service to our nation will not be discovered in our history books in the years ahead. However, what is apparent to us as we gather here today is that the principles, his character, and the views he fought for helped to create better opportunities and hope for an even better future," Bob pronounces as those in the audience all rise in sustained applause.

"Throughout his career, Senator Howard stated that ours is the greatest country in the history of the world, but that we are not perfect. Being the best is not always good enough. When you are at the top, everyone wants to overtake you. If we are content with just being the best and do nothing to improve ourselves, someday we could be overcome. The problems that we face today are the issues that Senator Howard fought and argued that we, as a nation, should address during his career as a public servant. He was always vocal about the need to acknowledge those weaknesses we have. Our nation does not lose on the battlefield or to our competition in the world marketplace . . . We both agreed that we defeat ourselves when we wait too long to address the problems that confront us," Bob shouted. The audience rose and applauded for more than two minutes. 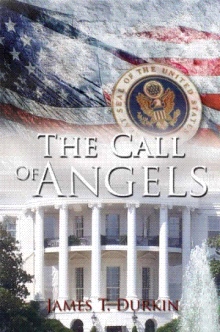 Robert Hamlin, a 19-year-old college student lacking self-confidence and motivation, returns home from college one weekend. After another long conversation with his mother about "it’s now time to pick a college major . . . ", Bob goes to sleep for the evening and his future is revealed to him by a series of dreams.

While in college, two major events occur in Robert Hamlin’s life. First, he wins the Illinois lottery, co-winning a $12 million purse. His great luck financially permits him to create a successful political consulting firm and be elected to the U.S. Congress at the age of 25. Second, the U.S. Constitution is amended to prohibit discrimination in employment by one’s age. He later uses the amendment to run for the U.S. presidency----and gets elected at the age of 29.

In his short political career and young age, he offers policy proposals with a strong sense of candor, not too often seen by elected officials in our democracy today. In doing so, he subsequently wins over the hearts of both men and women by working with people to realistically address the problems facing our country. Throughout the story, he addresses the disbelief young people have toward politics from repeated scandals of corruption, lying, and other "questionable" activities.

Robert Hamlin lives his life in a manner to demonstrate how elected officials can help our nation’s citizens. He believes that, "Public officials have forgotten that they are elected and paid by us." He summarizes the need to move forward by saying, "Let the future begin."

The first in an anticipated series of three stories, In My Dreams helps to inform Americans about the political process. More importantly, it tries to serve as a symbol of hope for a better future in our political system--by giving people an opportunity to "vote for a candidate, rather than against one."

T. Durkin works as an insurance fraud analyst.  He is an adjunct and part-time instructor employed at the and , both located in the suburbs of .  He has been teaching basic American Politics 101 classes since August of 1992.  Using a lively discussion format he firmly believes “there can’t be fire in the pews if there’s ice at the pulpit.”

He received his Associate of Arts Degree from Prairie State College in in 1987.  He earned his Bachelor of Science and Master of Science Degrees in Political Science from in .

In My Dreams is a fictional novel about a young man from the suburbs of who is elected President of the It is an educational and inspirational story about a young man who wins the Lottery and makes a positive contribution to society.

The eldest of five children, Jim currently resides with his wife, an elementary school teacher, and their son in .   He plans to write two more stories about his main character, Robert Hamlin, to continue the story established within this novel.  More information can be obtained at http://www.in-my-dreams.com