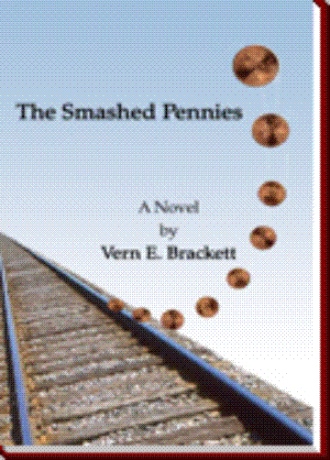 It was Manuel’s turn for them to play in his world, again, when he asked Buddy, "Bubba, you git out tonight?"

"What we gonna do this time?"

"Ain’t took you no night to watch flyin’ squirrels, has I?"

"Naw. Moon was bright last night and should be tonight."

"Do I need to bring innything else?"

"Yeah,. Somethin’ to tape and shut up yo’ big mouth with!"

The sun had just about completed it’s setting when the two boys got up into the oak and settled in, each on a limb with one behind to learn against. It didn’t take long before Buddy could hear the minute noises made by tiny running feet as they crossed the tree limbs’ bark. As his eyes got accustomed to the moon lit night he began to see the little creatures all about him. In fact he saw one slip into one of their traps and saw the trap lid come down over him. The trapped squirrel sure made a ruckus for about ten minutes before settling down. This was clean fun and Buddy was just eating it up.

Manuel becoming aware of the time passing, asked, "Bubba, whut time that pocket-biscuit of yore’n got?"

"Look at that red truck, in the back They got a black man all tied up and gagged!"

"They stoppin’ over there under them clumped oaks. Be still, Bubba, or we gonna be in for it big-time bad!"

"Yeah, I know. Ain’t a black in tha whole country don’t know ‘bout them KKKs, much less po’ blacks in Mobile! They big here! But Bubba, you need to whisper lower."

"Skeerder‘n that! Hope we don’t git caught. They’ll kill us!"

"Then jist keep quite and watch and listen. Don’t say no more, nothin’, you hear me?"

About a hundred yards away from the two scared, watching boys, a lot was going on. All the white men had donned their hooded, white-sheet robes and began to group around one man wearing a fancy decorated white robe and a head piece that looked like what a Catholic Bishop would wear at a church ceremony. But the boys noticed something very different about this guy. Supporting himself under both arms he had wooden crutches. He stood with his left leg bent backwards at the knee with his calve sticking out from under and behind the robe. His entire left foot was missing. And it seemed all the rest in the hooded group around him were waiting for his instructions.

Then they heard him bark his first orders, "Make me a hundred foot circle right here with them 24 coal-oil lanterns from in backa my pick-up and bring me the cross. And don’t drop it. I don’t want it touchin’ no ground. Space them latterns evenly around the circle and light ‘em. Using my post-hole diggers plant tha cross here in the middle and light it. Then bring that black son-of-a-bitch to me and lay him near my burning cross but not so close that it’ll burn me at him. Then I want all y’all standin’ inside the circle with me. I got words to say to him, first."

Then the leader turned towards a member standing over next to the black truck that he had arrived in and hollered, "Mickey, bring me my gallon of moonshine. I want all us to drink to this night and a good-bye toast to one more sorry, no good, white-girl raper!"

Then from down below came other orders to the group once the circle of lamps were in place and lit. "Rest of you git that cross up. Bill, yo’ time to light it. We don’t need to be here longer’n necessary! Where’s Joey?""

"Over here, Most Exalted!"

"Come close, I want to tell you something! Joey, I want you to do the follow-up tonight. After we finish here in jist a little bit put him in the trunk of yo’ car and take him down on Bay Front Road near the yacht club. Dump him in a dry ditch and put the sign that’s in my truck behind the seat on his naked ass. Cut his thing off and put it in his mouth before you leave ‘im. You got a problem with that?"

Then the leader turned and hollered, "Hershel, where you at? Come here?"

"Who you got out there on the road as look-out?"

"Go tell him not to leave right after we do. Tell ‘im Joey leaves last and for him to wait ‘til after then. You got that?"

The lit coal-oil lanterns made flickering waves of light casting ghostly shadows on the tall weeds and trees bordering the clearing outside the circle adding more to its death and graveyard effect on Buddy and Manuel though not reaching high enough to light the high-up oak limbs upon which they sat. But when the burning cross had reached it maximum flame height it lit up the whole area like daylight. The two boys just knew that, now, someone in the group could see them if they would but look up and over. But like the flying squirrels that had been running all over the branches just half an hour earlier, the two boys did all they could do to make themselves invisible, and one with the tree. Except for their quiet but persistent trembling, they did. 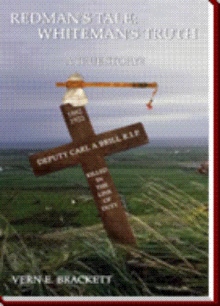 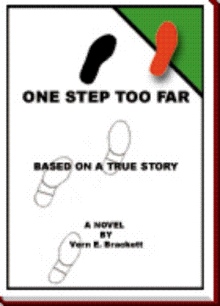 It is for you, the young of the Millennium, that I’m writing this. I wish to all get-out that I had something like it left me by my grandparents. But, back then when they were alive and I was little, folks just didn’t write much and particularly not like a story or a book about something very important that happened in their childhood. They just hand-wrote letters and post-cards and such to each other, once in a while. And those got thrown in the garbage.

And there’s another reason that I want to tell you this story. And that’s because being reared in Mobile, Alabama back in the 1940s and 50s was totally different than the way that you guys are being brought up. A normal kid’s life was very, very simple back then. That kind of life would be extremely boring to you these days...with television; videos; computers; little league sports; your lessons in music, karate, and dancing and such. But Manuel and mine was exciting and scary, and very uncommon in those times, and come to think of it, in these times, too. You’ll see why. And we never got caught doing all those things we did; well, least-wise, only once.

Too, I feel like I owe it to Manuel to write something about us. He’d like that, seeing his name in print. And I kind of want to leave a written history about how in just one year two ten year olds, me white/him colored, could become life-long friends during a time in which it was forbidden by both races for white kids and colored kids to play together, much less become closer than blood brothers. And though we saw very little of each other after that year, l948, we stayed real close through many letters, a lot of phone calls and Christmas cards. And our relationship did not come to an end until three hours AFTER Manuel was buried.

Following a thirty-five year career of marketing and manufacturing, Vern spends much of his time writing stories about the many interesting people that he met while travelling the U.S.. In between chapters, he is an avid Harley-Davidson rider. He resides next to the Mobile River Delta in Creola, Alabama.