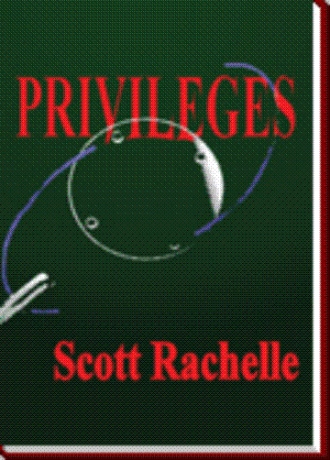 When he arrived at the house, the crime scene had already been marked off. There were five patrol cars there, and yellow tape surrounded the house, or what was left of it. Two fire pampers were on the scene with firefighters finishing the job of putting the house fire out. The gas company had shut off the main.

The right side of the house, including the garage, had been blown well into the yard. There were two by fours and bits of wall that had only been charred on the edges, indicating that the explosion blew the wall out before the fire took over. The roof of the garage had collapsed down on the cars, then fed the fire. The Stealth and the Citation were little more than blackened frames. Most of the body metal had been melted, crushed, or blown away. The house was severed at the margins of the gas explosion: Half a roof and two thirds of the facade remained, still smoking. The rest of the scene was soaking wet.

Cardena had been to several house fires, but this one was messier. The explosions had left a wide area of destruction. There were papers and furniture and bits of shattered belongings strewn all over. It was even more out of place in this neighborhood, nestled among the trees and upper classes. He lifted the yellow police line tape and crawled underneath, making his way toward the house. He stepped in large greasy puddles of oil stained water and silently cursed what this would do to his shoes. One of the uniformed cops met him halfway up the driveway.

The uniform shook his head. "Fire says it's a bomb," he answered, referring to the Aurora Fire Department Investigative Team. The two men walked over to the firefighter assigned to the case, Russell "Rusty" French. Unlike the rest of the firefighters on the scene, Rusty wore a suit and tie. The only distinguishing part of his dress was the yellow firefighter's helmet that he kept on his head while on the scene. Although Rusty had been a member of the AFD for thirty years, he no longer worked as a smoke eater. He was an assistant to the chief, spending most of his time working arson and other suspicious cases. He was slight, but had great strength for his size. He was unafraid of hard work, and he was methodical on the site of a fire. Rusty was working his way through the wreckage in the garage, looking for evidence.

French shook his head. "Bad one, Ray," he answered, without looking away from the debris.

"The guys tell me that you think this was a bomb."

"Know it," he said. "Look at the blast debris pattern."

This wasn't Cardena's forte. He looked around. It was a mess. "Shit blew up, all right. Couldn't it have just been the gas line?"

"Look," demanded Rusty. "Look at the blast pattern." He pointed toward the outside wall of the garage. "See that? Blown out twenty feet at least." Cardena nodded. "Helluva blast. Now, look at the back wall." There wasn't much left of it. "Blown clean away. Gas welled up for a few minutes before it went up. What set it off? Fire was already burning."

"Now look at the inside wall," said French. "See that? It's blown in. Not out. Did the gas line blow through the garage? Doubt it."

"Something in the garage blew out the walls," concluded Cardena.

"Makes sense. Check out the dining room. The furniture against the wall was knocked over. If the same blast that did that back wall had done the inside wall, the furniture would have been disintegrated. Get me?"

"Right. There was an explosion that blew the inside wall into the house."

"And a big explosion after that one that knocked out the back wall and brought down the second floor."

French smiled. "Got ya' thinking like a fireman now. Where did the first explosion start?"

Cardena looked around the garage. There were two burnt out hulks that used to be cars. One appeared to have been a ten year old Chevy. The other was reduced to cinders. "There," he said. "In that car."

Exactly," exclaimed the firefighter, clapping his hands together. "Something took out that car, started a fire, then set off the gas line."

Cardena put his hands on his hips. "Bomb? For sure?"

French shook his head. "Check with your guys," he said. "I think there is, but it's not my interest. I fight fires."

Cardena nodded. "Thanks, Rusty. Let me know what else you find."

Cardena stepped over toward the Stealth, still steaming from the water that had been poured on it. He saw the remains of a body inside the car. "Gloves?" he asked his compatriot. The officer produced a pair of vinyl examining gloves from his pocket, and Cardena donned them. "Has CSU been here?" He referred to the Crime Scene Unit. They collect evidence and photograph the crime scene. He didn't want to move anything until the scene had been appropriately photographed.

He leaned in and poked about the body in the driver's seat. He found that the head was unattached. "Lovely," he commented. He reached for the head and tried to lift it. The back of the skull was disserted from the rest of the head, and the two parts fell away. He grimaced. There was no skin on the face, all of the facial bones had been broken or crushed, and none of the teeth were intact. "Well, this should aid identification," he noted.

Jerrold Karp, M.D. is an ophthalmologist who practices in a town just outside of Chicago. He treats all forms of eye disease, but earns most of his income by performing cataract surgery. The CEO of the hospital where Karp operates meets with Billy White, M.D., a nationally renowned cataract surgeon from Chicago. White and the CEO conspire to damage Karp’s reputation so that White can increase his surgical volume by taking over Karp’s practice. In return for helping him do this, White agrees to work at Karp’s hospital. After trying for many month to prove his competence, Karp nonetheless loses his privileges to perform cataract surgery. In addition, his license to practice medicine is revoked. As a result, he loses his practice. His wife, incensed, leaves him.

Karp finds evidence of this conspiracy, in addition to other questionable tactics used by the doctors and administration of the hospital. Depressed, alone, and unable to convince others of his conspiracy charge, Karp decides to commit suicide. He creates a car bomb and plans to kill himself. His plans are altered when the estranged husband of another physician practicing at the hospital returns home and attempts to abduct the couple’s children. Karp uses his car bomb in a novel manner to turn the tables on his accusers.

Scott Rachelle is an ophthalmologist who has been in practice for fifteen years. After working as a general ophthalmologist in the Midwest, he returned to complete a fellowship in vitreoretinal surgery. He now devotes his career to this medical and surgical subspecialty. He is the Regional Medical Director of a large private practice of ophthalmology and the Chairman of the Department of Surgery at his local hospital. He has presented papers at several national and international conferences and has published various research projects in peer-reviewed journals. He is a Fellow of the American Academy of Ophthalmology, a member of the Association for Research in Vision and Ophthalmology, the American Society of Cataract and Refractive Surgery, the American Diabetes Association, and the American College of Physician Executives.

Privileges is the first novel by this author, who relies on his experiences as a practicing physician and knowledge of the politics of the medical profession to weave a tale of conspiracy and greed that takes place in the setting of a modern medical facility. The character, Dr. Jerrold Karp, lives in a frightening world where patients have become a commodity, and the mutual respect of colleagues is discarded in return for promises of riches. It is a microcosm that could occur anywhere and anytime, except for the practice of medicine by professionals with high moral and ethical caliber.