Behold the Face of God 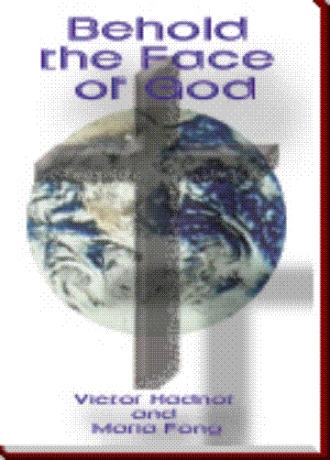 'There was a culture--ancient by our standards--a dark race of people that were oppressed for almost five hundred years.'

'They were enslaved and forced to work or die. The evil and brutal nation that enslaved them finally began to change--but they didn't want to admit that they were wrong for the evil that they had done--that went on for awhile. Then a group of black attorneys formed a league called the Antiebony League. They finally sued that wicked government in civil court for the wrongful murders of their ancestors.

You see--that vile country had passed laws saying that the children of the slaves could not sue the country for violating their foreparent's human rights--even though other races were filing law suits against other countries who had done similar things. Anyway--they sued for the murders of their ancient parents--and kidnapping--crimes that to this day--don't have statutes of limitations. Well--as you can imagine--that filthy nation fought the civil law suits all the way to their federal supreme court--where it was finally put to rest--the court upheld an earlier decision finding that wicked nation guilty--and forced them to pay trillions of credits to the children of the ancient slaves.'

136 'The use of the Quantum Recycler is forbidden on most planets--even though being an associate of the United Planets gives the people of that world limited access to a very small amount of the vast technology the original twelve members of the United Planets possess,' stated Folkjfhfhgnbf-lko.

Qutina voiced, 'But everyone agrees that the use of the transdoor technology is very important to space travel. It was how mankind got around the laws of physics--which kept them from traveling faster than the speed of light.'

'Yes--I guess in a way--it did--it allowed people to explore very distant worlds--worlds that might take hundreds of years to reach--they could reach in fractions of a second--once the descendants from the exploration party arrived on that world and opened a new transdoor.

Because of the way that the transdoor enfolds time along with distance and space--they could go back in time to a point seconds after the original expedition left--and walk through the transdoor--connecting the future to the past.'

'And all of that technology had to be managed by advanced laws--laws that could control the use of Jacob's Paradox. Because the circle of time has no real beginning or ending--and there are three hundred and sixty variations on every time-line--the use of Technoligion is what controls the actions of both man and machine.'

'But not every planet that joins the United Planets as associates--wants to worship the false god Technoligion.'

137 'Deep within ourselves--there lives the true power that is the reason that the universe exist today--the greatness and the Almighty Creation of our God and Saviour--Jesus Christ,' announced the prophet Vfafadsh-lklk-ijdg.

Dar-he uttered, 'It seems that the people on this planet--and in fact--there have been other reporters sent to other planets--that are seeking entrance into the United Planets association--because there are only twelve original planets making up the United Planets--and lots of planetery associates--this way the ruling power stays with the original twelve--it seems that some of the people on this world--like on others--don't want the association.'

'To find the true answers to life--one must look at the Almighty power of God--how he loves his people--how Jesus Christ has gone ahead to create a perfect world for us--and yes--a perfect new body for our fallen souls. Souls that have been bought back into the Kingdom of God--with the ultimate price. When the real truth is understood--unlike the worldly truth--which is not truth at all--it is just more lies--like the original lie. But Jesus Christ is Lord--and the Lord is God--and God is within us who believe on him. He will not fail us--he will not let us go--and he is faithful to do what he has promised.'

'Too ofter people promise things--get you to do your part--and then leave you hanging.'

'Believe on the Rock of Salvation--Jesus Christ is God Almighty!' 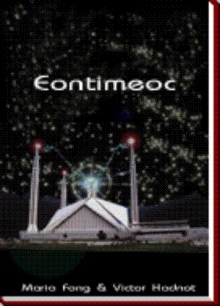 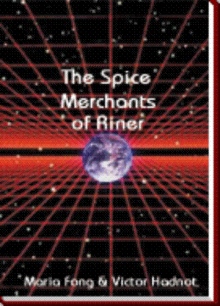 This book is a collection of short stories. The stories are science fiction, with a Christian theme. In the future - mankind has reached a level of technical evolution - machines are as 'Human' as people - but in a very different way: They have no soul. Society is left with with a perfect way of the physical world. But there are those who are seeking their humanity - they have found it in Jesus Christ.

She holds a diploma in business and has worked in the business world for years. She has authored several Christian science fiction novels in the past.

He holds an A.A degree in engineering and a B.S degree in civil engineering. He has authored and co-authored several Christian science fiction books in the past.