One Step From Grace 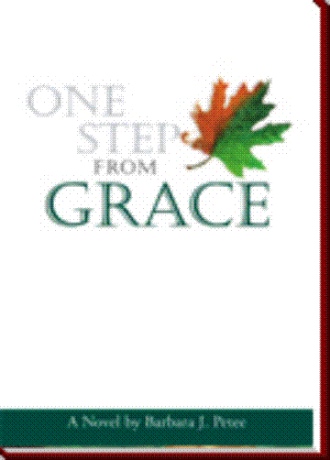 Excerpt from Chapter 3; One Step From Grace

Karen took her husband’s hand between her own and smiled down at him. "Hey, you," she said softly. "I was beginning to think you were gonna’ sleep the whole day away."

He looked at her for a moment but didn’t say a thing. And then his eyes moved to Cal. He seemed confused.

His eyes moved around, searching, it appeared, for someone else. He swallowed and looked at the nurse. "Where’s . . .Jeff?" His voice sounded dry, and tired and scared.

"Honey, Jeff’s with Lynne. He’s okay." She recalled one of the promises she’d made to their son. "He wanted me to be sure I told you that he loves you," she smiled, stroking his forehead, never taking her eyes from his.

She inhaled. "It’s Friday, Honey. You’ve been here at the hospital since this morning. Do you remember?" She was nodding for him, praying he could at least remember what had brought him to this moment. He nodded his head, slightly.

Bill Morgan came into the room then. He looked at Karen, then down at David. "David. I’m Dr. Morgan. I’ve been with you for the last few hours – since you were brought in." He cleared his throat and began his standard drill. "You’ve been asleep for a while. I’m going to ask you a few questions, see how you’re doing. Okay?"

David stared at him blankly. "Can you tell me your last name, David?" His voice had changed tone a bit, and became a bit too loud for the closeness of the space.

David frowned, not understanding the test. He swallowed. "Durling."

"Good. Uh huh. And can you tell me what month it is, and the year?"

He looked at Karen who offered a smile and nod of encouragement. He swallowed again, thinking for a moment. "June – ninety-eight."

Karen breathed in and exhaled.

"David, do you remember what happened to you this morning?"

His eyes looked back at Karen. Then moved to Cal. He looked at the nurse. And then to Bill Morgan. Again, he swallowed before he spoke. "I remember – falling," he answered uncertainly; his voice was shaky and still dry. "I remember . . .the doctors. And . . . Jeff. Jeff was there!" The last thought pushed him into full consciousness, and his eyes, suddenly, became more aware.

"David – you did fall this morning," interjected Morgan. "And from the fall, you suffered injuries in your back. Do you understand that?"

David nodded at the doctor, slowly. Karen swallowed and the room began to haze over in a white fog. Here we go. Don’t look away . . .Keep your eyes on him. Be strong. Be strong for him – and for Jeff. Oh Jeff – how am I ever going to tell you this! Cal slipped his hand over Karen’s shoulder, sensing she needed the brace.

"David, we had to operate this afternoon, to stabilize your back. In the spine."

His eyes began to register each word with increased understanding.

"Now, you’ve come through a very long, very delicate operation . . .very well. But I need to explain what we’ve done. And what your situation is. Okay?"

Oh God, please. Don’t let me lose it. Just get it over with

! She tightened her grip on his hand, and the pressure made his eyes find hers.

"There was substantial injury to your spinal cord, David. And we needed to stabilize the injury, and try to limit the damage, through the operation."

His eyes began blinking rapidly and it was obvious now the full measure of Morgan’s words were taking hold.

"Now the area above the injury, just a bit above your waist, is fine, David. Alright? But, you need to know that there’s some damage we couldn’t prevent."

"I’m afraid that, from the point of injury to your spine, downward, your body has been paralyzed."

The last sentence dropped from Morgan’s mouth like a bomb that failed to detonate. And as his wife, brother and the two strangers who stood above him waited for a sign of the explosion David Durling closed his eyes. In his mind he was standing again in Dee Mercer’s backyard, looking at a row of American Boxwoods. He saw Dee extend her arm, motioning him onto the ledge. He saw the face of his son; smiling first at the silly mistake Mrs. Mercer had made. But then Jeff’s face changed. He saw the look of horror on his son’s face as his own body began its fateful descent.

And then he remembered back – earlier that morning. He recalled the storm that had battered their world so viciously. And how Karen had been so terribly frightened of the thunder and lightening. He remembered how he had cradled her in his own body until the rains had passed. And while the rest of the world was quiet, they had lingered, making flawless love in the dimly lit hour before dawn. And it was at that memory the bomb made a final tick, and then registered full scale. As it exploded, David’s eyes opened. And as he looked upward he sought the eyes of the only earthly Angel he had ever known, and began his desperate and prayerful plea for her help. 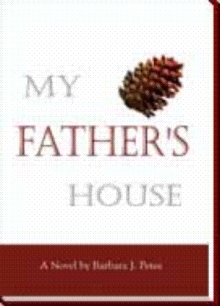 "When a love is as strong as the two of you profess to share, the rest usually falls into place."

That’s what psychiatrist Neal Wallace tells his patient, David Durling, during their first official meeting as David begins to let out some of his fears about his new life.

At forty-one years of age, David, the head of the family trade, Durling and Sons Landscape and Tree Service, and devoted husband and father to Karen and Jeff, had the world by a string. Until, on the first morning of summer, a work-related fall leaves David permanently paralyzed. Determined to shepherd David back to his world, Karen uses her connections with the medical staff at Toledo Medical Center where she is director of media and physician relations. Those same connections land David a spot at the exclusive Clear River Rehabilitation Center where the ‘best of the best’ in their field help David regain his strength and courage to face his new world.

With the entire family working so thoughtfully to recover their lives that have been violently uprooted, Karen believes that nothing, and no one, can jeopardize their progress. And she prays for guidance from her deceased mother, Grace, whom she considers her guardian angel since her death twenty years earlier. Then, on the hottest night of the summer, Karen’s greatest sin from her past is revealed as the bridge to her husband’s future. But she’s quite willing to walk through the fires of her newfound Hell so that her entire family can know the feeling of ‘Heaven on Earth’ again. And throughout the long summer, Karen comes to understand that the secrets one keeps can be the most halting obstacles in life. And it is she who must find the inner strength to match David’s determination to move ahead, bury the past, and forgive herself for the misstep that caused her own step from grace. Because no matter what, life goes on.

"This manuscript, authored by the exciting new voice of middle America, Barbara Petee, speaks to the passion and intensity of life in a tranquil river community. Ms. Petee’s ascetic style emboldens the struggles of an everyday family as they are threatened by a shattering event as tragic as its origins were charitable."

Barbara Petee has spent most of her professional life in where she serves as Corporate Director for Community Relations and Advocacy, for ProMedica Health System.  Coupled with her dual degrees in Journalism and American Literature, from , Barbara uses her 20-plus years of health care experience to weave a memorable tale that captures the defining moments of a family’s life, and how acceptance or denial of those moments can lead to a life of beauty or regret.

Barbara and her husband, Tim, have two children and live in .  One Step From Grace marked her fiction debut and its sequel, My Father’s House, is also available through AuthorHouse and wherever fine books are sold.

Here’s What Readers Are Saying About One Step From Grace

I loved this book! I cried, and laughed and felt connected with this family from the start. How wonderful to have a story so honest and heart-wrenching, yet triumphant at the same time.

Warm, loving, tragic novel; couldn't put the book down!  Barbara Petee's vivid descriptions of the Durling's life of tragedies, love, compassion -- the essence of life --- is so well written I look forward to all stories that will follow.

The read of the year! This novel is, quite simply, the best book I have read this year. While the story of the Durling family is achingly beautiful in both its honesty and heartwarming reaffirmation of the human spirit, it was the writing of Ms. Petee that most moved me. Effortless, flowing, and gut-wrenchingly real, the words of this up-and-coming writer are a credit to the literary world.