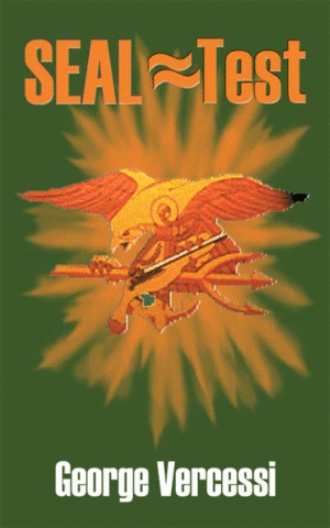 Downstairs, Ambassador Jennings Arnold mingled contentedly with his staff, bestowing holiday wishes like blessings. Playing god was what he liked doing most. And, as ambassador, he was pretty close to being one. He was circling the room, a drink in hand, dispensing bon mots when his assistant interrupted and whispered they needed to speak privately.

'What's the problem, Saunders? Has World War III started without my permission?' he said with a careless laugh.

John Saunders, who had a dry sense of humor and took his job a little too seriously, failed to respond in kind.

Noting his career officer's anxious look, Arnold shrugged and set his wine glass and hors d'oeuvres on a nearby table before following the older man out to the hallway. As he exited, he smiled at staff members who were happy for his attention.

'Nothing so drastic, sir,' his second-in-command whispered as they walked.

Saunders specialized in middle eastern affairs. He'd arrived in Cairo two weeks before Arnold with the standard State Department instructions to oversee the operations while keeping his boss from making a fool of himself and embarrassing the United States.

'Good. I'd hate to disrupt our little party. It's not often we get to socialize with the worker bees.'

Arnold's unearned snobbery had offended Saunders, a true Boston Brahmin, since their first days together.

'What's the problem then?'

'We've received a package marked urgent and for your eyes only. But, what bothers me most is that it's from the Swiss and we weren't expecting anything from them.'

'Well maybe it's fondue for our party,' he said with more of a laugh than Saunders thought the witless comment justified.

'Seriously, sir. The Swiss are very predictable. They would never send something without first advising us. Nevertheless, it was delivered by diplomatic courier and it does bear their markings. I think you should examine it.'

'Must I do so now? Can't we at least wait until after the meal? I'm starving,' he whined.

'I've had it brought to your office. It should only take a moment and I'm sure you'll be back in time for the ceremonial cutting of the turkey,' he said with a reassuring smile. 'Besides, the Swiss may be waiting for a response.'

The neatly wrapped package, about eight inches square, was waiting for him in the center of his desk.

'Yep. You're right, John. It sure seems to be from our Swiss friends. Did you have it run through the bomb detection as a precaution?' he said, while moving behind the desk.

Arnold picked it up and shook it.

'Well, it's not my birthday. What the hell could it be? Maybe it's an early Christmas present.'

'There's one way to find out, sir.' Saunders was losing his patience.

'Right. Let's get on with it and get back downstairs.'

He tore off the wrapping, revealing a handsome inlaid cedar box, its cover held in place by an intricate brass hasp.

'If the contents are half as nice as the package, it's sure to be spectacular,' he said.

Saunders watched him fumble with the latch then remove a smaller, styrofoam container that was taped shut.

'Damn. This is starting to unnerve me,' Arnold said, cutting through the tape with his letter opener. 'What the hell..., Agggh!,' he screamed, dropping the open container and its contents onto his desk while staggering backward.

Both men stared in disbelief. But it was Saunders who moved closer while Arnold, clinging to his leather chair, distanced himself from the package and its contents.

'I don't fucking believe it,' Saunders said in a low, dry voice. 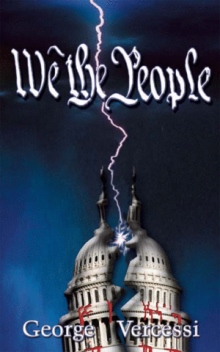 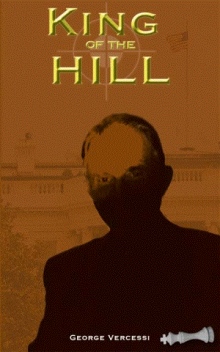 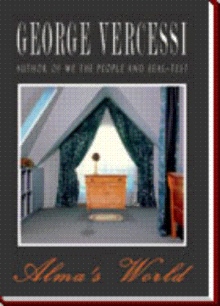 This is a story of revenge blended with a sadistic scheme to manipulate a weak and flawed president. It concludes with a daring rescue and a winner-take-all showdown between two warrior SEALs.

At 1:20 PM, the day before Thanksgiving, five men enter a Naval Academy classroom and, identifying themselves as Navy anti- terrorists, announce a security drill. Later that same evening, the midshipmen are reported missing and their professor is found with his throat slashed. No clues or demands are left behind.

It isn't until the following day that the reason for the kidnapping is disclosed, when the first in a series of obscure, grisly messages is sent to the U. S. ambassador in Cairo. An hour later, the resident CIA agent in Rome is provided additional information in the form of an ultimatum to be delivered to the President. Finally, a Washington news reporter learns from an anonymous caller that Iran is behind the plot and why.

Now, facing Iran's deadline to move all U.S. forces out of the Persian Gulf and little else to go on, the Navy turns to Commander Tom Sampson, head of the elite counter-terrorist Red Cell to find and rescue the mids.

Among the kidnapped is Ingrid Lucerne, daughter of Marine Corps General John Lucerne, the acting Chairman of the Joint Chiefs of Staff, and Russell Bennett, II, son of the chairman of the powerful Senate Foreign Relations Committee and close political ally of President Leslie Pickens.

With little to go on, Sampson assembles his teammates and begins what seems to be an impossible task. Meanwhile, Pickens must decide whether to yield to Bennett, whose goal is to ensure his son's safe return at any cost, or heed the guidance of his senior military advisor, the stalwart and uncompromising Lucerne, who advocates duty to country above all else.

As the deadline approaches, Bull Dankworth, the malevolent kidnapper and former SEAL, grows eager to settle an old score by luring Sampson to him with a series of clues, some brutal, others subtle. The pace quickens when a midshipman is found dead and Iran mines the Strait of Hormuz.

George Vercessi is a retired U.S. Navy captain who developed and co-produced "The Silver Strand," an MGM film aired on Showtime. He has also written several novels and numerous short stories.

He is a member of the Authors Guild, the Virginia Writers Club and the Washington Independent Writers.