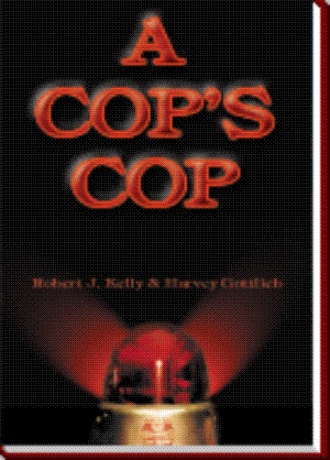 'A safe in a brownstone with ice,' the leader answered.

'Real simple. The people who live there will be in the Hamptons. Bing-a-bang-a-boom, and a little drive to Scranton, and $2700.00 for us,' the dumb one interjected.

'Okay, we'll meet here at 10:00 p.m. tonight, and wear dark clothes,' Harris ordered. 'You and I go in and get the safe, you steal a car and wait for us where I tell you.' Both men nodded their heads like a puppy doll in the rear window of a '65 Chevy.

Harris made another trip through the boroughs and called the Captain. He delineated the plan and gave him both addresses. Both men agreed that the odds were in their favor that it was Goi and Russell. Captain Cook made arrangements for the Brownstone to be empty, the safe easily accessible, and a car with the keys in it on the same street. The Pennsylvania and New York State Police would stay clear until Goi and Russell showed their faces.

Captain Cook came through in spades and the heist in the exclusive Brownstone went off without a hitch. Harris took the drivers seat when they emerged from the building and began the 2-1/2 hour trip to Scranton. The conversation between the two idiots centered around how easy a job it was and how surprised the owner of the Brownstone would be when he arrived home. Harris had been keeping an eye out for a tail, but there were no cops in sight behind them. The threesome made a pit stop to relieve themselves and grab some coffee just over the Pennsylvania border. When they were back on the road again, Harris realized Goi and Russell had been tailing them from the front. He recognized the dark sedan they were behind before pulling into the rest stop. Harris felt a cold shiver from the back of his neck down to his feet. He was never one to fear any man, or any situation, but the realization that he was up against the pros shook his confidence. Ten miles outside the Scranton city limits the dark sedan disappeared. Harris prayed a silent Novena that his old boss from the Trinity would not let him down. He knew if there was no back-up the odds were heavily stacked against him and the two odd balls living through the drop. Harris cautiously approached the designated meeting place, which appeared to be the abandoned shell of an old coal mine. The dark sedan was nowhere in sight and the three men got out of the car.

'Maybe we're early, you made good time, Sam.' Before the leader could finish his thought, the rapid succession of gunfire filled the air. Harris recognized the ambush and dove to the ground, rolling toward the car. He felt a hot, burning sensation in his buttocks as he looked under the car and saw the wide-eyed dumb thief with a quarter inch hole in his forehead. The shots continued and Harris heard the screams of the leader, followed by silence. Harris held his breath and laid perfectly still, hoping that Goi and Russell would take him for dead.

The smell of sulfur and dirt heightened the senses of the Philly cop. Harris suddenly had more respect for opossums. Only ten minutes had passed, but seemed like 10 days. Finally, he heard voices and faint laughter coming from the front of the car. As they drew closer, he thought to himself, 'don't go out like a dog.' Harris decided he would try to wrestle one to the ground while reaching for his gun when they inspected the bodies. He heard one of the killers kick one of his partners in crime to verify his mortality. Just as one walked around the front of the stolen vehicle, half a dozen headlights flashed to shouts of 'Freeze! Police!' The perp in front of the car, Goi, began shouting and was quickly gunned down. The other, Russell, made his way behind the vehicle. As he came upon Harris, the wounded cop unloaded his revolver into his chest. As Russell collapsed from the impact of Harris's bullets, shots continued to hail the stolen vehicle. Harris felt a hot knife in his right shoulder, followed by another in the side of his neck. He dropped his gun and lost consciousness.

A Cop's Cop is a hard-hitting, fast moving account of Philadelphia's super-sleuth, Charles Harris. The story begins in the 1920s, when Harris was a flat foot walking his Philly beat, and follows his career as he evolves into the city's top cop. The beady-eyed, bowler wearing cop built an information highway of snitches, whores and priests to develop a Machiavellian modus operandi years ahead of his time.

His personal and professional lives intertwined and the young Harris manipulated the misfortunes of the Great Depression into a substantial real estate empire. The moxie and intimidation tactics he displayed in his youth were replaced with street-smart wisdom and crafty intrepidity in his golden years. The older, more experienced Harris ran a Special Investigation Unit before his retirement and was responsible for solving some of the most renowned crimes of the era.

Harris' personal life was filled with idiosyncrasies, including a peculiar marriage to one of the city's classiest 'Madams.' Their union comes to a shocking end when his career is shattered and his love is betrayed. In the end, Charles Harris was a cop's cop until his final day.

Robert J. Kelly was born in 1956, raised in South Philadelphia and currently resides in Horsham, Pennsylvania, a northern suburb of the city. He retired from a career as a financial consultant with a large U.S. insurance company in 1996. He graduated from the American College in Bryn Mawr, Pennsylvania and holds the professional designations CLU and ChFC. He is married with one child and a playful Maltese named 'Chablis.' Robert stumbled upon writing as a hobby to pass the time in his retirement. In addition to expressing his imagination on paper, he enjoys golf, travel, wine collecting and baseball.

Harvey Gottlieb, a retired businessman born in the heart of South Philadelphia, compiled the research for this book. He is widowed and enjoys spending time with his three children and grandchildren. Harvey is an avid collector of Samuri swords and enjoys recreational gambling. When not promoting literary works, he travels throughout the United States, especially Las Vegas.