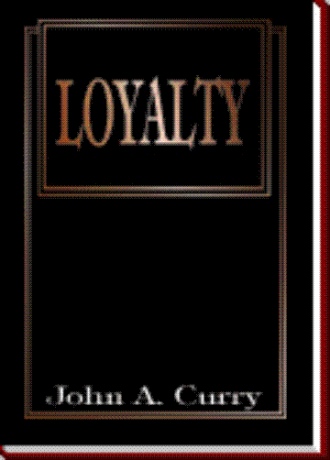 Leo found a parking space directly across from the boathouse. At this hour traffic was relatively light, but almost all of the parking spaces were taken. 'Jesus, Jack. You sure this will work?' Leo said. 'Why don't we wait until he's stationary somewhere?'

'He's not anticipating trouble when he's out running, Leo. Trust me. It's going to work,' Jack said calmly, lacing his sneakers. 'Here he comes now. See him? About a half-mile away. The guy in the white T-shirt and red shorts.'

He opened the passenger door, adjusting the baggy sweatshirt over the blue shorts. He slipped the .38 into the holster between the shirt and shorts and, with a quick wave to Leo, crossed the street.

The sun slanted through the cloud cover, and off to his left sailboats dotted the dirty gray waters. At this time of day there were but a few of them, and even fewer pedestrians and runners on the sidewalk adjacent to the Charles River. As he looked ahead, he saw the white-shirted target moving at a normal runner's pace toward him. There were no other runners in front of him and a quick glance over his right shoulder confirmed that he was the lone runner heading west on the walkway. Just ahead of him, an elderly couple walked ever so slowly toward him, the man supporting his wife with his arm as she limped along, the two simply enjoying the outing, stopping every ten or twenty paces to admire the view across to Boston or simply to look at one another in that mutually supportive way that is the individual terrain of the aged in love.

Loping gracefully, he passed them, thinking for a moment of his track seasons at Lynn English, particularly his six hundred yard indoor race against the great Charlie Jenkins of Rindge of Cambridge, at the Boston Garden. He had lost, but only in the last few yards, to the state champion.

To his right a long series of benches, perhaps ten of them, were mostly unoccupied. He needed to approach the Chocolate Drop some distance from any observers. Once he passed the teen-age couple necking and totally absorbed in one another just twenty yards ahead of him, there was no activity in the closing distance between him and the target.

About sixty yards ahead, the Chocolate Drop paced himself, leaning forward, mostly studying his own feet, as many runners do, oblivious to his surroundings. He looked up for a moment, glancing ahead, noting the runner in the gray sweatshirt and blue shorts moving along with a confident stride, a lanky, black-haired athlete probably ten years younger than he. He prepared to give the runner's traditional wave of acknowledgment.

The Chocolate Drop glanced to his left at the immense MIT buildings and then, back again, to the runner closing on him, about fifteen yards in front of him now. He waved as they got ready to pass one another.

As Jack waved with his left hand, he simultaneously reached for the .38 with his right. As they passed, he said, 'Jimma Flaherty and his family wish you a good life in the hereafter.'

The Chocolate Drop turned toward the runner, and stopped in disbelief and shock. 'What did you say?' he asked. But the runner had stopped and turned as well, and in his right hand The Drop observed the gun and in that instant knew his life was over.

Jack kneeled, raised the .38 and fired two shots, the first to the forehead, the second to the chest. Blood spurted through the white T-shirt, and the Chocolate Drop fell hard onto his back. Jack threw the weapon into the Charles, ran across Memorial Drive, toward Leo, who was exactly where he should have been.

Without looking around he entered the car, directing Leo to turn right on Massachusetts Avenue, as he simultaneously reached for the dress pants and light brown sports shirt in the back seat.

'Drive carefully, Leo. Stop at Central Square and let me out. I'll get back to Lynn on my own. You better ditch the car soon after dumping me. I'll call you later,' Jack said. He took off the sneakers, pulled the dress pants over his shorts, the gray sweatshirt over his head, and then put on the light brown shirt and the brown shoes.

At Central Square, Jack got out as they stopped for the red light. Walking slowly, he headed for the subway station. He paused at the sub shop window just for a moment, ostensibly looking at the preparations for the noontime rush. He glanced back toward Massachusetts Avenue. The street bustled with activity, but he observed no signs of police activity, simply the normal sounds of summer and the fever pitch of urban life.

Loyalty is a psychological action novel of betrayal and revenge centering on three Boston-area Irish-American brothers during the period 1947-1982. Focusing on the oldest brother, Jack Kelly, the emotionally complex and deeply alienated protagonist, the cinematic narrative chronicles the conflicts between his Boston Irish crime family and Irish rivals on New York's West Side, Italian dons in Boston and New York, and Black gangsters in Roxbury. It also traces Kelly's existential struggles as he seeks to find his way in what he sees as an unfair and amoral world.

Shadowed by the early death of his mother and the abuse of his alcoholic father, Kelly plays the devoted father and protector of his brothers -- Tommy, a promising middleweight boxer and Jerry, a bright Harvard undergraduate who eventually establishes a legitimate business. Jack executes an elaborate plan to thwart a fight-fixing scheme initiated by Connie Ryan, leader of the New York Westies, thus protecting Tommy but setting off a decades-long vendetta by the Westies' leader.

Kelly's relations with women are undermined by a too deep attachment to the memory of his dead mother and by his own one-way brand of loyalty that denies any real place in his heart to Marjorie, with whom he fathers two sons before they separate; Courtney Stahl, a sexy lawyer who eventually becomes disenchanted with him; and Catherine Slatery, the widow of one of his lieutenants. Family relationships become more strained as Kelly's son and nephew are drawn into his crime circle. As the net of deflected threats from the FBI, seen and unseen adversaries, and an informer within his own organization tighten around him, Kelly moves to eliminate his enemies, particularly Connie Ryan, who has made known his deadly intentions toward Kelly, his son, and his nephew, the heir apparent to his fraternity of crime.

The novel is rife with inventive incident, is evocative of the political, social, and physical atmosphere of the post-war decades, and offers a rogue's gallery of interesting secondary characters. The presence of the sea and the city is keenly felt and intimately connected to the psychological action of the story. Always on the move, Kelly ends as he began, the existential outsider who thumbs his nose at an unfair universe and whose ultimate loyalty is to no one and no thing.