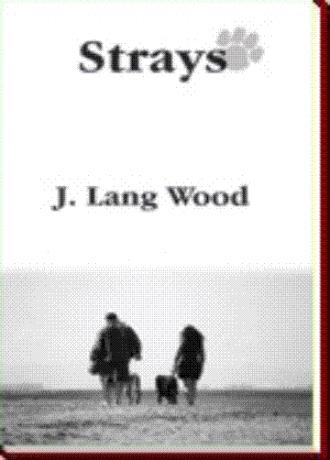 He talked between mouthfuls, with the gusto of a typical man, about why he had gotten into theater ('Loved it all my life') and the play ('Professionals-every man-jack') and the script ('Garrett's best so far'). Everything was positive. Confident. Jan said little beyond the obligatory comments. Instead, he watched his face, full of animation, far-off-was he ever off-stage? And she wondered which expressions were the actor's and which were the man's.

'I'm sorry if I made you angry before,' he said, apropos of nothing. 'It's just that nasty possibility.'

He went on as if ignoring her.

'Being together. Being friends. It gets complicated. Sex always rears it's ugly head. Oops, sorry.'

She felt herself frown.

'There's no possibility, believe me. I feel rather sorry for your thinking there might be.'

'Hmm. How long have you been married?

'That is long. You must have been a baby when you married. I was married-once-a long time ago.'

She never felt good asking questions like that. Asking them sounded like probing into very intimate matters, and not asking them seemed like lack of interest.

He shook his head.

'I was actor pursuing roles-she was a materialist pursuing goods. It didn't work out, as one could have predicted.'

She nodded and began committing details of him to memory. He would be gone soon.

In Strays, a woman's hunger for fulfillment leads her into difficulty when she meets a stranger in the course of her volunteer work at an animal shelter. He adopts one of her charges and, against her better judgment, the two become uneasy friends, although he is something of a shady character and the two have nothing in common on the surface. Their love for animals and their need for companionship brings them together, and the relationship grows deeper and deeper, until the woman is forced to confront her dissatisfaction with her role as wife and mother. The story is a morality play, demonstrating the eternal lure of the 'unfamiliar,' and the ever-present curiosity about the 'roads not taken.' Jan, the heroine, would be good, if left in peace -- in fact, she knows no other way to be -- but the vagaries of fate put something irresistible in her path, and the impulse to explore the new opportunity becomes more than she can overcome -- because of her inexperience, rather than because of any inner need to break rules or do evil. She is a 'stray' herself, cut off from her usual patterns of behavior by the changing family roles and personal values. Her exploration of this new landscape leads her into pain for herself, and for those she most cherishes.

J. Lang Wood has published short stories in various small press magazines across the country. She is a wife, mother and businesswoman, and has spent a number of years herself as a volunteer at the West Suburban Animal Shelter in Downers Grove, Illinois, where this bittersweet novel was inspired. She dedicates this book to all the 'strays' of the world, and especially to those who have touched her life, and taught her so much about courage, and love, and survival.