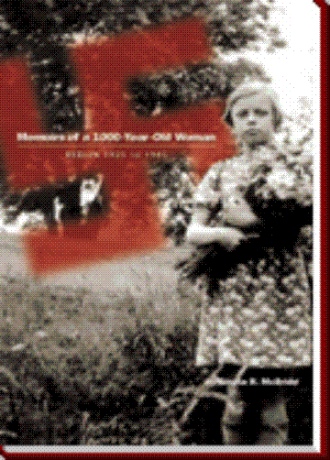 The longest air raid so far occurred on the night of September 25-26. It lasted from 11 p.m. until 4 a.m. I recall very clearly looking at the clock in the kitchen when we were ready to go into the basement. Most air raids started around 11 or 11:30 p.m. We could almost set our alarm clocks to wake us before the sirens sounded. The British were very punctual.

As the number of raids increased, I lost a lot of sleep. I began to go to bed earlier. I found it hard to wake up when the alarm went off because I was in the deepest phase of sleep. I felt like a zombie. I often put my clothes on backwards and my feet into the wrong shoes taking longer to get ready than necessary while Mama stood over me urging me to hurry and antiaircraft guns could be heard firing in the distance.

I mentioned that a number of partitions in the basement had been removed in order to make room for an air raid shelter. People had brought chairs and benches and picked a spot. Here we spent many a night sitting up and talking or trying to sleep while above us bombers unloaded their cargo and antiaircraft batteries tried to defend the air space over the city. Conversation in the shelter often centered around food, on the air raids, on the damage done, listening to and commenting on the antiaircraft fire, the bomb explosions and guessing how far away they might be. A number of people did not talk and they tried to sleep.

Any time of year, the basement was cool and slightly damp. I wore warm clothes, socks and boots and wrapped myself in a blanket. Nevertheless, after hours of sitting still, the dampness got the better of me. I was very cold and clammy in spite of the warm clothes, the blanket and stamping my feet. It was almost impossible to sleep sitting up. Once I made it back into bed, it took a while to get warm and fall asleep. It was tiresome because school still started at 8 a.m.

Some people brought thermos flasks with hot drinks and snacks into the shelter. It was quite interesting. Here were people who, although they had lived in the same building for years, decades, even 50 years, had only a nodding acquaintance with each other. Now they were all stuck together in the small cellar for hours.

Our neighbor, Mr. Wagner, was a fun person with stories to tell. He reminisced about his life prior to WWI. It was fascinating. He described all sorts of things, food in particular. This was a favorite topic since we were short of food. I can still hear him telling us that you could purchase a prix fixe dinner (soup, roast with two vegetables, rolls, butter, coffee and dessert) for 50 pfennig. When one bought two large white herrings, the fishmonger threw in three small ones for free and so on. Mr. Wagner’s reminiscences turned our thoughts to all the wonderful things that were no longer available and made us forget or at least ignore what was happening in the skies over the city at that moment.

Mr. Wagner had started to come to the basement only recently. His wife, whom I had never seen, suffered from depression or so Mama told me. Mrs. Wagner never went out so he did everything. He shopped. He cooked. He took care of her. He was always friendly, courteous and cheerful. He had stayed upstairs with her during air raids. Then one day, he received a directive ordering him to take his wife to an institution. If I remember rightly, it was Ploetzensee. I knew that Ploetzensee was a mental institution. If children wanted to deride someone they sang, "You are crazy, kid, you belong in Ploetzensee where all the crazy people are." He was very upset and tried in vain to keep her at home. She had never done anyone any harm. He was not permitted to do so and he was not allowed to visit her.

Within two months a notice appeared on our building’s bulletin board announcing Mrs. Wagner’s death. Poor Mr. Wagner was crying when next we met him. He had been married for 50 years. His wife’s death was a tremendous shock to him. We felt sorry for him.

Rumors circulated that an increasing number of institutionalized mentally ill people died shortly after being transferred to different institutions, always without knowledge or consent of the family. It was rumored that they were "helped" into the hereafter.

The death notices received by relatives of mentally ill patients read as follows, "We regret to inform you that your wife (husband, son, daughter) who was recently transferred to (name of institution) by ministerial order, unexpectedly died on (date) of (cause of death). Unfortunately, all our medical efforts were without success."

At the end of September, it was announced that children under 14 would be evacuated. That left me out. I talked with my classmates about it. We wanted to be evacuated because we thought it was exciting, like going on a long vacation to a place we had not been before. But, we were too old. We felt left out and resented it to a certain degree.

Once more, a big drive was on for raw materials, including scrap metal, old newspapers and bones. All iron fences and such had long been dismantled. Church bells had been melted down and even the metal tips atop flag poles had been collected. Again, we were urged and required to collect more scrap metal items from people’s homes such as pots and pans, old irons or other metal items that might still be stored in basements. After the first round of collecting from family, friends and neighbors a long time ago, not a piece of scrap metal was left in anybody’s household, certainly not mine. I refused to go door-to-door collecting. All children everywhere had to collect and there were no sources left.

The pressure to produce continued and I began to worry. The teacher appointed to be in charge of this operation set up a table in the school yard during our break. We lined up and delivered whatever we had. The items were weighed and the amount entered in a book, as well as in individual booklets each child had been given. I was afraid I would have only a row of goose eggs under my name. That would be very bad indeed. However, help was near.

I left home at 7:20 every morning and walked approximately four blocks to the streetcar. Occasionally, I walked with Mr. Becker. The Beckers, a couple in their 50s, had an apartment on the third floor and I liked them. Mr. Becker was wounded in WWI and, as a result, he walked with a limp. He was an engineer but I don’t know what kind. On our walk, we talked mainly about school and current events. Mr. Becker was an ardent anti-Nazi and Hitler hater. He felt free to express his caustic criticism of the regime to me but never while we were on the streetcar.

One morning, I mentioned my problem and my inability to find any more scrap metal. I said I was afraid that I would get into trouble for not delivering anything. Much to my astonishment and delight, Mr. Becker replied, "Don’t you worry about it anymore. I can help you." From then on, once or even twice a week, he told me to open my briefcase and dropped some neatly wrapped rolls of aluminum and brass discs into it. They were obviously discards from some work process in his factory. At first, I was a little apprehensive about delivering these items to the teacher and thought he might want to know where I got them but he never asked. In fact, I did so well that I was awarded a prize, a book, for being the best scrap metal collector in the school. I do not remember the title of the book and lost it later in the war.

"Memoirs of a 1000-Year-Old-Woman" is a vivid retelling of a girlhood spent in the turmoil of the Third Reich. Written in an unaffected, straightforward style, it should appeal both to a popular readership and to scholars interested in the daily texture and minutiae of the period, particularly in regard to women and girls.

The book covers the years from the author's earliest memories to the end of the war, arranged chronologically.

It combines anecdote and recollection with quotations from contemporary news sources, song lyrics, and other supplementary material as well as photos.

Through the chapters the reader is brought step by step from a girlhood troubled only by the sorts of personal upheavals suffered in every life, through the gathering tension and little-understood adult preoccupations with the growing threat of war, to the young woman whose life seems to have lasted 1000 years within the compass of the "1000 Year Reich" itself.

Gisela R. McBride was born in Berlin where she lived and was educated. At the end of World War II, she went to London where she worked for a number of firms, lastly for Lloyds Bank. Ms. McBride received a certificate for conference interpreting as well as a British Red Cross certificate in first-aid and home nursing. She sang in Lloyds Bank's Amateur Operatic Society. In 1957, Ms. McBride emigrated to Canada and worked for the Canadian Broadcasting Corporation in Toronto until she moved to the United States. She lived in California, New York, New Jersey, Pennsylvania and Washington, DC.

In addition to writing her memoirs, Ms. McBride translated a copy of a commentary on the Book of Revelation by Landesbishof Edouard Lohse of Hanover, Germany, into English and self-published a volume of Estonian Folk Tales which she translated also from German into English.

At the age of 62, Ms. McBride graduated with a liberal arts degree from the Pennsylvania State University.

Upon publication of her memoirs, Ms. McBride was invited to speak about her life at schools, civic organizations and veterans groups. She continued to share her story up until her death as a result of pancreatic cancer in 2012.