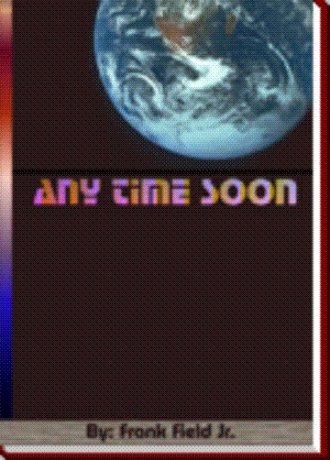 . . . Amos Carson was the head general of the Oregon Freedom Fighters Militia. As such, he was the traditional 'Good old boy' from down Texas way. And he was proud of it. He'd cut his teeth on sorghum and alfalfa bowls, and he, like the rest of his small yet well connected and secretive army of freedom fighters, kept up the falsehood of being just a regular country hay seed as often as possible. But that was all it was, a false front. He, like the majority of his fellow militiamen, was well educated. In actuality Amos was a Suma Cum Laude graduate of Texas A & M University, where he'd majored in mechanical engineering.

. . . But he'd grown up in a conservative household where he had learned to be or had grown up to be disillusioned about the aims of the American government. Amos Carson was not so much against the American government as he was for the Republic. After all the American pledge of allegiance was to the Republic not to the democracy. And Amos, like his fellow militia cohorts, was not pleased with the direction the American government was leading the Republic. What with firearms control and a host of other restrictions being put on the average citizen's rights, Amos felt that it was time for a change. And that was why he'd moved from Texas to Oregon to join the Oregon Freedom Fighters Militia some ten years previously, on his thirtieth birthday. His views matched those of the Oregon Militia even more than they did the Texas Militia of a similar name.

As he looked out of his second floor log cabin office in the militia's administration building inside the five hundred acre compound that embodied the headquarters of the Oregon Freedom Fighters, Amos was a little contemplative.

Amos had read the hardcopy sheets first. And now he was wondering what to do about the powder. If what the sheets said was true, then somebody had stumbled on the discovery of the century! There were a number of fruitful uses he could put the powder to that he could think of right off the top of his head. And he was sure that there were plenty more that a little brainstorming session with his fellow militia could produce.

General Amos Carson decided to call in his two top advisors and pump them for a solution.

When Major Rick Barnes and Major Pete Aston arrived in the general's office a few minutes later, Amos pointed at the opened package on his desk. 'What do you two make of this?'

Major Barnes picked up the hardcopy and began to read it. Major Aston hefted the bag containing the powder, and carefully opened it. As Major Barnes read aloud what the hardcopy said about the package's contents, Major Aston stuck his hand into the bag of powder and barely touched it with his index finger. Then he withdrew his hand from the bag and just barely touched it to his tongue.

The other two men jumped, because Major Aston fell out cold to the floor in the next second.

As Major Barnes dropped the hardcopy and rushed to Major Aston's side, he had barely lifted Aston's head in his hands when he, Major Barnes, also keeled over unconscious.

General Carson took this sequence of events with a grain of salt and did not move an inch. He figured, and rightly so, that some of the powder was in the air from Aston's dropping it as he fell unconscious, and Barnes had sniffed some of it when he went near Aston.

So, the general carefully took out the surgical mask from its separate bag and put it on.

While seeking a cure for insomnia, a biogenetics engineer-scientist, Doctor Michael Johnson, accidentally discovers the perfect humane chemical weapon. His subsequent methods of introducing the new weapon to the world produces a major upheaval in crime and law enforcement around the planet. And not only is he the only one responsible for the growing world crisis, he is also the only one who is capable of resolving it, if the authorities can catch him before it's too late, and if he's willing to let them off the hook when they do.

I am something of an eccentric recluse, more by habit than by inclination.

I grew up in Ballinger, Texas, a small town in West Central Texas, near Abilene and San Angelo. I graduated Salutatorian of my Ballinger High School Class of 1969. I received a Bachelor of Arts degree in Physics with a minor in Math, and an equivalent minor in Chemistry, from Austin College, in Sherman Texas, in 1973.

I have lived in the local San Antonio, Texas area for most of my adult life.

I am currently disabled. But I occupy myself by playing with electronic gadgets, by taking continuing education courses at a local junior college, and by reading, writing, and drawing.