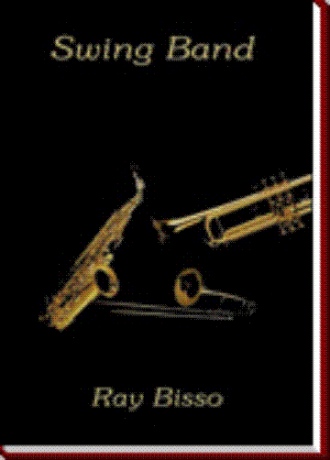 By the time the bus left Albany for Boston the band had been on the road for months. The bus was okay but not deluxe. The guys were beat. And that's how it was with the long canvas signs on the sides of the bus - The Mel Copeland Orchestra- getting wind blown and ragged at the edges. The large autographs the guys had so energetically signed around the orchestra letters on the sign were hardly legible any more. It was one of Artie's flashy publicity ideas that didn't turn out too well. Now a couple of the band guys had penciled thin lines through their names, indicating their displeasure with the length of the road trip. But it was Depression time in 1936 and it was as good as you could make it under the circumstances. Still, there was only so much booze and pills and tea and cards and talk and sleep a band could take.

There was, of course, the countryside and the look of the towns. To me it was always a kick. A continuous passing world somewhere between sleep and awakeness. To pass the time I played head games about how towns or cities or little burgs were going to look before we passed through....

It didn't take long to see what was happening in an area. Some places were shriveling away to ghost towns, with run-down farmhouses and collapsing barns, neglected fields gone to weeds, stores in the main street of town all boarded up. Every now and then we passed groups of men working at the side of the road or on a new steel and cement bridge stretching across a rushing river with a sign that identified the government project. WPA or CCC or Interior or some other government administration.

At night we passed isolated towns with a cafe and a sign in the window reading, Free Coffee. One or two lonely people staring out to the highway. Sometimes a coffee shop sitter would recognize our bus sign and wave to us as we passed. Most of the time the guys were too tired or too sleepy to respond.

Occasionally a town would be alive and ready for us for a dance or a show, with banners and cheering fans. That didn't happen too often, but when it did it was a huge exhilaration for the bandsmen and they all came to life and played with great enthusiasm and drive. But then, came the end of the performance with a few straggly good-byes from fans and back onto the bus and the highway of never-ending wheat and corn fields....

Of course, the end of the trail was always a flytrap hotel or motel, most of them with shabby rooms and tasteless food. And we couldn't wait to leave them. The best thing about them was the bar. At least the bar gave you a pickup for the next leg of the trip. We had started out with the idea that a few months through the Middle West and the South would blend the band into shape. We had built a book of arrangements that were setting a style. The fans were recognizing some pieces and beginning to ask for them by name. Mel planned to record them as soon as the band got back to New York City. The band drew good crowds and after all the lean days the money must have looked good to the booking offices because at the end of that swing we found ourselves covering upstate New York and the eastern seaboard. We wanted to get to the city and get that recording done. But it wasn't happening. Instead there were fifteen guys stuck in that bus, sinking deeper into their own world of depression.

Then the news came that the band had a six week breather date at a lake ballroom location north of Boston. Everyone in the bus was excited, Only Geno Costello, sitting across from me, was calm as usual. He took the news in stride. You would expect that from him. Geno was our featured tenor man. He shrugged his shoulders. Geno looked a little like Cary Grant except that his face was longer and he didn't smile as much.

'It'll be nice. It's called Weldon on the Lake,' he said in his soft voice.
'Sounds classy.'
'Not too classy. A big old ballroom. Fine acoustics. My brother John and I spent some time there with the Casa Loma three years ago. A good place to relax. They've got the boats and the canoes, and plenty of dames. Don't think it isn't nice. You'll like it there.'
'Sounds better and better.'
'Yeah, it's okay. As long as you stay at the lake.'
'What do you mean?'
'Got a couple of roadside places a few miles down the road. Bad vibes there.'
'Like?'
Geno shrugged. 'Like a bad feeling. I sat in on jam sessions a couple times. Lots of cutting. You know, moving in on the out-of-towners. Maybe it was just me. Anyway, you're gonna like the lake set-up.'...

It is the time of the Great Depression, in 1936 when jobs were scarce and money tight, but also a time of great public enthusiasm for Big Bands and Swing Music. The novel, Swing Band, tells the story of a group of exhausted musicians in the Mel Copeland Orchestra who have been on the road for months and finally find themselves at an idyllic six week summer location date in a lakefront ballroom in Weldon, a small town north of Boston.

The story unfolds as the bandsmen meet local girls and musicians of the area. The disillusionment of Brad Collins, featured trumpet man, with the band's grinding commercial road experience finds a release as the narrator and Brad date girls and hang out at jam sessions in a local roadhouse. One of them, Gloria, has been dating Joe Ritz, a soft-spoken hipster who likes jazz and has underworld connections in Boston. He disapproves of Gloria's friendship with the jazzmen. This leads to antagonism and complicates her alcoholic and drug habit. Brad finds satisfaction in playing competitively at jam sessions to uphold Gloria's integrity.

Swing Band describes a battle of music in the town park; ballroom scenes of fans and jitterbugs responding to the excitement of the swing band; acts of racial prejudice involving Robert, the black band boy; a crapshooting scene in the woods with Joe Ritz and his gambler cronies; idyllic summer days canoeing on the lake in the early days of pot smoking; the intensity and competition of jam sessions in the roadhouse at the edge of town.

Today there is renewed interest in Swing and the Big Band era. It was a glamorous time and it remains a seminal period of American creativity.

Ray Bisso was born in Wakefield, Mass., educated at Holy Cross College, spent three and one-half years with a U.S. Army Swing Band in the Pacific. He was leader of the Memphis Bold Jazzband in California, owner of a jazz club, worked as an advertising manager, earned a degree in English from U.C.L.A. and in 1998 published a narrative jazz poem, Buddy Bolden of New Orleans.