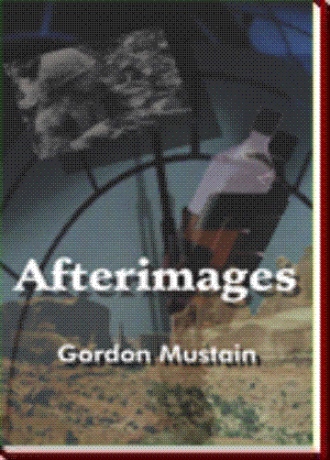 I am the shadow of a star, the afterimage of fires five thousand years dead. I am as empty and absurd as the damp fish nets hung glistening in the dark to catch the breakers' roar throbbing across the sand, or the swirling, silver-mist tendrils of fog dancing ghostlike, slow and graceful, across the restless water. The creak of the pier and chafe of the boats against the pilings are the only rhythms of my being. I am the sea wind, cool and ephemeral, the creator of time and space, and like a child seeking the shape and texture of a flake of snow, I have destroyed the very thing I sought so desperately to understand, burnt out the heart which alone made life mysterious and exciting...

I saw them finally, yesterday, Nick and Susan, as I knew I must, and these words and images come to me as a summation of sorts, born of this night spent walking on a Southern California beach trying to reconcile it all, trying to synthesize an understanding not just of myself and Susan, but of Nick, of the war I still carry with me, an understanding ultimately of all the friends and yesterdays with which I have defined myself.

Their images float around me now in the dawn: Susan, with her short blonde curls and beautiful sadness, immensely open, vulnerable, and inevitably most deadly when loved too well; brilliant and bent on enveloping the whole of existence in thirty years and devastated by what she was missing; never unaware of the aura of feminine mystery she created yet unable to explain it; making love with an intensity that left me haunted, and betraying me finally with a style so outrageous I could not begrudge a secret applause from behind my curtain of pain.

And Nick Alvita, the Nietzschian freak among us; conscienceless; usually drunk on Pernod and never understanding Nietzsche any more than he could understand why his constant, tuneless whistling through his teeth drove us all to fits of rage at which he would always grin apologetically (was it real insanity or merely malice?) and quote Zarathustra accurately but never to the point.

Marvelously mad Jim Bailey, an early mentor and perhaps best-loved friend, forever fleeing the Mormon-born demons of his youth, leaving his art behind on coffee tables and landlord's walls when overdue rent forced him to carry his search on to new spaces, content that by his stern and private ethics code his art - as yet unsullied by compromise - was more than adequate recompense for temporary shelter.

And Alan Giles the black actor who could beguile and bed more women with tales of his missing testicle than most men with two could ever do; only twelve course hours away from three degrees at the university and working as a redcap at the Union Pacific station so as not to lose track of his cultural roots, introducing me to the black street scene and forcing me face-to-face with the paradoxical reality of violence and criminality and the mystique it conferred upon its disciples, the attraction and repulsion stirring the socially caged murderer in my soul and leaving me confused and scared and determined finally to somehow understand it.

There is Greg Daniels, tall and awkward and everybody's friend, in love with jazz, and grass, and the never-ceasing surprises of existence; he and I drunk and crazy tired (up all night) and diving off a wooden railroad bridge into the Provo River and talking between dives about the night I made love to Sandy Alvita (Greg's lover and Nick's wife) while Greg was stoned and trying to act straight in front of his parents during a Christmas Eve celebration.

In the war there were Kim, and LiLi, and my other family, the squad - the Dancer, Mongoose, Jerry, Mike, Shakey Jake, Chris, the Sandman, the Lieutenant, and of course, as time went on, the others, the new guys. Each of them added something of himself or herself to the equation, sometimes simply by being, sometimes at greater cost - through involvement. What they didn't, couldn't, or wouldn't give I took, stalking them until I found the secret, the sigh, the word, the touch or idea, the pain or joy, the hate or fear I needed to complete a part of the puzzle of myself.

In truth, I endeavored to be kind, to give back something of myself for all I took, but ultimately I cannot but wonder whether or not I am guilty of the unkindest act of all - to have created myself with the reality of our momentarily interwoven lives.

Me? I was born in the early days of World War II and finally woke up in the middle of a Kerouac novel with Ginsberg screaming 'Balls!' at the factories, James Dean dying to become a hero, and Leary not yet ready to forsake his rats for the whispered hints that with the right combination of chemicals reality can he trusted to betray you.

Already finished with my first hitch in the Marines, I'd smoked my first grass two days before JFK got wasted by a poor dumb son-of-a-bitch trapped in a maze of political rhetoric with which he was trying to explain himself and who was ultimately not so very much more screwed up than I was at the time. But I wasn't ready to confront that yet, so like everybody else, I tried to make a conspiracy movie cut of it, entirely missing the fact that a group conspiracy makes no more sense and is often less deadly than one conceived and carried out in the privacy of a single deranged psyche.

It was a long time before I dared get stoned again, and I've never recaptured my innocence. After last night, I may be freed of trying. Perhaps it's time to start my letter to Jim, to explain to him, to move on to another time and place. But there is not yet enough light to see clearly, and I am not yet free of the demands the memories make. Perhaps soon...

Afterimages is an emotional roller coaster of a novel built on a well-crafted structure of philosophical ideas as pertinent to our time as they are unique. Through the eyes, feelings, and memories of the fifty-six-year-old narrator, the reader is carried on a darting, dizzying, dazzling journey back and forth across time and space -- from a childhood in the forties in an alcoholic home, through school, Vietnam, and the heady decade of the sixties, to confrontations with biologists and bears on vision quests in the Arizona mountains, and the return of old dragons and old loves threatening a treasured and hard-won security and peace.
The novel examines love and love's relationship to violence in a variety of guises as it plays out the emotional, philosophical and behavioral transformations the narrator undergoes during his forty-year quest for the understanding necessary to find someplace to call home. And woven throughout, implicitly and explicitly, a penetrating commentary on the changes taking place at the same time in the culture. Reading it may challenge you, enlighten you, anger you, touch your heart, or confuse you. It is unlikely to leave you unchanged.

Gordon Mustain is a 57-year-old writer, philosopher, and jewelry artisan living in Tucson, Arizona. A Marine Corps Vietnam veteran, he is the co-author (with fellow Tucsonan Stoney Livingston) of the novel Apache Tears, published in 1996. He has written for several daily and weekly newspapers and his short fiction, poetry, and essays have appeared in The Awareness Journal; Man, Alive! ; Alchemy; Scene; Talking From the Heart; and The Los Angeles Free Press.

'I've been writing on Afterimages for more than thirty years, now,' he says. 'Every time I thought it was done, the scope expanded. Somewhere in one of the early drafts I found a character saying something which I've tried to live up to in my writing ever since: 'Before you presume to ask someone to spend part of their time, man, part of their holy life which they can never get back, reading something you've written, you better make damn sure what you're giving them to read is worth that kind of investment. If it's not, then you're stealing their life in bits, you dig? Now, when you're sure you've got something as real and important as life itself for me to read, then ask me again.''