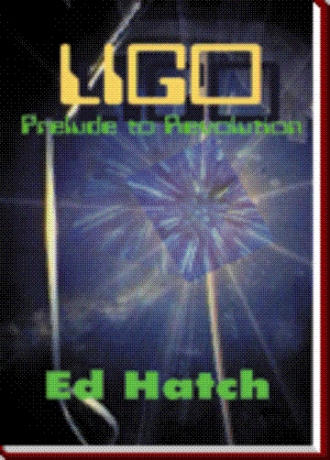 The two Laser Interferometer Gravitational-wave Observatories (LIGO) are designed to detect gravitational waves and are expected to provide a powerful new tool for exploring the universe. They will not. Clearly, gravitational waves are real, but the LIGO observatories will not be able to detect them. This book tells us how and why this LIGO failure may ultimately trigger the most radical change in theoretical physics since Einstein's introduction of special relativity in 1905.

Ed Hatch, near the end of a thirty-year career in the computer sciences, became aware of his brother Ron's Modified Lorentz Ether Theory (MLET) and found it too fascinating to put aside. After retiring in 1991, he has since spent most of his free time examining the implications of the theory. This involved reading extensively and included development of some computer simulations of some fundamental phenomena based on the MLET model.

Since MLET predicts some very explicit and generally unexpected results with regard to some planned experiments, Ed felt it important to make these predictions known before the experiments are fully operational. Ed wrote this book to create awareness of the MLET predictions and to introduce the basic theory.

The author of the theory is Ed's brother, Ron. Ron Hatch is the current chair (an elected office) of the Satellite Division of the Institute of Navigation. This is the organization that conducts the premier conference relating to GPS, a conference typically drawing over 2,000 people to the sessions and exhibits.

Ron has been working with navigation and communications using satellites since 1962, when, still in college, he worked for the U.S. Science Exhibit at the Seattle World's Fair demonstrating the Doppler effect on the signals received from the TRANSIT satellites of the Navy Navigation Satellite System. This system was developed by John's Hopkins Applied Physics Laboratory, where Ron worked developing navigation algorithms immediately following college.

In late 1993, after many years of working for others, Ron began what proved to be a very successful private consultation practice that included such clients as NASA, FAA, Motorola, and Leica, the Swiss survey company. In 1995, he, along with four other consultants, started NavCom Technology, which has grown into a successful GPS and satellite communications company employing more than 50 people. Although full time at NavCom since 1997, Ron has maintained some independent consultation work with others.

In 1994, Ron was awarded the Johannes Kepler award for 'Sustained and Significant Contributions to Satellite Navigation' from the Satellite Division of the Institute of Navigation -- only the fourth recipient of this prestigious award. These 'sustained and significant' contributions were made over many years. He's received eight patents relating to GPS and satellite navigation, with several more in process. Among contributions not patented, is a technique Ron developed for removing much of the noise caused by electromagnetic reflections from the fundamental Global Positioning System measurements. This technique is now employed in virtually all GPS receivers and is referred to in FAA algorithm documents as the 'Hatch filter.'

Ron's understanding of the GPS system includes awareness of the effects of gravity and velocity on precision atomic clocks and other important relativity effects. His Modified Lorentz Ether Theory came from a driving preference for rigorous understanding, rather than from any personal desire to significantly impact theoretical physics. But in the course of that effort he became convinced that acceptable understanding of relativity effects could only come with a radical departure from consensus thinking. MLET, in its current form (including the prediction that LIGO will not detect gravitational waves) has far surpassed his original, rather modest goal.