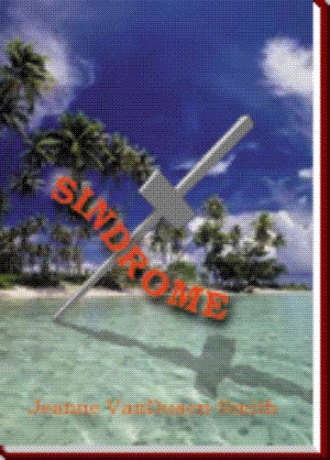 Maybe she should have let them know she was coming home. But they hadn't answered her last two letters. It was odd, since they'd grieved so when she left, not wanting to let her go to England two years before.

She drove down the tree-lined street in her rental car, thinking that in only two years, the oak and elm trees had matured, the rose bushes fuller, laden with blooms. Both cars are here, she thought. She turned onto the cement driveway and pulled-up behind the big white Cadillac. Rows of multi-colored Zenias, two feet tall, lined one side; a literal hot bed of scorched, late summer blooms. Once out of the car, the lush scent of the gardenias that bordered the front porch made her dizzy with nostalgia. The brass door knocker broke the spell. To no avail. She could imagine her mother's voice, reprimanding her for losing her key. In reality, there was silence; dead silence. Suffocating heat. Even the birds, perched on the oak trees that surrounded the house, were still.

She stepped to the picture window and peeked inside. The art deco showplace had always reminded her of a stage set-two overstuffed pale green barrel chairs, a pastel-pink sectional, an oak-and-glass coffee table. Two large prints of panthers stalked a tropical forest at the far end of the room. Time seemed suspended, like a catch of breath. She knocked on the door again, snapping the stem off a cloud-white gardenia, inhaling , then rubbing her thumb across it's thick, waxy leaves. Perhaps they were in the back patio, sipping a Tom Collins.

She walked around and up the steps to the raised island, thick with flowering shrubs. She saw the small, ivy-covered grave adorned with a tiny cross. She'd buried a little yellow canary there herself so long ago.

Both canvas swings swayed slightly although there seemed to be no breeze. The dry heat diminished her air supply. She jumped as something brushed her ankle. It was Lacy, the family's treasured cocker spaniel.

'Well, hello, girl! Where are mom and dad, hmm?'
Now she was sure her parents were about. They would never leave Lacy unattended. But where were they? She trekked back to the rear entrance, the kitchen door. She rapped hard now, several times. The dog began to whimper. She turned the knob. Unlocked. She pushed open the door.

'Mother? It's me, Eden. Daddy? Where are you guys?'
Jiggs, their parrot, let out a jagged shriek from his hanging cage beside the giant rubber tree. Eden froze in place. Lacy raced past her, headed for the master bedroom. But something held Eden back

The telephone jangled from the desk beside her. Her shoulders tensed, as she waited, hoped, for someone to answer on another extension. It continued to ring. She started for it, but resisted picking it up. The parrot began to make low, rumbling sounds; hostile sounds. The birds in the aviary joined in chorus. She ventured deeper into the sanctuary, haltingly, as if against her will. Jiggs shifted his weight from side-to-side, head cocked-eyeing her with one slate stare. She stepped out of the sunken dining room and up into the hall, toward the bedroom.

'Daddy?' There was a slight tremor to her voice. 'Mother! I'm home. Are you here?'
She drew closer to the opened bedroom door, Lacy waiting for her, whining. When she reached the threshold, she looked-in, then covered her mouth to suppress a scream. There, one lifeless body slumped over the other, were her parents, their skin ice-white, with a tinge of grey. The Kewpie Doll face of her mother, mouth agape, was still rouged and powdered. A pool of crimson blood begat a tributary stream that dripped from the white linen sheet onto the carpet. A picture of Eden, as a child, had fallen out of her father's hand. She staggered backward down the hall and through the airless mausoleum to the out-of-doors.

Sindrome is an action/adventure novel about the life of beautiful Eden O'Shea, a young woman caught up in an international struggle between the spiritual leader, Sai Rabah, and the evangelical ruler, Billi T. Tyler. With the help of a handsome government agent, Hans Dusson, she survives the danger and destruction planned for her, as she dares to seek the truth about the murder of her parents and her own identity. Eden is out, not only to expose the false prophets, but to find her natural mother, who was victimized by one of them. There is romance, political intrigue, and a touch of glitz, as Eden travels to Great Britain, Amsterdam, Rome, and the walled city of Quebec, in her quest.

Jeanne Van Dusen-Smith , M.Ed., N.C.C., is a counselor/therapist in Alexandria, VA. She can be reached on the World Wide Web: www.askgenivee.com.