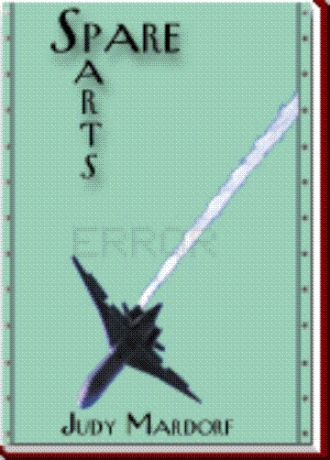 "Did you bring certification for those parts?" The captain spoke with a heavy Corsican accent.

A tremor ran through Higgins. "Yes, most of them," he said, removing the satchel's contents.

"Why not all?" The captain stood, moved away from his chart table.

Higgins gulped. "I couldn't get all spec sheets that quickly.

But these should get rubber-stamp approval from the FAA." Higgins handed him altered approval documents for certified flap indicators and landing gear.

"Do you know what happens to ineffective people?" The captain spread his legs, folded beefy arms across his chest.

"Do you know what happens to crooked CAA Surveyors?" His remark tumbled out before he could catch himself, borne of anger arising from fear. Surprised at himself, Higgins noted an amazed expression on Andropoulous's face. "You could lose your certification source."

The captain appeared to consider Higgins's words. He dropped his arms, glanced briefly at the documents. Then, just as quickly, his pensive expression gave way to intimidation. A towering figure, he stepped two paces toward Higgins, who backed up. Higgins detected garlic and onion breath.

"You betta not be lying to me, my little pigeon." The captain's voice was soft, barely audible. "Get me that last document before I leave port."

"When is that?" Higgins hated deadlines, especially impromptu ones.

"I can't promise. It all depends on getting the right information. Flight Deck instruments have precise specifications. I cannot dream them up."

"Use your sources. Or I'll use mine and not for paperwork."

"I'll do me best." Higgins worried about how he'd get the information.

"So will I. Either get me that cert plan, or else." He handed Higgins a white letter-sized envelope.

Higgins opened the envelope, verified it contained British currency. He dared not count it here.

"What's it this time?" Higgins fingered the envelope.

"Engine bearings and spacers. Turbine blades will be delivered to you. Soon."

"Unapproved overruns for certified quantities, or were these parts rejected?" Higgins swallowed hard, hoping they were simply overstock and his question wouldn't unleash Marco's capricious temper.

"Because I'll have to vouch for them."

"I'm not paid to ask questions." Marco scowled, stepped to the door. "Now, go, pigeon." He opened his cabin door. "Fly back to your nest."

Higgins walked briskly to the main deck, down the gangplank, relieved his meeting had been a short one. His mind raced. What did instructions inside the envelope direct him to do? He told himself if it didn't pay enough, he wouldn't do it. He would refuse. But could he? What had happened to the lad? How could Higgins conceal double-dealing? He'd walked almost to his car when he heard a scuffle, a scream of pain, a splash. He broke into a run. 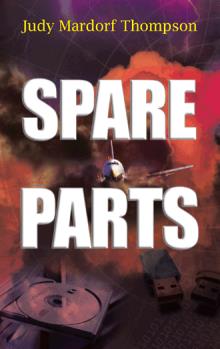 In Spare Parts, Claudia Martin, an avionics engineer at Duffet Commercial Airplane Co. (DCAC), finds a serious software anomaly which could threaten the integrity of the Flight Management Computer system -- and that could bring down a jet. Her boss, an ex-lover, chooses to overlook her warning in order to meet the accelerated airplane development schedule. But Claudia's own values will not allow her to agree to let it go. Claudia finds her professional reputation challenged, her career at stake. When a local flight crashes under mysterious circumstances, she accepts the call to adventure that will change her life forever.

Claudia approaches the FAA where she is offered a job as an undercover mole. She teams with FBI Agent Wyatt Richardson to examine bogus parts issues. Their sexual tension serves as a subplot highlighting rivalry between governmental agencies. Wyatt regards bad hardware to be the issue, but Claudia disagrees. She pursues her quest for the hidden cause -- bad software. But that is only the tip of the iceberg. Lurking beneath it all is a sinister plot to ruin DCAC by a EuroAire-owned subcontractor. What begins as an investigation of flight-critical software and bogus spare parts explodes in global dimensions, becoming a race for market share and air safety, and threatening Claudia's life.

Judy Mardorf has worked in the electronics, communications, computer software, and aerospace industries for many years. She is widowed, and lives north of Seattle, near her two married daughters.

In 1991, Judy's essay was published in Newsweek's My Turn, and Reader's Digest. In 1994 she self-published a true story, 'WHEN A DRUNK DRIVER KILLS.' Judy has appeared on four TV programs: the Oprah Winfrey Show, Northwest Afternoon, CNBC TV's The Real Story, and Nerissa At Nine.