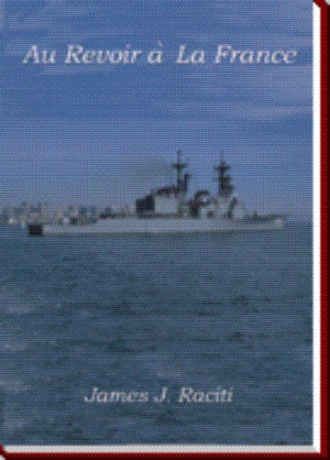 Tommy was now propped up against a railing on the lower deck. It was the second day at sea of an eight-day voyage on the USS. Rose. Like most of the troops, he knew the ship was going to Germany but he had no idea of his assignment after that. He thought back at the promises Lt. Michols made to him about assuring him an assignment in special services. "Do this last show for me and you'll never see another supply document again." Michols had said to him only a week ago. Michols swore he had arranged everything for Tommy. The day the assignments came out, Tommy learned that the whole company was going to Zweibrucken, Germany for supply duty. Were there any exceptions? No.

Still a believer, Tommy thought there was some mistake. He tried to reach Lt. Michols by phone, but he was never there. Tommy had been had. He promised himself to do the remaining months of his tour and get out of the army for a real life. The salt air and the sun felt good on his face. Hundreds of soldiers sat around on deck in small groups. Details had not yet been assigned, so the men had a few hours of relaxation. It was better by far on deck than in the stuffy bunk area below where the air was unbreathable.

Tommy had measured the sleeping space between bunks - a meager 18 inches, bunks stacked up to the ceiling. He could hardly imagine spending eight days under such conditions.

On deck, he felt better. He tucked his chin down into his field jacket as if to escape the unfriendly world, much as a turtle might draw its head into its shell. He was so impatient to get back to civilian life. In the early fifties, there were only two possibilities for military service - draft or enlistment. Tommy was drafted so a two-year tour was a necessary evil. He smiled to himself as he thought about putting his life on fast-forward to get through this unpleasantness quickly. How nice it would be to become a spectator to your own life, rather than a participant when things got rough. No, not possible. He would be forced to travel every inch of this impossible road in the most primitive of vehicles. The loudspeaker, which had been issuing forth instructions and assignments for the past fifteen minutes, had successfully invaded Tommy's thoughts. "... report to the B Deck on the double." Sandy turned to Amati and said, "Hey Stud, they're lusting for your body."

Again the loudspeaker crackled, "Private Amati report to the B Deck on the double."

"I guess it's K.P. for you my friend, volunteered Sandy Banks. "It's better to get the kitchen detail out of the way now before all the vomiting starts." Tommy thanked his new friend for his vivid description of the sticky handrails and slippery walkways. Tommy had gone to Europe in his sixteenth year aboard the Cunard Lines and remembered how rough the seas can be. It was quite a different experience then.

The recreation room on B deck had been transformed into a floating orderly room. Tommy had to hold on to the door with two hands to keep it from being ripped out of his hands by the wind. As he approached the captain's desk, he managed a military salute and mumbled, "Private Amati reporting, Sir."

The captain looked at Tommy for a full minute without speaking. Was this sorry sight of a human being in dirty fatigues and baggy field jacket the one who was to be put in charge of the entertainment? "Are you Private Thomas Amati?"

Captain Morris shrugged, shook his head and turned to the First Sergeant. "Why don't you go and have your coffee now, while I talk to Amati." The NCO lost no time leaving the recreation center. Captain Morris was from the old school of thick-skinned officers. Life had never been easy for him and consequently he made life for those around him just as miserable. He spoke with a heavy southern Mississippi drawl. "Are you Italian?" he sneered.

"My parents were born in Italy but I was born in Philadelphia. I guess that makes me an American." Tommy answered.

"That's what I mean. I never met an Italian yet that was a good soldier." Morris said.

His pronunciation of Italian came out Eye-talian.

"Have you ever seen an Eye-talian that was a good soldier?" Morris pressed.

"Well, I have and greaseballs are the worst kind." Morris was waiting for a reaction but saw nothing in Amati's cold eyes. Tommy had learned street fighting early in life from one of the toughest neighborhoods in south Philly. He knew that survival sometimes meant waiting, but he also knew he was no good at waiting for long. A smile crept across Amati's face inspite of himself. He was imagining himself pushing his foot down the captain's throat.

"I was thinking how pleasant our conversation has been so far - pleasant tête-à-tête with no one to overhear us. It would simply be your word against mine." Tommy said.

"What are you getting at?" Morris asked.

"What I'm getting at, Sir, is that you are a stupid ass." Amati spit out his words.

Morris was around the desk in a flash but Amati didn't move a muscle.

"I'll have your butt court martialled for this." Morris shouted.

An iron-like bite came into Amati's voice as he looked straight into the captain's face.

"That's fine with me if your reputation can stand an investigation. Someone who has shown such stupidity as you have in the last few minutes has surely made himself known in the past. You wave your ignorance like a flag and it will betray you in the long run." Amati's voice was steady and cold. Morris gaped at the young soldier, hardly believing his ears. 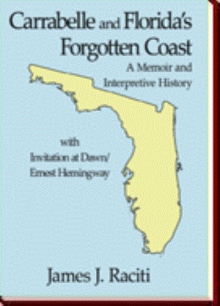 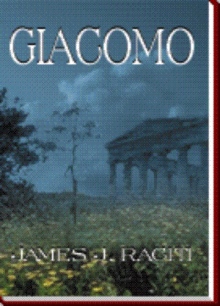 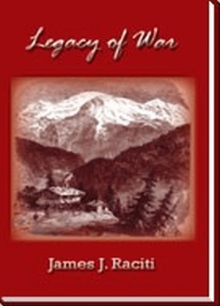 The story takes place during the years 1954-56 in northeastern France, in the fog and shadows of the Maginot District of old Verdun.

A young Italian/American, Thomas Amati, of unusual musical and theatrical talent is drafted into the army. He is pressured into putting his talents to use in providing entertainment for the senior military leadership during basic training and later aboard the troop ship USS Rose going to Europe. During the Atlantic crossing, he falls in love with an air force colonel's wife who is only a few years older than he is. Months later, after an ill-advised trip the lovers take to Italy, the colonel wants to remove the young soldier from his installation in France to face a court martial in Germany, under charges of illicit sexual relations with a married woman. Secretly, the colonel has fabricated a much more serious charge against Tommy - murder!

Flashbacks of Amati's youth show key moments during the ten years he spent in a private school for fatherless boys in Philadelphia and how these events have shaped his current life. Thomas does not know that a Mafia boss, Gino Messina, gunned down his father, Tony Amati. Feeling guilt for betraying his best friend Tony and close to death himself, Gino decides to seek out Thomas and make amends by taking him under his protection.

Au Revoir à la France tells about an international manhunt for this young man as he escapes the CID authorities in France and attempts to return to the States.

A native of Philadelphia, Dr. James Raciti has spent more than twenty-five years in Europe as an educator. His graduate degrees are in comparative literature from the University of Grenoble in France and the University of Zaragoza in Spain.
He has written two books of poetry: Charles and Dabs of Myself. He has written and produced two plays: The Song of Roland and Invitation at Dawn.