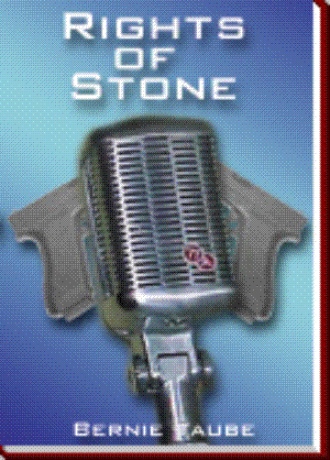 The lone figure sat quietly in his car watching as four people walked down the concrete sidewalk towards the house. The black, 1986 Mustang was his real love. He had an emotional attachment to this car like some guys might have for a girlfriend, only he treated the car better. He traded his beat up 1981 Subaru for the Mustang in 1990, that and 4400 dollars. The Mustang only had 37000 miles on the odometer, and it was in perfect condition. He liked the 3.8 liter fuel-injected V6 engine. It had plenty of power and did not use as much gas as the 5 liter V8, plus it kept his insurance normal. The Subaru had been an OK car, but he never took care of the regular maintenance, and things started falling apart. It was his own fault for letting things go. It didn't matter because now he had his own muscle car, and he loved just sitting in it. He looked down the street again.

The painted white rocks that stood out on either side of the walkway that led from the main street sidewalk to the house were exactly as he had read on the directions. He purposely parked a half block up on the one-way street so he could observe who was going into the house. He did not want to be the first or the last one in; when he saw three more men parking in a minivan, he opened his car door, stepped out, locked the inside button, closed the door, and briskly walked to the house so as to enter in front of the three men from the van.

The house was deceiving in size from the outside. From the angle Aron was watching, he could not see the large L-shape portion of the house extending some forty feet towards a rear alley. The shrubbery and trees also obscured the view from the side. As he entered, a man and a woman greeted him and told him the meeting would be held in the downstairs clubroom, and there would be refreshments on a table in the back of the room.

He walked down the stairs bending down slightly to avoid hitting his head on the angled ceiling. The basement area was very cool so he was glad to be able to pour a cup of tea from the refreshment table. A small card on the table was situated in front of the tray of cookies and small pastries; the writing was in English and Hebrew and said the food was kosher and parve. Aron assumed the greeters at the front door were the owners of the house and were Orthodox Jews. The neighborhood was known as being a predominantly religious area with no less than a dozen synagogues within walking distance.

From a stereotypical view, Jews have been portrayed as being pro-gun control. Even Aron thought it was odd that this gathering was about to take place in a religious enclave. He had seen the flyer on a desk of a coworker; he knew exactly where the street was located in Northwest Baltimore, since he himself was raised not far from the area. He kept the house number in his mind in case he decided to go. The coworker must not have been interested; the flyer sat in his trash can later that day.

Aron's reason for coming was to hear Solomon Levy speak. Mr. Levy was a survivor of the Warsaw Ghetto uprising, but his name was never mentioned along with the more famous heroes who escaped through the sewers as the Nazis destroyed the Ghetto building by building. Levy had killed many soldiers, and he had the foresight to take a uniform that fit him off a dead soldier. As the end became inevitable, he changed clothes, climbed over a wall, feigned illness, and was taken to a hospital on the Polish side. He made his escape from the hospital before anyone had time to check his papers. Tonight, Levy was going to address a group of thirty to forty about gun control.

Aron never owned a handgun. This does not mean he never had exposure to handguns. Actually the first time he held anything resembling a gun was a pellet gun that belonged to someone in his family, probably to his father. Aron was 5 years old, and knew where it was stashed in the parents' bedroom closet. He did not know where the pellets were kept; and he lacked the physical strength to cock it sufficiently to create the pressure needed to fire a pellet even if he could find them.In the fifties and sixties, Aron could not think of anyone who lived in an urban area who did not watch television. There was a steady stream of TV shows that fed a diet of westerns: Hopalong Cassidy, the Cisco Kid, Roy Rogers, the Lone Ranger, Gunsmoke, Batt Masterson, Have Gun - Will Travel, the Rifleman, Bonanza. There were more; some still on TV today.

It did not take much intuitive intelligence to figure out how cowboys, lawmen, and outlaws used their tools for the various activities they pursued. In particular, it was obvious all you needed to shoot someone was a gun or rifle. You pointed the weapon at an intended target you wanted to hit, and you pulled the trigger. The good guys always seemed to hit their targets, and if the villain was not particularly bad, usually only a non life threatening wound was inflicted upon the bad guy. It was amazing how accurate the good guys could be; from 40 feet away and drawing from the holster, the lawman could knock the gun out of the outlaw's hand; he did not have to kill. The running battles on horseback provided even more miraculous results-- no horses were ever shot. As an adult, Aron now believed children back then were being used as laboratory tests for future educational television. From approximately the age of 5, every one of his playmates knew how to shoot a gun. They learned from watching TV. What was more interesting was that all his friends wanted guns as playthings so they could emulate the action heros of the time. He figured this was a good argument for incorporating brand name products into the actual shows; you could eliminate the commercials. Needless to say, the toy stores provided everyone who wanted them a wonderful selection of fake six guns and rifles from which to choose.

In his teenage years, Aron's parents owned and operated a small corner grocery store in Baltimore. During the sixties, the problems of drug addiction were already causing a corresponding increase in crime. Store hold-ups were the objects of discussion among the various store owners who sometimes met through various organizations, but his father refrained from buying a gun until he was the target of an attempted armed robbery.

An assignment to monitor pro-gun radio talk show hosts and screen pro-gun publications leads an FBI team to a much broader plot involving an assassination attempt against an anti-gun U.S. Congressman. In the course of their investigation, the agents discover there is an attempt by senior officials in the government to force a repeal of the Second Amendment - The right to bear arms.

Bernie Taube is a computer specialist working for a large agency in the Baltimore metropolitan area. He is a graduate of the University of Maryland, Baltimore County where he earned a Bachelor of Arts degree in Economics. He served in the U.S. Army for three years starting in August 1968, one year of which was a tour of duty in Vietnam from March 1969 until March 1970. He resides in Ellicott City, Maryland with his wife Adele.