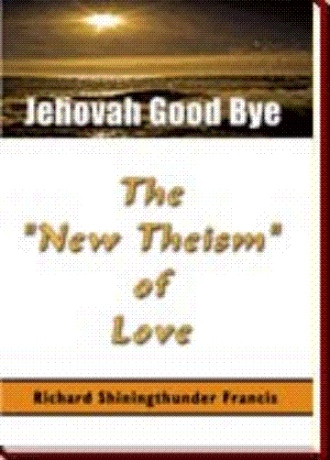 Chapter 1. RELIGION EVOLVES: WHERE DID WE GO SO WRONG?

Stupendously stupid is how we would regard anyone who tried to run a business or school by using a four-thousand-year-old manual; no one in her right mind would even consider seriously jumping into such a foolish venture. For everything has radically, irreversibly changed and evolved since the world of four millennia in the past, and that book would be incredibly, spectacularly irrelevant.

But when it comes to religion, the rules of common sense go out the window. People don't think twice about the matter, and don't bat an eye-lash. It is as if we are talking about a different world, with different rules. In this "alien world," it seems like a great idea to follow a four-thousand-year--old rule-book! All of a sudden, progress is seen to be a bad thing; so are learning, the asking of questions, and the doubting of authority. These are generally recognized as signs of healthy independence in other contexts, and hence, of good mental health. To put the matter simply, when it comes to religion, many people are mentally arrested.

A line of progress exists from primitive times to the present; somehow, many people have become "stuck" at some point along that line. Where, then, are they paralyzed? Those extreme fundamentalists who insist on the literal infallibility of every word of the present Bible have been fossilized or ossified at the very beginning of the story. Theologically, they are still at a very early stage, paralyzed at about four thousand years ago-- roughly comparable to where the Hebrews were at the beginning of their extremely long and complex spiritual evolutionary journey. They worship exactly the same very ancient god, the proto-Jehovah, and they still take literally the commands of this ancient faith to be those from the mouth of God, to be followed literally and unquestioningly. For them, obedience is a major virtue, and independent thinking a sin. Casually and carelessly, they dismiss as "modern," and thus, as evil, all progress that has been made during the many millennia that separate us from the proto-Jehovists of the second millennium BC.

To complexify matters, their manual is not only extremely old, written for a different culture, religion, and time, but it has also suffered the major insult of having been translated many times. And during each translation, small changes crept into the manuscripts, so that the "Holy Bible" which we have today might be quite dissimilar to the original. The literalistic fundamentalists also lazily dismiss this objection, for to them it signifies a lack of "faith." At this point, though, it becomes obvious that their "faith" is not in God, but in the "Book." Technically that is idolatry of a special form called "Bibliolatry," or worship of the Bible. And, according to their own strict views, this is a sin.

For them, the major and greater sin, however, is learning and asking "forbidden" questions. Their dogmatic, inflexible stance once existed in science, art, literature, government, history, and other fields of endeavor, but was long ago surpassed by the more progressive and elastic mode that recognized that nothing could ever blossom in the arid desert of authoritarianism. Thus, while this "carved in stone" attitude has been dismissed and out-grown in almost every other human pursuit, in religion it still dominates certain mind-sets; indeed, it is often a badge of honor of which dogmatists are actually proud.

There still exist, shamefully, groups in religion that will expel, excommunicate, or disfellowship anyone who dares to ask open-ended, open-minded questions, and who dares arrive at the "wrong" (officially disapproved) answers. Indeed, our current religious views are still so primitive and backwards that there are religious groups that suggest that women be beheaded for driving cars! Other groups expel men for not having facial hair, while still others expel them for having it!

And the long history of religion is equally monstrous; it is filled with every form of incomprehensibly evil atrocity, brutality, prejudice, and bigotry. Religion has been responsible for more torture, agony, suffering, and evil than secular forces. But how can we explain this contradictory fact? The purpose of religion is to make people more ethical, more moral, more just, more kind. And the tenets of the major religions do indeed call people to a higher and more noble life, even though people do not always respond. The finest precepts of Christianity and Buddhism, for example, are often totally neglected by those who claim to proclaim them.

The problem might not be religion per se as much as it is the god at the center of most Western religion. For people tend to become very much like the gods whom they adore, and throughout most of Western history, we have all-- Christians, Jews, and Moslems-- worshiped a god who is less than perfect. This god-image is very, very ancient, and reflects the barbarity and primitivity of much earlier times in history. He was a ferocious god worshiped by a ferocious people-- a band of tough, belligerent, often cruel, semi-literate desert-dwellers engaged in constant, continual warfare.

The development of this god-image is usually regarded as a quantum leap in the spiritual evolution of the early peoples of the Middle East, because, according to the popular interpretation, it introduced monotheism. Actually, however, the proto-Jehovists were clearly polytheists. Like the worshippers of other gods in the desert, they saw their god as superior, as the greatest of all the gods. But the idea that only one god actually existed would have been quite terribly alien to the earliest Hebrews, as it would have been to the Moabits, Amorites, or other tribal groups.

Indeed, although we, with modern prejudice, tend to see the Hebrew faith as spectacularly unique and original, it actually contains very few specifically Hebraic concepts which cannot be traced to other, older religions. For, contrary to the dogmas of

, by Richard Shiningthunder Francis, is a passionate but reasoned demand that we, as a culture, abandon the archaic and hideously dangerous god-image of our primitive, ruthless, savage ancestors of the twenty-first century BC. Although virtually ubiquitous in fundamentalist churches, this volatile, perilous war-god from the past simply has no valid place in an age where we have the weapons to destroy planet Earth.

This explosively controversial book is refreshing, because it provides a workable, viable alternative. The new God, of the new age, must be reformulated from the "big daddy in the sky" image, to a God who is actually defined as Love itself. This new God is not a person, separate from sentient creation, but is a state, a process, a powerful interior potential. Describing the new God as universal Mind, Richard Francis clearly elucidates the various levels and layers of mind, with special compassion and tenderness towards all those tragic, disappointed, and bitter people whose prayers have gone ignored. He also displays a soft spot in his heart for atheist who have felt "forced" to give up on God. The book also presents a practical explanation for the phenomenon of "evil."

It is also a real and valuable guide. After considering the historical and theological dilemmas of the old god-myth, Part II of the book illustrates and describes a simple, step-by-step implementation program. Thus, the book is a priceless tool for those who actually want to improve their lives. As a single dramatic example, the book describes a simple method, which you can use immediately, to absolutely, completely rid your life forever of all disappointments. Dozens of other realistic patterns are described in detail for actualizing the Way of Love-- not a religion, but a spiritual Way of life.

Reading this stunning book will change, for the better, the way you think, and live, for the rest of your life.

Mystic Richard Shiningthunder Francis is a startling new voice in the chorus of twenty-first century religion. He is a major spokesman for the Universal Love Movement-- not a religion, but a Way. Founder of the science of "agapology" (the field of psychology specializing in love), he has served as religious consultant to Time, Newsweek, and "Sixty Minutes." Besides Jehovah, Good Bye, he is the author also of Superlove, Love Is God, and Tao Now (a new rendition of "The Way of Virtue").

Francis has been the subject of three television-series – "The Psychology of Spirituality," "The Way of Universal Love," and "Spiritual Awakenings." A participant in the International Assembly of World Religions, he has spoken on national radio in Europe, and now hosts a regular program, "Heartmind," which features practical spirituality and metaphysical discussion. He has also spoken on major stations throughout the U.S. Founder/president of Love Ministries, Inc., a spiritual-education enterprise, he has written widely for the "new age" and metaphysical press, as well as for the mainstream. He has conducted participatory seminars from Maine to Florida to Arizona, and in Europe. He does not charge for any of his educational work or counseling. He is architect/designer of Shalimar Counseling Center. A life-design consultant and psychospiritual advisor for over twenty years, he is former managing editor for Lovespirit and Cosmic Visions magazines. He has written sixty-eight educational booklets, discussing nutrition, psychology, history, religion, spirituality, and various life-patterns. Francis served as consultant for the Holistic Medical Center and the Center for New Age Studies. He is known widely in the native American community as "Shiningthunder." Having served as an instructor in the international Theocratic Ministry School, he taught English in a village in Guatemala, and now lives with his wife Maria in Worthville, Kentucky.