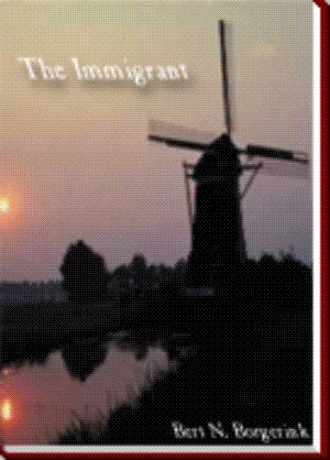 The sunrays were hitting his face when he woke up.

He looked up through the french doors leading to the balcony. The doors were open because, although it was October, the weather was unusually warm, and he stared at a beautiful blue and cloudless sky.

Bart got out of his bed and stepped onto the balcony in his under shorts.

The birds were singing, and since it was Sunday, it promised to be a great day of leisure.

Of course, he would have to go to church. His parents always insisted that he go to mass with them.

He used to be a choir boy for many years, but now at twelve years of age, he had become bored with the choir and the church. Too regimented. Tuesday and Thursday evenings choir practice, and every Sunday at 9.30 mass, singing in the choir. Besides, he had a lot of homework to do. Every

Monday,if it was safe, the kids went to the parish hall were the teachers would hand out their assignmentsfor the following week. His school did not exist anymore. It had been bombed, so the kids were on their own trying to learn as much as possible with the help of the parents.

He looked down the street and saw a man walking his dog. It was Mr. B. Actually, his name was Mr. Baruch, but everyone called him Mr.B. His dog was a schotch terrier named Hein.

Mr. B. owned a store selling ladies dresses. He was a kind man, but a few weeks ago he had been very angry at him and the other kids when they had taken an empty tin and had tied it to the dog's tail with a two foot piece of rope. They had then chased the dog, and the faster the dog ran, the more noise the empty tin made as it bounced up and down on the street behind the dog.

The dog had gone crazy with fear and both Mr. and Mrs.B. had chased the dog for many city blocks before they had finally caught up with the dog, and relieved the dog from his agony.

His mother had sat him down in the kitchen and had lectured him on his bad behavior.

She had said,'Bart,that was a very bad thing you and your friends did, not only to the poor dog, but to the Baruch family as well, they are a Jewish family that have fled nazi Germany were they were badly treated and their lives were in danger , and now, here in nazi occupied Holland, they are no longer safe either, in fact, they are thinking of going under-ground before the Germans find out that they are living here.'

They would certainly be picked up and send to a concentration camp, they have enough on their minds, and they might even think that you boys did this as an anti-Jewish gesture.'

They really had meant no harm.

Hans and Werner were his friends, in addition to Jan,Frans and Geert, and some of the girls had been there also, Wies,Tilly and Griet.

They had all gone to Mr.Baruch's house and appologized, and they had offered to run errands for them and to clean their back yard.

As he turned around looking back into his bedroom, he saw his own dog, Tommy, on the bed still sleeping. Tommy was a strange breed, somewhere between a miniature pincher and a chiawawa, and weighed about 9 pounds. He was completely black, except for a white spot on his chest, and his eyes were a very dark brown color. Tommy was always by his side.

It was still very early in the morning, and he decided to go back to bed for a little while.

The Immigrant is a compelling story capturing the life of a young man and his wife, both having a Western European background and trying to make a new life for themselves in the New World.

The fictional story begins in the 1940s when both lived in Nazi-occupied Holland.

The story is of a somewhat autobiographic nature featuring adventure, erotica and true to life situations.

It deals with controversial human issues, beliefs, and lifestyles that many readers will be able to identify with.

The Immigrant is definitely a book for the mature adult reader.

Bert N. Borgerink, B. Comm., has held various General Management positions with Multi-National companies and also managed his own business.

In the seventies and eighties, he was the Executive Director of a large agency providing programs and services for Developmentally Challenged persons.

He has traveled to many countries and has counted many immigrants among his friends.

He started writing non-fiction in the early nineties and has now begun to write fiction.