One Step Too Far 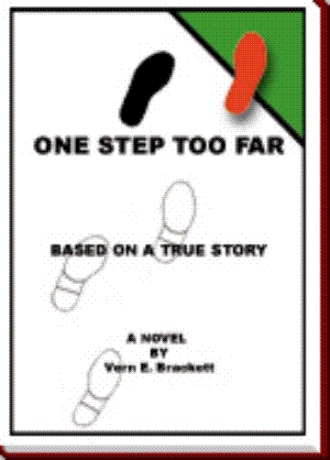 When Celia and Colt decided to move to the Alabama-Florida gulf coast from Virginia in 1973, they were glad their only son, Rick, then 23, had chosen to go with them. All went well for Rick until 1983 when he was told: 'Talk to no one about this or you will find yourself on a one-way walk in that Mobile River Delta Swamp of yours! You should have taken our secret oath, Omerta, when it was offered to you. You cannot leave us, Rick; not alive! You know too much. But now, so do we!'

Mickie, 27, had been reared in Pensacola and completed three years at Pensacola Junior College. She had been a little wild during her teenage years, also. She loved sex and had the great body and pretty face that attracted quite a few lovers. Two abortions had proved it. Then along came Rick to end her promiscuity.

She and Rick first met in 1978 at the Flora-Bama Lounge on Hwy. 182 at the Ala./Fla. state line. And it was love at first sight. They married six months later. Each had admitted that their past was tainted and should be left undiscussed, and it was. They vowed fidelity to each other and that their marriage would begin a new life and an unbreakable bond between them of true friends and devoted, faithful lovers, forever. And that's the way it was; that is, until Rick was forced unwittingly into breaking his vows to Mickie. And he would never forgive himself for it!

It started one day in 1983 when his boss in the drug smuggling business, Carlo, phoned him and told him to meet him and two more 'made' men for a drink at Nolan's Restaurant and Lounge on Hwy. 182 in Gulf Shores. About once every three months or so Rick would get a call like this. It was known among Raker-crew Team Leaders, of which Rick was one, that when called you went whether you wanted to or not.

These innocent-looking meetings were serious in as much as it was how the organization did cross-checks on its employees by having other bosses evaluate their counterpart's activities and further to see how his underlings were developing, i.e., growing towards becoming qualified for promotions to higher responsibilities. Rick had been through a number of these screenings over the last four or five years and knew just how to cover for Carlo and himself. Carlo had trained him well but evidently, not well enough this time.

American book-readers and TV-viewers are seeing more and more documentaries and books covering only the violent activities of the illegal drug cartels or, separately, the bottom-level street crimes created by dealers and users. But, little, if any, has been shown or written about the people within the four inner-levels between the top and the bottom: The people that export the products from Columbia; or the people transporting narcotics between countries; or the folks handling the contraband on the coasts; or the men and women making up the intra-country pipelines just above the street-peddlers. Yet, thousands are involved in the middle where the odds of being caught are 100 to 1! One Step Too Far is a mainstream action/thriller novel, based on a true story, about a family of cabinet-makers living on Alabama's Gulf Coast in the 1980s who, unwittingly, got pulled step-by-step into a level of drug distribution, called 'Off-loading and Raking,' that submerged them in smuggling, murder, intrigue, and betrayal. Why they were, after making millions, forced by the cartel's drug czar to retire (or be shot) and then set completely free makes an exciting story that warrants and gets a very explosive ending!

Following a thirty-five year career of marketing and manufacturing, Vern spends much of his time writing stories about the many interesting people that he met while traveling the U.S. In between chapters, he is an avid Harley-Davidson rider. He resides next to the Mobile River Delta in Creola, Alabama.