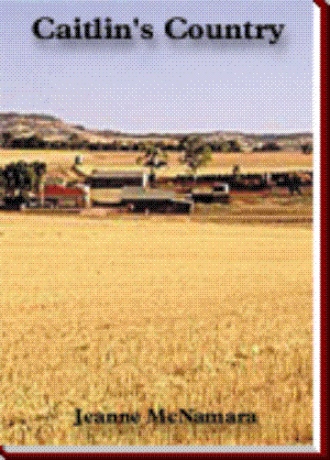 CHAPTER 1
'Why don't you think about coming to live in Australia with me?'

I put down the phone with my father's words ringing in my ears. Australia? It was so far away, and my parents had been divorced for years. My father was almost a stranger to me. And his land was a foreign country.

'What did your dad have to say, dear?'
Aunt Natalie was in on the conspiracy, of course. She knew why my father had called from Sydney, Australia. Aunt Natalie and Uncle Tim had three children of their own. I had taken one of their bedrooms when I came to stay with them. I must be a nuisance, even though everyone had been so kind after I lost my mother. 'Dad wants me to go and live with him for a while,' I said, quietly.

'What do you think about that idea?' Aunt Natalie asked.
'I don't know. I've never even visited there.'
'Well, you know you'll always have a home here with us.' Aunt Natalie reached for a cookie-cutter in the drawer. We were in her white New England kitchen where she was always baking and washing-up and picking up toys.

'Your dad? Don't you remember him?'

I shook my head. 'He sounds young on the phone. What does he do, for a job, I mean?'

'He used to be a journalist.' Aunt Natalie carefully pressed the cookie-cutter into the dough. She was a pretty brunette, like my mother had been. 'You could go to Australia for the summer. If you don't like it there, you can come back to Boston in time to start school in the fall.'

It was a good thought. I was fifteen, and in the tenth grade. I could come back to America if I didn't like living with my father. After all, I had moved all the way from Texas to be with Aunt Natalie, my mother's younger sister. In some ways, Boston was foreign - the weather, and the way people talked and dressed. 'Do you know why he went back to Australia?' I asked.

'Your mother said Australians don't make good migrants,' Aunt Natalie said. 'Life is easy Down Under, and your dad missed the gum trees or something.'

'Could I buy a return ticket? I would feel better if I knew I could come home any time I wanted.'

Aunt Natalie set aside the cookie tray. 'You don't have to go at all, if you don't want to---'

The telephone intruded again. Aunt Natalie reached to answer it. 'It's your dad again.'

I took the phone. 'Well,' the male voice on the other end of the line asked, 'have you decided?'

I couldn't help giggling. If I knew nothing else about my father, I knew now that he was impulsive.

Caitlin's Country follows the adventures of a fifteen-year-old American girl from Texas who moves halfway across the world to live with her father in modern-day Australia. Caitlin tries her best to fit into her new life in the quaint, historic town of Emu Plains in New South Wales. Her father, an antique dealer, lives in a very old cottage which was part of a farm in Australia's early convict days.

One afternoon while she is wearing a colonial costume for History Day at school, Caitlin is unexpectedly befriended by a young artist named Ainsley Allen. Ainsley has never heard of Texas or seen a digital wrist-watch! As she struggles to understand her strange friend and where he comes from, Caitlin also deals with the problems of school, making new friends -- and getting to know her father again.

Jeanne McNamara grew up in Australia and has lived in Texas for the last ten years. She has been writing since she was eleven and truly enjoys writing for young people. Though things have changed tremendously since she was a teenager, Jeanne McNamara says that some things haven't changed at all. 'The feelings are still the same -- love and joy and sadness are still love and joy and sadness -- for everyone.'

As well as in her writing, Jeanne McNamara finds fulfillment in her family, and being around young people in the school she helps run in Texas. She has a particular interest in Australian history and the geography, place names, and historical references in Caitlin's Country are all authentic.