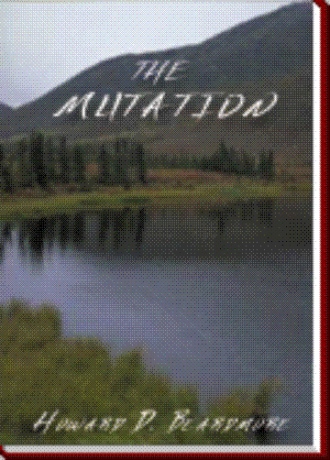 Western Blot: Positive; Donor, Alexis Miegher. 'This isn't going through channels,' thought Susan Bradish as she reached out, for what she was not sure, taking the bag of blood from the counter. She removed the identifying label and dropped the bag into her oversize purse.

Somehow, women seem to carry purses far larger than they need. This time, however, its capaciousness was welcome. If only it could have been the mouth of a black hole from which nothing, even light, ever escaped. That had been the easy part. 'How many times' thought Susan, 'in the past few years I've worked for the Red Cross, has the blood being donated turned out to be positive for HIV? Donated by people not aware of their infection.' This frequency had been increasing for the last several years and thus far medical science was powerless to prevent the inroads of something much less complex than an amoeba.

Viruses, are not in the traditional sense alive; but, neither are they dead. Often they are referred to as the 'undead,' their rereplication the courtesy of the cells they invade. These cells are normal body cells of their new 'host'; thus illustrating their incomprehensible ability to 'know' when their symbiotic relationship with their natural reservoir is threatened.

You now live in the era of the superbugs. Bacteria and viruses that have either found their way around existing drugs designed to control them, or have been smart enough to outfox the best medical science has had to offer. Herpes, both oral and genital, the latter for a while creating a legion of 'untouchables' and now HIV, proliferating at a frightening rate in many of the countries of the world. In the United States, thanks to an act of congress, HIV carriers are protected by law so they are free to spread, unmolested, their fatal disease to me and to YOU!

We are still reasonably well protected because HIV has not yet learned how to travel by droplet infection, or air, as has the Ebola-Reston Strain of viruses. But, even before that fateful day, one small mutational step by the HIV virus will move this novel from the category of fiction to the frightening reality of non-fiction and will be one giant leap -- backwards, for mankind. This adventure then, takes its heroine, Alexis Miegher, through a scenario that, with this one possible mutation, could happen to us all!

An inexorable sentence of death, time frame variable, followed some months later by a raging desire to live ... both incidents a result of Alexis' lack of immunity and her second deficiency was something for which she would ever be grateful.

Those striving to learn the source of her infection took many blind alleys. Then one day, unaware that it was the source, it revealed itself, thus involving the governments of many nations in a massive eradication effort that would be undone by a second mutation.

The possible occurrence of the first mutation had originally been considered then discounted. Not possible; but now with the worldwide emergence of deadly mutants of once harmless bacterial and viral forms the world stands almost defenseless against a scourge of unseen invaders finally having marshaled their forces to do battle with the most recent intruder of their realm -- Homo sapiens.

Alexis' second lack of immunity brought to her a wonderful almost unbelievable life that in the beginning was filled with joy, wonder and heart-rending frustration but ultimately her life was totally fulfilled.

The source of her fulfillment was Evgeny Kahlenkoff, whose pathways till their meeting had been many and diverse. Kiev, Neuschwanstein and finally Atlanta, indeed the Norns could have rightly argued that he had been 'sent.'

Their days were real, Alexis' medical practice with her father, Evgeny's duties at the university as a professor of music. Their nights to a degree unreal in the big old house that had become their home -- their escape. But as the problems of the world were reaching a frightening climax that would culminate in the deaths of countless millions their days became surrealistic and unbelievable.

Thoughts of the future gave way to the total realizations of each day yet in Alexis' and Evgeny's minds as they rose into the sky on their long flight to Australia there was their hope that in a land so far away, a potential for tomorrow existed, the haunting notes of the Liebestod still a mystery to them both.

His long term interest in health maintenance and the prevention of disease was brought to a fine point by the lanceating invasion of the AIDS virus into the lives of all Americans, particularly when there appeared to have been a transfer of the virus from a health care provider to a patient. While no definitive vector of transfer was ever established, many of were considered and one of the early suspects gave rise to this novel.