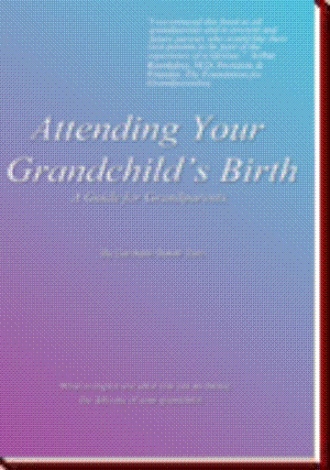 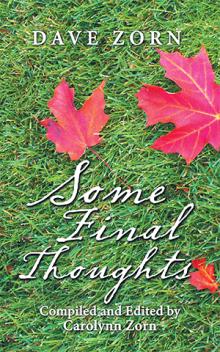 Have you been invited to attend the birth of your grandchild? Are you reluctant to go or are you looking forward to it?

In her book, Attending Your Grandchild's Birth: A Guide for Grandparents, Carolynn Bauer Zorn, a grandmother who has been there, answers your questions about what happens during a routine hospital birth and what you can do if you are there.

If it has been twenty years since you were in a maternity ward, you probably realize that things have changed a lot. Perhaps you were sedated during the birth of your children and have never actually seen a baby being born. This book will prepare you for the birth experience by providing basic information, useful tips, little known or obscure facts and personal birth stories. By witnessing the birth of your grandchild, you will be sharing a moment in history that is life changing - a life transition for all - as you become a grandparent and your children become parents.

Besides birth techniques and labor management practices, Attending Your Grandchild's Birth also has a chapter on ways a parent can be responsive and helpful to a daughter or daughter-in-law during her pregnancy and a chapter which covers safety information for a grandchild's visit. This book is required reading for all the millions of baby-boomers who are becoming grandparents whether they decide to attend the actual birth or not.

Carolynn Bauer Zorn left her career as a sales engineer to pursue writing full time. She has a degree in Sociology from the University of Detroit/Mercy.

Carolynn grew up in Phoenix, Arizona where she attended Phoenix College. She lived in Chicago and Seattle before settling in the Detroit area where she raised her four children. She is also the grandmother of five.

She now resides in the Phoenix area with her husband, Dave, who is a retired news broadcaster.

Her grandmother, Florence Marvyne Bauer, was a prolific biblical novelist and her grandfather, Dr. William Waldo Bauer, was a popular writer of health and family books.

Carolynn is a former member of the Ventura County Writers Club and the Society of Children's Book Writers and Illustrators.

Carolynn is currently working on a book about her career as a Sales Engineer in a male dominated arena. She is an active writer, reporter and blogger who has been published in the LA Times and other respected publications. See her website at attendingthebirth.com.