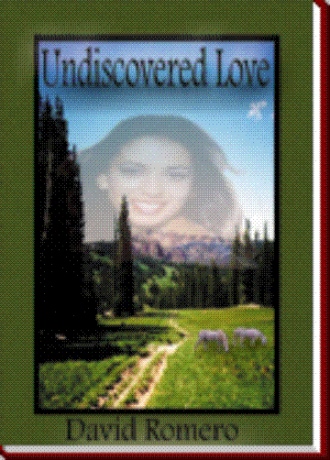 In the Northwest there is a valley, bordered by the majestic Rockie's to the east and the beautiful Cascades to the west. Here the mighty Columbia River gently flows through valleys and meadows from its headwaters of glaciers in Canada. From towering snow-covered peaks to rich green rolling foothills, down to the valley floor, the land is a scenic wonder. Go west! The cry of the past century. The dream of a better life drew many from the east. For some, their journey ended here. This would be their new home. Others continued on in search of gold while those who settled here saw their golden opportunity in the rich soil. Over a century has passed since that first call to go west. The land that had shown great promise is now a major agricultural region. Small communities dot the landscape supported by farmers and ranchers. Families whose traditions and roots parallel the orchards and crops they grow.

In the small town of Bridgeport there is a combined hardware and grocery store. In this valley, news travels through stores like these.

Today, a woman enters the store not only to look for goods, but also to look for conversation. 'How's the vegetables today, Ethel?'

Ethel runs the food part of the store while Russ, her husband of forty-two years, tends the hardware section. They have two children, Les and Ruth, seven grandchildren, with one more on the way. Ruth is expecting her fourth child, in eight months. Both children moved far away from the small community of Bridgeport to find a different way of life in the big city.

'The asparagus and broccoli are beautiful. They are showing a lot of color this year. We just got a new shipment in last night. We also have a great deal on Idaho potatoes, ten pound bag for a dollar,' Ethel responds.

Ethel and Mary have known each other all their lives. Both of their relatives could be traced back to the original settlers. Mary's parents brought her to this very same store when she was a child. Ethel and Mary grew up to be best friends. When Ethel married Russ, her high school sweetheart, no one was happier for her than Mary. Ethel was the eldest of three daughters. It was she and Russ who took up the responsibility of running the store when Ethel's parents grew too old and eventually passed away.

Mary had married later in life. It happened unexpectedly. A new family had moved into area. They were cattle ranchers and had several sons. The eldest son Dustin took a liking to Mary. Soon they were married and took up residence in the foothills fifty miles away from the town of Bridgeport. It was there that Dustin and Mary built their home. They had forty acres of their own to farm on and endless miles of beautiful foothills to raise cattle.

Soon Justin, their only child, was born. Mary had many complications with her pregnancy and was told that this would probably be their only child. It didn't matter to these proud parents as Dustin cradled his four-week-old premature son.

Twelve years later the scourge of cancer shattered Mary's dreams when Dustin fell ill and passed away. Widowed and alone with her son, Mary moved back to live with her parents, never to marry again.

Amazingly, it was Justin that showed great strength and character. As he grew older he spent all of his spare time up at the ranch raising cattle and keeping up the place. It was here that his memories of his father were the strongest. Nineteen years have passed since his father's death, but here on the ranch Justin's memories of him are as clear as yesterday.

'That's the buy of the season, ten pounds of Idaho potatoes for a dollar. I'll have to buy some of those. So when's the next grand baby due Ethel?'

'Well in eight months if all goes as planned. You know these new fangled doctors; they know everything about babies before they're even born. I'll be leaving in six months to be with Ruth to help her with my other grand children.'

Mary smirks back. 'You mean I'll have to put up with Russ while you're gone. He doesn't know the difference between cauliflower and broccoli.'

This story is for all ages and is set in the world we live in, with all its seductive lures and promise of sustained pleasure. A love story for young people who give away their precious gift in a moment of passion only to discover that passion without true love only disappoints. A colorfully written story that will keep you on the edge from start to finish.

Flashing strobelights and arrhythmic poses welcome the reader into the big city world of Supermodel Desira Anderson. Green rolling hills speckled with wild flowers of every color prelude the snow capped mountain peaks of the Cascades. The crisp clean air of the Northwest is all that Justin Carter has ever known. Both are single. Both are very content with their lives. Neither is looking for a relationship. One is estranged from their family. One has experienced a great tragedy in regards to their family. They will meet in an unexpected way. What will happen next? You will just have to read it for yourself. Interested? I hope so.