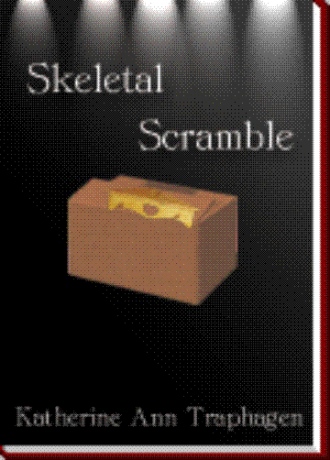 Eric was having a restless night. Several times bad dreams woke him up. Finally, he decided to get up and turn on all the lights in his trailer. This was the kind of time he preferred having a small space. It felt cozy and comforting. He had the place fixed up just right. Most of the furniture was used, but it was all comfortable. Everything he needed fit, and it made life easy.

He could not just go back to sleep. His conversation with Melissa troubled him. What if his brother-in-law was right? What if he was guarding his ancestors' skeletons? What if inadvertently he was one of the people holding them captive?

The thought left a bad taste in his mouth. He decided to smoke a joint and think it through. Some music would help that along. He put on his favorite album, 'Fly Like An Eagle.' It relaxed him and set his mind free.

What disturbed him most was that no matter how harebrained Steve's conclusion's were, the underlying facts he quoted were usually accurate. Checking them out was another matter. Who could he ask about that? Should he ask? Should he rock the boat at work and risk being labeled untrustworthy or a troublemaker? After all, he was totally unsupervised right now. He could do anything he wanted to there.

There was nothing to stop him from searching the storehouse at night by himself. There were ways to tell what race skeletons were. He could look that up, maybe they even had a book in one of the offices.

And then what? When and if he found a Native American skeleton, then what? Should he resign? Should he stay and protest? Would either of those things help? Would anyone there care if he quit? Probably not. The only thing that would accomplish was to lose a good job and mess up his own life. Should he ignore the whole issue and figure that someday he would be in a better position to make a difference? What else could he do, walk off with them?

That was it! He would walk off with them, and why not? As far as he could tell, the place was a mess. No one looked up anything there. There was no organization or inventory that he knew about. There was so much stuff they never even looked at, they might not notice for a quite while. In fact, they would probably never notice at all.

To protest the museum's continued possession of Wampanoag skeletons, a Native American activist makes a bold statement. Dr. Caleb Russell Emerson, one of the museum's most noted archaeologists, receives a package and embarks upon a clandestine project. Eric, the night watchman at the museum's storehouse, begins a secret mission to rescue the bones of his Wampanoag ancestors.

Susan, the new administrator at the museum's storehouse, is afraid she is going to lose her job, if not her mind. She is certain someone is moving the useless relics in the storehouse around, but she can't imagine who or why.

Will they ever straighten it all out?

Katherine Traphagen has written two novels, Anomaly Adventures and Skeletal Scramble, as well as a screenplay, Nice To Meet You.

Originally from Erie, Pennsylvania, she lived in Boston, Massachusetts for fifteen years. She graduated from Michigan State University in 1982.

Ms. Traphagen's main career has been Blood Banking. She has also forayed into genealogy, real estate, and tarot card reading.